In a town ruled by sin, will he earn her love or her lies?
Dodge City—1877
Sadie Sullivan lost everything when a herd of longhorn cattle bound for Dodge City trampled and destroyed her farm. Now she works in Dodge—one of the most wicked and lawless towns in the West—at the Northern Star Saloon. But her survival in this new world of sin and violence depends on maintaining a lie so deadly it could end her life before the town of Dodge can.
The one man capable of unraveling all of Sadie's secrets is Noah Ballantyne, the Texan rancher whose herd destroyed her home. Back in town and taking up the role of deputy alongside legendary lawman Bat Masterson, Noah vows he won't leave until he's made things right. But with the saloon’s madam unwilling to release Sadie and a rich cattle baron wanting her as well, the odds aren’t good for finding love…or leaving town alive. 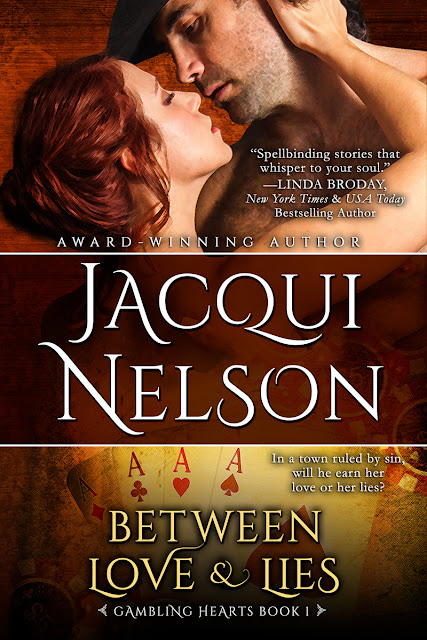 South of Dodge City, Kansas—1876
They were destroying everything: the tiny apple tree she’d sheltered in the wagon during the long, sweltering journey from Virginia; the fence she’d devoted weeks to repairing over the winter with scraps of deadwood; the vegetable garden she’d sown during the first whisper of spring and painstakingly coaxed to life every heartbeat since.
All trampled, devoured, gone.
Sadie glared at the beasts, eyes burning with tears of hopeless rage. They were thin, ugly creatures, wielding heavy horns that stretched out of their skulls like spears. Texas longhorns, the Devil’s helpers. In the middle of them rode Lucifer himself, sent straight up from hell to torment her and tear away everything she’d slaved to build.
She tracked the long-legged, solid-built cowboy as he steered his horse through the milling animals, angling toward her and her father—and their sod house which, she realized with increasing dismay, was also in danger of being leveled by the heaving mass of cattle. The intruder, similar to all the other Texas drovers, was covered in a layer of trail dust so thick it hung on him like a second skin. But it was one of the only things he and the other men had in common.
While the rest hollered and cracked whips over the backs of the beasts in their charge—trying to persuade them to return to the trail—this man urged his charcoal-colored mount through the river of hide and horn, making a beeline for her.
His silence, along with his ability to guide his horse with remarkably little effort, infuriated her. As the distance between them shortened, unease crept up her spine. His gaze was unwavering, never leaving her.
She tightened her grip on the ancient shotgun clutched at her side, and concentrated on her anger and frustration, transferring them from the longhorns to settle solely on him. She did not want him to come any closer.
Yanking the shotgun up to her shoulder, she took aim.
The cowboy straightened in his saddle but otherwise did not acknowledge her hostile action. Nor did he slacken his pace; if anything, he bore down on her even faster.
Damn him to hell. Her finger tightened on the trigger.
Something slammed down on her shotgun, pitching the rusted barrel earthward. The buckshot tore a savage gouge out of the clay in front of her and kicked up a cloud of dust. The blast forced her to stumble back.
Her father’s red face inserted itself between her and the cowboy. With a curse, he jerked the weapon from her grasp.
As she stood gawking at him, the cattle, spooked by the shotgun blast, bolted—fast and in every direction. Her father sprinted toward their lone plow horse, scrambled onto its back and galloped away from the cattle and her.
She shouldn’t have expected anything different. Still the hurt came. Sharp and deep. Once again he’d thought only of himself. He’d abandoned her in the center of the herd, alone and defenseless.
I’m going to be trampled, she realized. I’m going to die. 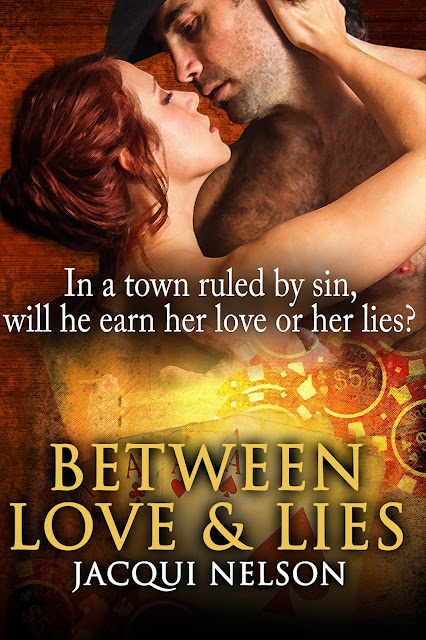 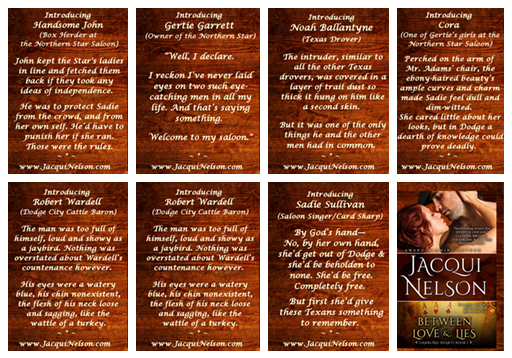 Jacqui Nelson writes historical romantic adventures set in the American West. Her stories include an Oregon Trail scout, an ex-Rebel spy turned government rabble rouser & a Dodge City cardsharp gambling with love & death. Those are her heroines. Wait till you meet her heroes! Her love for the Old West came from watching classic Western movies while growing up on a cattle farm. She's been nominated for over 20 awards and won the RWA® Golden Heart® for historical romance & the Laramie® for western romance drama.