I would like to introduce everyone to Arthur, otherwise known as King Arthur, or Arthur Pendragon. Yeah, I know, right?

There are many legends and stories surrounding Arthur and whether or not he existed at all. Many think he is a story, just as he is told today, and never existed. The legend many people know today gained popularity from a book called The History of the Kings of Britain (Historia Regum Britanniae) written in the 12th century by Geoffrey of Monmouth.

Throughout most of the old tales one theme runs true: that Arthur was a just and powerful ruler, a king that Kings aspire to live up to. Many tales feature his legendary sword: Excalibur, and some his beautiful wife Guinevere (never know how to spell that), and even further some feature the somewhat loyal knight Lancelot.

Lancelot and the love triangle between the three wasn’t actually an original theme and many
believe was added to the lore years later when love triangles were popular in French literature.

When it’s all said and done, Arthur is my favorite book character of all time. I fell in love with him at 14 when I read The Mists of Avalon for the first time. He’s always been so powerful yet so vulnerable due to his inherit good nature.

I hope you read his book and fall in love. Also, there is a new movie coming out next year with Charlie Hunnam playing Arthur. Apparently he won’t be a good guy from the beginning, which should lend a new twist to the old tales. I can’t wait to see what Guy Ritchie is going to do with the story.
You can find him and his happily ever after in my most recent release, King Takes Queen.

Blurb:
Legend states when the King Arthur is needed most he will return. What if the legends are wrong?

Maggie Sanders gave six years and two feet of her now scarred and twisted body to the United States Army. She received a thank you note and a discharge in return. Effectively booted to the curb Maggie tries to pick up the pieces of her life until her revival is interrupted by one smoking hot immortal.

Arthur Pendragon, legendary King and military leader, has been trapped on the mythical island of Avalon for 1500 years. When he is thrust from captivity to the modern world he has to fight to stay there. Too bad for him, she has more fight than he anticipates. With the help of Maggie and a teenage Merlin, Arthur sets out to end his torture and free the rest of his comrades from imprisonment. 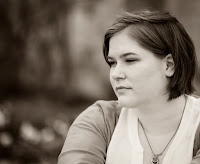 Monica Corwin is an outspoken writer who attempts to make romance accessible to everyone no matter their preferences. As a new Northern Ohioian Monica enjoys snow drifts, three seasons of weather, and disliking Michigan. When not writing Monica spends time with her daughter and her ever growing collection of tomes about King Arthur.