Promo: Cover reveal for FALLING FOR HER ENEMY by Victoria James

We have some cover love for Victoria James' upcoming release, Falling for Her Enemy, that releases on November 9, 2015. 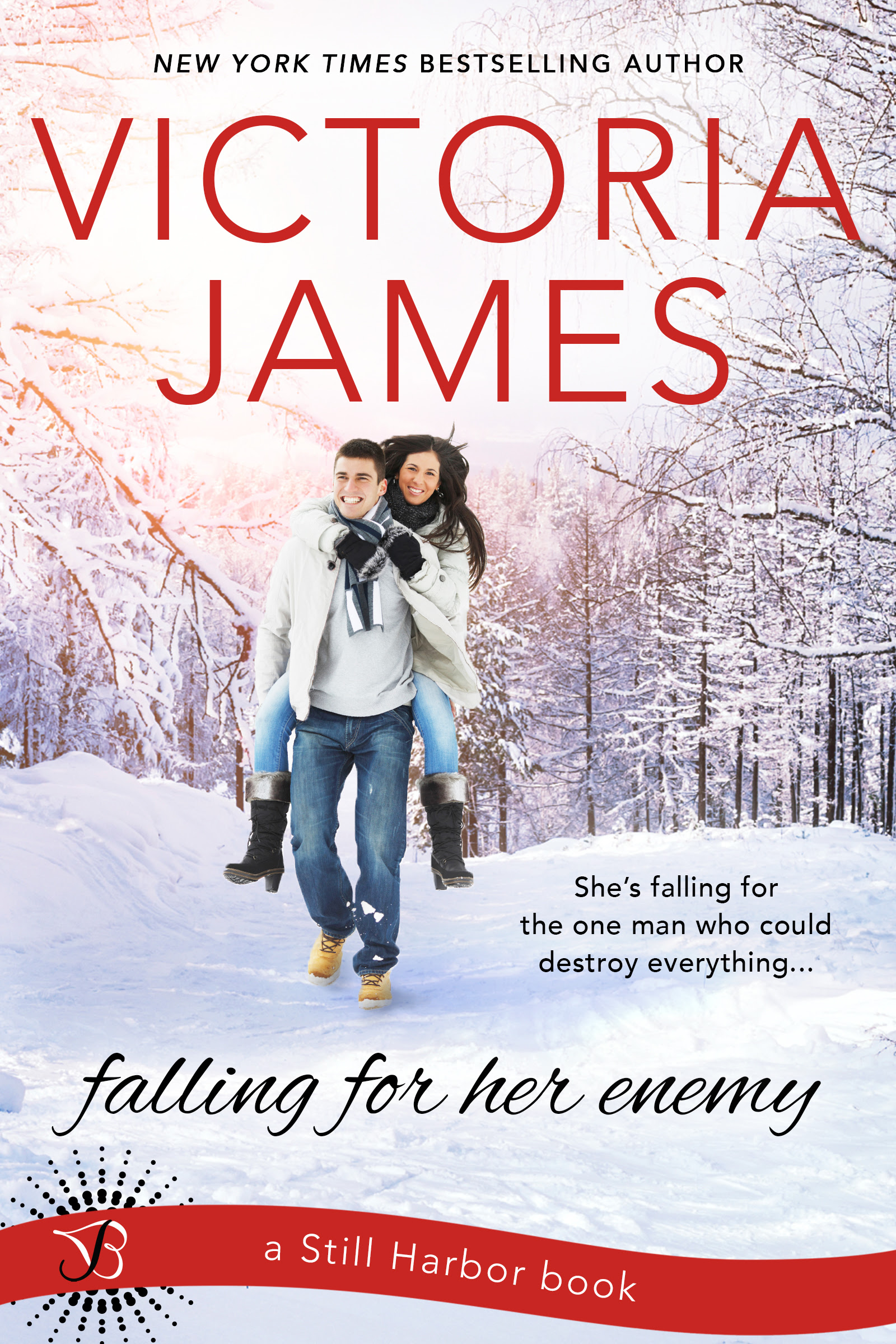 About Falling for Her Enemy:

She’s falling for the one man who could destroy everything…Alex McAllister always dreamed of a life filled with the laughter and love of a family, but being abandoned at a young age left her wary of letting anyone in. Now that she’s settled in Still Harbor, Alex struggles between keeping her distance and the magnetic pull of the handsome stranger who claims he’s the biological father of her adopted daughter.
Hayden Brooks never wanted to be a father. Long hours spent building his family’s real estate empire suits him just fine. But when he discovers an ex put the baby he unknowingly fathered up for adoption, his world crumbles. He tracks the child to Still Harbor with the intention of bringing her home—and comes face to face with his daughter’s stunning adoptive mother.
The paternity test is in. And Hayden’s about to make the most shocking decision of his life, just in time for Christmas…

Falling for Her Enemy can be read as a standalone but also check out the first Still Harbor book, Falling for the P.I.