Promo Spotlight: OUT OF TIME by Shona Husk 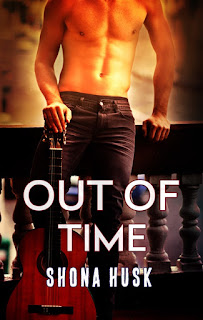 1.  Tell us about your newest release.
My newest book is Out of Time. It’s book three in the Face the Music series about an up an coming band. With this series I wanted to look at what it was like for a band before they became big, so they are struggling to make ends meet. Mike, the hero of Out of Time, has fallen back on his trade. He’s thinking about dropping out because his Mum is dying and he can’t face touring.

2.  What was one of the most surprising things you learned in creating your story?
Even though I knew one of the characters was going to die I didn’t expect to be so painful when I wrote it. It hurt and I felt really bad for Mike. I was also surprised at how daring Ava was; I thought she was going to be much more reserved.

3.  Do you have any interesting or quirks or rituals?
Not really. Probably the strangest thing about me is that I don’t drink coffee (however I love the smell of freshly ground beans). When I sit down to write I open up my laptop and just start.

4.  What authors or friends influenced you in helping you become a writer?
I had grown up reading fantasy novels so that is what I started writing when I was on maternity leave. I love that paranormal romance combines my love of world building with a HEA. While I write several different romance genres these days I still love sinking into another world when reading.

5.  What does your family think about your career as a published author?
My hubby and kids have been very supportive, as has my sister.

6.  Besides writing, what other interests do you have?
I love cross stitching (the really complicated designed that take years to finish—or maybe it just takes me years because I do so little each week) and running and martial arts.

7.  Can you tell us what is coming up next for you?
The last book in series, Out of Chances, will be out in November, but between now and then I have a paranormal romance out, Taming the Assassin, and also a short and sexy m/m novella Secret Confession: Backstage—Kelly (part of a rock star themed mini-series with five other authors). I also have a new SFR series starting soon with Desire to Fall.

8.  How can readers connect with you online?
Readers can find me on facebook: www.facebook.com/shonahusk
And twitter: www.twitter.com/ShonaHusk
Or join my new release newsletter http://mad.ly/signups/119074/join

Out of Time
The fabulous New Adult series from Shona Husk continues: he wants to shut out the world; she wants to invite it in…

Mike Peterson has learned the hard way that the good really do die young. He and his mum only have each other, and now she’s losing her second battle with cancer. He wants to stay with her; she wants him to keep following his dreams. He doesn’t have long to decide and the rest of the band is waiting on him. Whatever choice he makes, he will lose.

Living at home has become impossible for Ava Brand. Her very religious, very traditional grandmother would like to see her married off to a nice Indian boy. But Ava wants to make her own choices. Meeting Mike gives her a chance to rebel.

What starts off as easy rapidly becomes complicated, as their problems expand and emotions bubble to the surface. Neither has time for complicated, as Ava’s family discovers her extra-curricular activities and Mike has to make incredibly hard choices. But love never waits for the perfect time, and Mike and Ava are going to have to decide if they’re playing for fun, or playing for keeps. 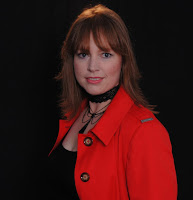 Shona Husk lives in Western Australia at the edge of the Indian Ocean. Blessed with a lively imagination she spent most of her childhood making up stories. As an adult she discovered romance novels and hasn’t looked back.

With over forty published stories, ranging from sensual to scorching, she writes contemporary, paranormal, fantasy and sci-fi romance.

‘I don’t know why I texted you.’ Her lips curved into a small smile before she pinched her lower lip between her teeth, as if to stop it from spreading. ‘I just wanted to get out and thought that if you were close by …’
‘And here I am.’ This wasn’t awkward at all. What were they doing?
She nodded and her gaze skimmed over him. ‘And here you are.’ She took a step closer.
He could reach out and touch her, yet he didn’t. He hadn’t been this hesitant in a very long time. But Ava wasn’t some random chick whose name he didn’t know or couldn’t remember. Her name was etched inside his skull. ‘Did you want to go for a walk?’
‘Why not.’ She flicked him another little smile.
Why not indeed, he wasn’t sure what else they were going to do. This was outside their usual activities. They walked down the road a bit toward the foreshore. He was aware of her arm when it brushed his. And while they had sat close after a ride, this felt different.
How different did he want it?
He wasn’t sure. He liked what they had and that they could talk and there were no complications. But his fingers brushed her hand and then her fingers were linking with his and then they were holding hands before they reached the grassed foreshore.
Around them people moved, walking from wherever they’d parked their car or jumped off the bus. She wouldn’t want to be down here when the show started, not when she could be watching from her balcony with her friends, plus they’d wonder where she was. He glanced back up the road toward the hotel.
‘Guess I should go back.’ She didn’t sound entirely convinced.
‘I’ll walk you.’ He didn’t care if he missed the whole thing. They went back the way they’d come.
They were almost there when she stopped. In that heartbeat, he knew this was about to get complicated and he wasn’t going to do a damn thing to stop it. He’d wanted her the first time he’d seen her. The heat of the evening was on his skin and her touch was under his skin.
If she invited him up, he’d follow.
Fuck. He had no condoms.
Maybe she did … but the thought brought him up short. He liked her. He didn’t just want to sleep with her. If he did that, then what happened next? Did they go back to just being friends … is that what had been happening, or had she wanted more from the start?
It was complicated already. He’d been pretending otherwise because Ava was a very pretty distraction.
A quick screw never brought this headache, neither had making love with a girlfriend. He wasn’t sure he remembered how to do that. It had been too long.
She looked up at him and stepped closer. ‘I remembered why I texted you.’
‘Uh-huh.’ He’d kind of got that. He was sure his heart was about to self-destruct in a frenzy of lust and anticipation.
He put his hand on her waist. He knew she was all lithe muscle. Her riding gear had given him plenty to think about in the shower. She probably wouldn’t find that flattering. After giving her a moment to pull away—she didn’t—he drew her a fraction closer.
Neither of them moved. Her lips were tilted up, and her fingers were locked around his. He drew in a breath. If he crossed the line, he wouldn’t be able to uncross it. He didn’t need this. His life was a mess that he couldn’t afford to screw up further. His dick pulsed. It had only been a month, not even a full month. It wasn’t going to drop off if it didn’t get used.
‘Kiss me,’ she whispered.
Any resistance he’d had was shattered by those two words. He leaned down and brushed his lips over hers. All other thoughts melting away.
She wanted him and he needed her. But he didn’t rush the kiss and neither did she. It slowly deepened from first kiss to more. Her free hand slid over his chest to land on his shoulder. He closed the last few centimetres between them.
Still she didn’t pull away.
There were too many people around to do more here. But he moved against her, leaving no doubt about what he was thinking. She gasped then swayed her hips.
He wanted to pick her up and have her against the nearest wall—which had been his first thought the first time he’d seen her. Her hotel was only metres away. He was pathetic, drawing boundaries, only to ignore them when he changed his mind.
Her tongue found his ring. Then her teeth gave it a gentle tug. She gave a little laugh as he growled.
‘You like that one?’
‘Mmm. Do you have any more?’
No, he didn’t, and this is where things usually took a dive. But he wasn’t drunk and neither was she. And they weren’t strangers. But he didn’t want to give up all his secrets too soon. ‘Maybe, maybe not.’
She was still pressed against him. Her body moulding to his. She reached up and took another kiss. ‘Guess I’ll have to wait to find out.’
Her fingers slid free from his and then she was drifting out of reach. She took a couple more steps back, her eyes still on him.
He covered the distance in a few quick strides. Kissed her again. Harder this time; then drew back, knowing there wasn’t going to be anymore tonight. It was better this way. No sex to make a mess of things. It was fairly obvious that it was on both their minds. ‘Enjoy the fireworks.’