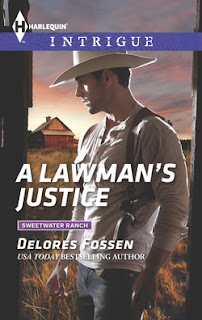 FBI special agent Seth Calder returned to Sweetwater Springs after his beloved stepmother, Jewell McKinnon, was arrested for the long ago murder of Whitt Braddock. Seth has already locked horns with Whitt’s daughter, Shelby Braddock, and one day they somehow end up at the same warehouse after they each got a mysterious call that there’s evidence in the building. Shelby has been writing articles for the local paper about Jewell being guilty, so it’s no surprise Seth gets into a heated argument with her. But their disagreement is pushed aside when they discover a body at the warehouse and then are knocked unconscious.

Waking up tied together in a barn neither recognizes, Seth and Shelby manage to work as one to escape. But their harrowing experience is only the start of many attempts on their lives. They are shot at, had fires set around them, and dead bodies are showing up everywhere. Shelby believes Jewell is behind her father’s death, but is someone trying to deflect the blame onto someone else? What is the motive otherwise, and why does everything point to it being connected to her father’s death? Whitt Braddock’s body was never found, but does someone know where it’s at? Meanwhile, Seth and Shelby become closer as they realize the only way to find out the answers is to work as a team. Will this closeness lead to hot sparks between them?

A LAWMAN’S JUSTICE is the final tale in the Sweetwater Ranch series, and readers are treated to the solving of a long ago murder…with a few surprises thrown in. What happened the night Whitt Braddock disappeared? Jewell isn’t saying much, but her family has rallied around her and are determined to defend her against what they believe are false accusations. Whitt wasn’t a nice man, because he tended to strong arm those who didn’t agree with him and was known to carry on extramarital affairs. Regardless of his reputation, Shelby loved her father and is determined to bring the killer to justice. Right now, all evidence points to Jewell being the culprit, and Shelby has used her journalistic privileges to write up articles detailing the evidence against Jewell. Shelby has also made an enemy—namely a man named Marvin Hance—and she wonders if he is behind the attempts on her life.

Seth plans to exonerate Jewell and then return to his job, but it’s taken longer than he’s expected, especially with the articles written by Shelby making his goal harder. When he and Shelby are tied up together after they’re kidnapped, he begins to take a whole different look at the woman. She’s beautiful and smart…and should be his enemy. But maybe working with her will get her out of his senses and help his case for Jewell. The sizzling chemistry between Shelby and Seth sometimes take a back seat to all the action in A LAWMAN’S JUSTICE. Will Seth prove that Jewell is innocent? Should he make plans to stick around Sweetwater so he can get to know Shelby better?

With several dead bodies mysteriously showing up and Seth and Shelby being shot at, there’s plenty of nonstop action in A LAWMAN’S JUSTICE. Along the way, not only will readers see some surprises, but enjoy the romance developing between Seth and Shelby. For a heart stopping tale, grab a copy of A LAWMAN’S JUSTICE and be prepared to be entertained.

To learn more about the author, be sure to visit her website: http://www.dfossen.net/

Purchase a copy of A LAWMAN'S JUSTICE