Spotlight on YOURS ALL ALONG by Roni Loren 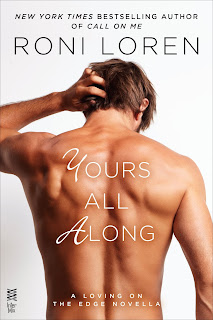 The new Loving on the Edge romance from the New York Times bestselling author of  Nothing Between Us turns on the heat between two men who wonder how much they’re willing to risk in the name of love.

Four years after an accident tore their friendship apart, Hunter and Devon are living separate lives. Hunter is now the all-America hero—a congressman’s son and a pro pitcher in Houston preparing to marry his beauty-queen girlfriend. Devon is in Dallas running a new restaurant.

But when Hunter unexpectedly shows up in Devon’s bar, Devon can’t turn him away. Damn it if the man isn’t still gorgeous. But engaged? Hell no. All he’s doing for Devon is bringing back memories of their college-roommate days, and the night their relationship went too far. Turns out Hunter has never forgotten it either.

Now Devon can’t help but be drawn in all over again by the only guy who’s ever gotten close enough to break his heart. Maybe one more night together would be enough for both of them to finally move on. Or maybe one night will change everything…

Excerpt:
“But first . . .” Phil said, wincing a bit. “I have one more customer who requested to see the manager.”
“Ah, fuck.” One more complaint tonight and Devon might lose it. “Where?”
Phil pointed to a booth near the front window. “Big guy in the baseball cap. He’s nearly polished off a bottle of cabernet, so be warned.”
Great. Only thing worse than an unhappy customer was a ranting, drunk one.
Devon swallowed another sip of his own drink, then headed toward the corner booth. The guy’s back was to him, and he seemed to be staring out the window at the cars passing by on the downtown street. The flatbread he’d ordered was sitting mostly untouched in the center of the table.
Damn, Bryce couldn’t have managed to screw up a simple pizza, could he? Devon squeezed between two empty tables and straightened his suit jacket before stepping around to face the man, an apology poised on his lips. “Sir, how can I help—?”
But the question died in the air as the man looked up from beneath the bill of his ball cap. Dark, soulful eyes stared back at Devon from a face he knew better than his own. Any cogent response melted right out of his ears. “Jesus Christ.”
Hunter looked Devon up and down, his brows knitting in that way that indicated alcohol-blurred thoughts. “Wow, you look . . . important.”
Devon couldn’t help taking his own eyeful. Shaggy black hair peeking out from beneath the cap, tight T-shirt spread over shoulders and pecs honed for top athletic performance—a body Devon had ogled way too many times when he and Hunter had shared a room in the frat house.
“And you look . . .” Fucking amazing. Perfect. Even better than on TV. “Drunk. What the hell are you doing here, Hunt?”
His grin was lazy, lopsided. “I’m on vacation.” He raised a finger to his mouth. “Shh, don’t tell anyone. Top secret.”
Devon braced his hands on the table and sank onto the bench seat on the other side of the booth, not sure his legs were going to continue to hold him up. “Vacation?”
Hunter lifted his glass. “You know I haven’t had alcohol in four years.”
Four years. Which was exactly how long it’d been since Devon had last seen him. He tried to take a breath, but the room seemed to have less air in it than a moment before. He ran through the reasons why Hunter could possibly be here right now. Drinking. In his bar.
The guy had become the poster child of clean living after college. And over the last few years, the sports media had nearly canonized him for the turnaround. The congressman’s son. The stellar pitcher. The all-American guy with the beauty queen girlfriend.
Not that Devon had been paying attention. Or recording every game he pitched.
God, he was pathetic.
He cleared his throat, trying to come up with something to say. “Why are you drinking now?”
Hunter pointed at him, his finger wavering. “Good question.”
He followed up with a sage nod like he’d explained everything.
Fuck. The guy was hammered. The waitress probably hadn’t blinked at letting Hunter order a few glasses. He was big and broad—a guy who looked able to handle his liquor. But Hunter’s tolerance had always been low, and if he’d been sober for four years, that would only have made it worse. Devon grabbed the stem of Hunter’s half-empty glass, moved it to the side, and then replaced the spot in front of him with the flatbread. “You need to eat something, big man.”
The old nickname rolled off of Dev’s tongue before he caught it, and Hunter stiffened. Sober awareness flickered in his dark eyes, as if the words had snapped him temporarily from the wine haze. He shook his head. “Need to go.”
He shifted as if to stand, but Devon jumped up and put a firm hand on Hunter’s shoulder, pushing him back down. Their gazes locked for a moment, Devon looming over Hunter, the position dragging him back to memories he didn’t want to access right now, fantasies he’d conjured since. He shook them off and cleared his throat. “No way. You’re not going anywhere.” 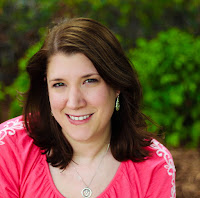