Q & A with Landon Wallace, author of COME AND TAKE IT 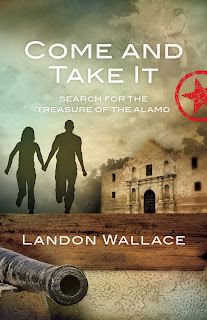 What compelled you to write your first book?

My first book is still in a drawer in my study.  Three years of writing and editing my unpublished “masterpiece” was my apprenticeship to birthing my first published novel – Come and Take It.  Patience and perseverance are “must haves” for any aspiring author. My first novel may be reborn eventually but I took it on as a passion project because of a personal experience and never considered whether it would have popular appeal.  I eventually learned that my life experience had limited commercial value to the rest of the world.  I suspect a number of writers share that story.

It's rare today to find an author who does nothing but write for a living. Do you have a 'real' job other than writing, and if so, what is it? What are some other jobs you've had in your life?

I’ve had the same “real” job for a very long time.  Writing has always been a passion of mine but a vocation that only a rare few find financial success in.  I won’t be abandoning my day job any time soon. But all writers are dreamers and uniformly believe they have the chops to be the next John Grisham.

I bring up Grisham because I’m a practicing attorney and have tried many cases over my career.  Many lawyers are outstanding writers but that skill doesn’t always translate to writing fiction.  While we are dispassionate by nature, writers must be just the opposite.  Honing that skill and telling a really good story is the key to success.
Is there an established writer you admire and emulate in your own writing? Do you have a writing mentor?

There are many genres and authors I enjoy reading.  I’m a huge history buff and am amazed by the Robert Caro books on LBJ.  Talk about dedication, a four part series on one man is an amazing feat of writing, and Caro makes every stage of LBJ’s life fascinating.  David McCullough is another author I admire greatly.  But I read fiction as much as anything and the list of authors I enjoy is long and deep.  I borrow whatever I can when reading great writers but I don’t try to emulate any of them.  A writer must create his/her own voice.

What type of music, if any, do you listen to while you write?

Music and novel writing don’t go together well for me.  My brain prefers the quiet.  But on occasion I’ll listen while writing my blog or shorter works.  My playlist is slowly adapting to the year 2015 (with the aid of my daughters) but I’m still stuck in the previous decade for most of my music.  I’ve always been a Phil Collins fan, but even more so when I learned of his great interest in the Alamo, which happens to be the centerpiece to my novel, Come and Take It.
Do you have any pets? What are they? Tell us about them.

At times I think I’m the pet in the house because my two dogs are treated like royalty.  Dad isn’t even a close third.  I’m married with three daughters and two very spoiled dogs.  The princess is named Scout and she is a Golden Retriever/Cocker Spaniel cross. She definitely gets first priority in our house.  Max is a black and white pound dog of unknown origins.  As the only other male in my house, Max tends to hang with me when he gets beat down by all of the attention given to Scout.

Do you watch television? If so, what are your favorite shows? Does television influence of inspire your writing?

This one is easy.  I’m a huge Game of Thrones fan.  Other serials I watch include House of Cards and The Good Wife.  Probably my favorite show of all time was Lost.  Thank goodness for recorders!

Are you currently working on any writing projects our readers should watch for release soon?

I have completed the first draft of my next novel and am busily editing away.  I think it can safely be contemplated as an early 2016 release.  This novel is a departure from the historical fiction genre and is much more a love story than anything else.  I hope this audience will be ready when it launches. 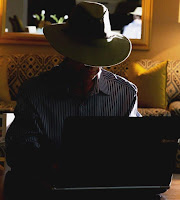 Landon Wallace is a native Texan and has worked for over twenty-five-years with a major law firm in the North Texas area. He’s active in and out of the courtroom, and has been recognized as a leader in the legal community by his peers. Mr. Wallace has maintained a full law practice while completing his debut novel. Come and Take It is Mr. Wallace’s first public release but he anticipates his second novel in the near future. Mr. Wallace lives in North Texas with his wife and family.

COME AND TAKE IT

High school football coach Nat Travis never expects to dive headlong into a mystery upon the death of his beloved 93-year-old grandfather, “Papa Joe” Travis, but the shocking secrets locked up in the old man’s life compel him forward. When Nat discovers facts that suggest Papa Joe was murdered, he enlists his former sister-in-law, Renee Travis, a college history professor, to help him unravel the clues behind the old man’s death.

Nat leans heavily on Renee to investigate his leads and during their journey awakens to his feelings for her. Along this road that hurtles them from Texas to New Orleans to Alabama, the duo encounter many colorful characters and soon uncover a direct ancestral tie between Nat and the lone male survivor of the Alamo, a slave named Joe. This connection pushes Nat and Renee onto a collision course with Papa Joe’s murderer, and a long lost secret that most thought died with Jim Bowie in the Alamo.  Published by Trinity River Press.

To learn more, visit the author at  http://authorlandonwallace.com/