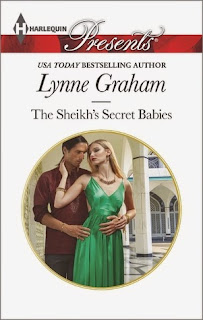 London, England and the Kingdom of Marwan – Present Day

Three years ago, Prince Jaul of Marwan and commoner Chrissie Whitaker married in a spur of the moment decision, but their wedded bliss lasted no more than a month when he was called back to his country. That was the last time Chrissie saw or heard from Jaul…until he shows up on her doorstep one day. He’s now the king and they both thought their marriage was illegal (per information provided by his father), but Jaul learns this isn’t the case. He needs to marry and produce an heir to continue his lineage and needs a divorce from Chrissie to do so. However, it doesn’t take very long after he arrives at her place to discover she kept something important from him: she had given birth to his twins.

Shortly after Jaul left three years ago, his father showed up at Chrissie’s home and announced that not only was the marriage illegal, but that Jaul no longer wanted anything to do with her. She wanted to move on and forget Jaul, but learning she was pregnant effectively put a stop to that. She bore twins – a boy and a girl – and never contacted Jaul to notify him that he became a father. But now that he is knows about the children, he threatens to take her to court over custody and demands that not only must she bring the children to Marwan, but that they resume their marriage.

Chrissie learned how to be independent from her big sister, Lizzie (her romance with Cesare was told in THE BILLIONAIRE’S BRIDAL BARGAIN) so this trait came in handy when she became a single mom to twins in THE SHEIKH’S SECRET BABIES. It hasn’t been easy, but with not only a nest egg through an inheritance and her sister’s moral support she has done nicely. But things hit a bump when Jaul shows back up in her life and suddenly she’s on a rollercoaster. At the top is finding out that she has never stopped loving Jaul, while the low is realizing her heart is going to break once more because he doesn’t love her back. Can Chrissie stay in a loveless marriage?

For Jaul, it’s all about honor and keeping a promise to his country to marry and produce an heir. While his plans had included marriage to a woman who was to be part of his culture, his libido and fate had other ideas when he met Chrissie. He spent months wooing her, because she didn’t want to just fall into bed with him and be another notch on his bedpost. He finally offered marriage and couldn’t wait for the wedding night. While they had brief marital bliss, duty called and he returned to Marwan, only to become injured in a blast that also killed his friends. Months later, he learned that his father had paid off Chrissie and that their marriage was invalid. He wrote her off as a gold digger and attempted to put her in his past. To learn that he’s still married to her is one shock, but the bigger ones are the twins he didn’t know existed. Will having her at his side as his queen lead to a better understanding of each other and put them on the road to a future happily-ever-after?

Chrissie was raised in the English countryside, so moving to a foreign country where woman are sometimes considered chattels is an eye-opener for her. But the best part is being with Jaul and falling in love with him once more, a man she certainly couldn’t forget. Grab a copy of THE SHEIKH’S SECRET BABIES for a scintillating read about love found again.