Promo Spotlight on LET ME LOVE YOU AGAIN by Anna DeStefano 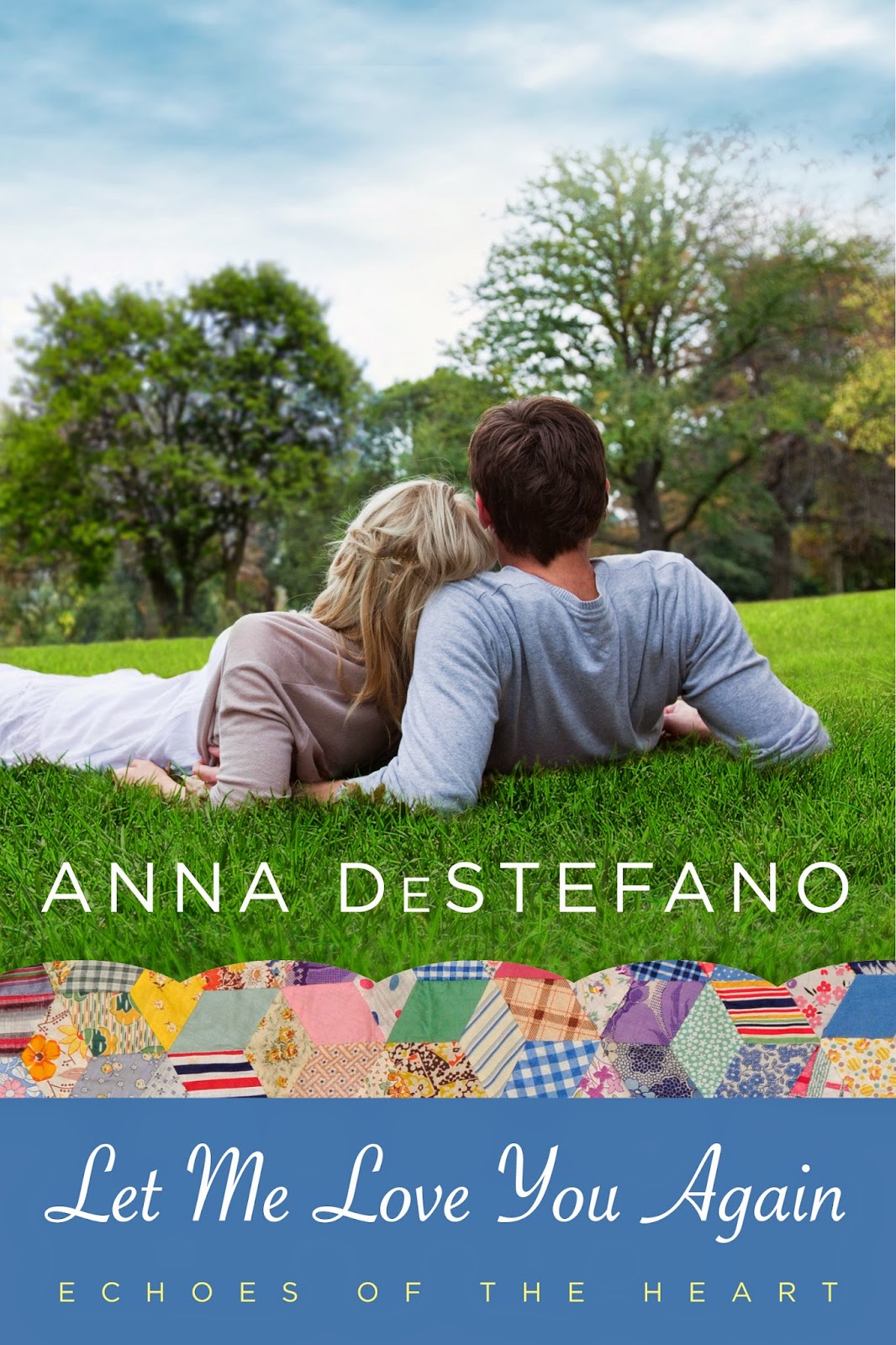 Unable to have biological children, Marsha and Joe Dixon opened their home and big caring hearts to foster kids in need. Oliver Bowman was one of those. He lived with and was loved by them from thirteen until eighteen. He loved them back, but still carried some wounds from the past. In high school, he and Selena Rosenthal, the girl next door, fell in love. Their love was real, but during their senior year, they went a little wild and both got caught up in drinking. After a horrendous argument, during which Selena broke up with him, Oliver left town. He’s quit drinking and has carved out a very successful career contracting as an Information Technology specialist. Oliver has kept in tenuous touch over the seven years with Travis, one of his foster brothers. When Travis called asking him to come home, that Dad was in the hospital with a bad heart attack, Oliver hurried to Chandlerville.

Serena left town shortly after Oliver left, but she returned from New York—with her young daughter, Camille—a couple of months ago to stay with her mother. She’s divorcing her husband, who is giving her a hard time. Both Oliver and Selena are totally shocked to see one another. How will this affect their hard-won sobriety?

LET ME LOVE YOU AGAIN is a moving tale set in a warm-hearted small town. Marsha and Joe are much respected, wonderful people who are on their second generation of foster kids, who range from early teens to a toddler. Everyone rallies around Joe, but some of them take a little time to push Oliver and Selena together. Her main concern is giving her daughter a happy life, while he plans only to stay a short while so he can get back to work.

LET ME LOVE YOU AGAIN works as a romantic and passionate stand-alone novel with bits of suspense, but I wished I had read the earlier e-novella, HERE IN MY HEART, where the town and many in this large cast were introduced.

Let Me Love You Again Excerpt


Oliver was back in Chandlerville.


Through Tuesday morning shadows, Selena Rosenthal locked gazes with the one who’d gotten away. Next door, a ruggedly handsome man stared at her from the front steps of Joe and Marsha Dixon’s sprawling house—a yard, a hedge, and another yard away. Dark hair. Dramatic green eyes. Oliver had the face of an angel and a mouth that could tempt a woman into just about any sin on the books. She’d have known him anywhere.


Years had passed. Seven of them, filled with her wanting to go back and fix the mistakes that had led to her and Oliver’s last disastrous argument. She’d been too busy to miss him since she’d returned to town. At least she’d refused to dwell on how much she missed him—every time she saw someone from before or stumbled into a familiar place. and instead of reveling in the poignant memories, she’d felt like half a person, because Oliver wasn’t there to share the moment with her.


Then he’d stepped out of a shiny red truck in his foster parents’ drive just now, dressed in a wrinkled white T-shirt, jeans, and ratty running shoes. Her mother’s screened front door whooshed shut behind her, smacking Selena in the butt. She waited for Oliver to respond, to move, to do anything except stare back. She couldn’t stop her smile or the pathetic half wave that followed it. While his non-response dripped with you’re dead to me, until she forced herself to look away.


She tried to breathe, to lay it cool. And then the head of the precocious bundle of energy and hair bows bobbing in her arms smacked Selena in the chin. She gasped so quickly, she hiccupped.


“We have to water Grammy’s flowers, Mommy.” Camille struggled to get down. Her first mission each morning was to make certain she and Selena cared for the abundance of buds and bushes her grammy obsessed about. “I left my watering can out back.”


“Go find it.” Selena set her daughter on her feet.


A rattle from the Dixon’s place, the sound of keys jingling, recaptured Selena’s attention. She braved another peek. The neighboring yard was empty, almost convincing her she hadn’t just ogled a full-grown, ruggedly attractive version of her teenage obsession. But of course she had. Her body knew she had. She was tingling, head to toe, same as always when Oliver was near.

He’d gone inside was all. Sprinted was more like it...


Title: Let Me Love You Again

Selena Rosenthal left behind her high school sweetheart, who was the love of her life, seven years ago.


Now, she and the once-rebellious Oliver Bowman are back in Chandlerville—after his foster father’s heart attack and Selena’s contentious divorce—to deal with her secrets, the recklessness that caused their breakup, and the almost-strangers they’ve become to each other and their families.


As soon as his father is stronger, Oliver must return to the successful career that helps support a new generation of foster kids. But he’s falling for Selena again, her daughter has a hold on his heart, and he can’t imagine leaving behind his brothers and sisters once again.


More attached by the day to their charming hometown and families, Selena and Oliver fall in love for the second time. 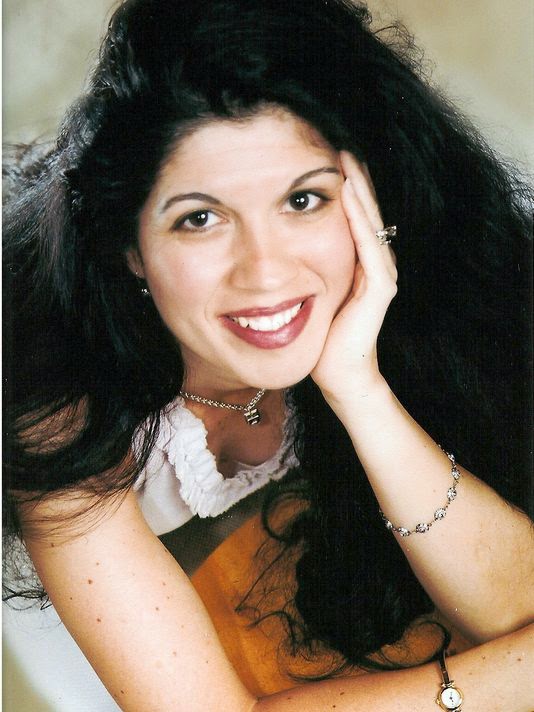 Anna DeStefano is the award-winning, nationally bestselling author of more than twenty-five books, including the Mimosa Lane novels and the Atlanta Heroes series. Born in Charleston, South Carolina, she’s lived in the South her entire life. Her background as a care provider and adult educator in the world of crisis and grief recovery lends itself to the deeper psychological themes of every story she writes. A wife and mother, she currently writes in a charming northeast suburb of Atlanta, Georgia, not all that different from her characters’ beloved Chandlerville. She is also a workshop and keynote speaker, a writing coach, and a freelance editor.

There's so much hominess, helpfulness and concern for neighbors in small-town romances. I really like that.

I like the sense of belonging to the community. The friendliness and helpfulness of your friends and neighbors. Small towns allow you to do as much or as little as you want to do. There's also less traffic! Shopping is close by.