Faery 101 – Who are the Tylwyth Teg? By Dani Harper

BE SURE TO CHECK OUT THE CONTEST BELOW...Exclusive to Romance Reviews Today Blog! 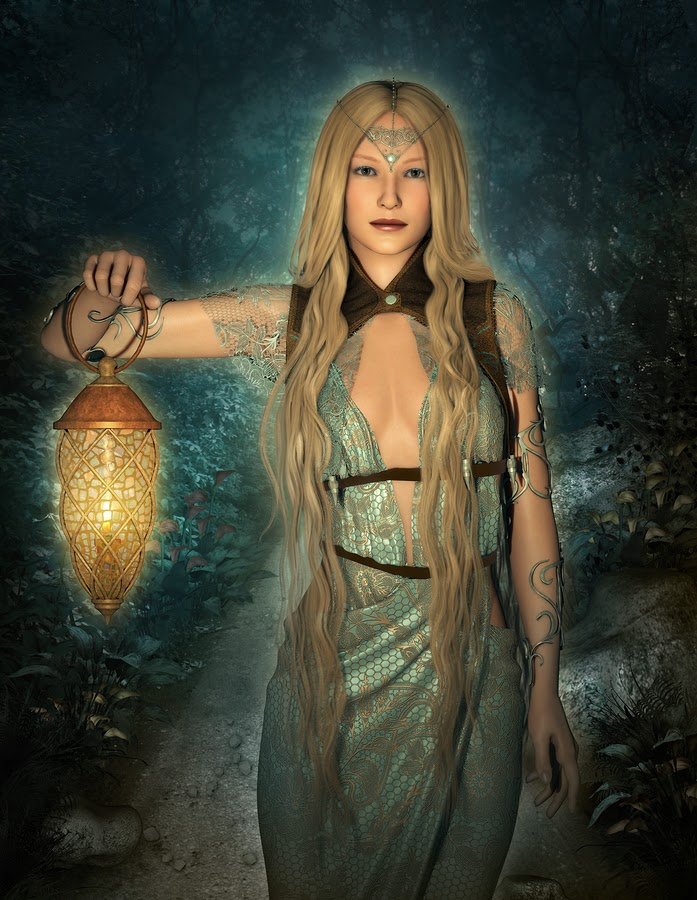 Many countries have their own faery mythology, particularly those in the UK. My new Grim series – Gramma was born there, and I grew up on Welsh and other UK stories of the Fae. According to those tales, the Welsh fae come in every shape and size, but chief among them is the Tylwyth Teg. They were often referred to as the Fair Ones, the Fair Folk, or even the 'Mothers Blessing'. Such flattering names were thought to appease them, and (hopefully) divert their attention from playing pranks or worse.
STORM WARRIOR, STORM BOUND, and the new STORM WARNED – is inspired by the faeries of Wales. It was a natural fit for me since my

In my books the Tylwyth Teg form the ruling class among the Fae. They are human-like but impossibly beautiful, and they live very long lives. While some possess their own sense of honor and practice a form of kindness, most are self-centered, vain, and contemptuous of mortals. All are dangerous! There are many stories of mortal children being stolen away, never to be seen again. The Fair Ones were also known for taking human lovers – and keeping them! They also meted out severe punishments to those who entered their kingdom uninvited.
A few tales of the Fair Ones say that they lived in lakes and streams, but more often water served simply as an entryway to the Faery Realm. In most stories, the land of the Tylwyth Teg is underground! Strange solitary hills throughout the UK were often known as faery mounds, because they were thought to contain portals to the mysterious kingdom below. Strange rocks and even trees could also be doorways. I had fun incorporating many such details into my Grim series!
Is the Faery Realm truly underground or is it simply in another dimension? After all, the land of the Tylwyth Teg is bright and colorful, and even possesses its own sky. Humans find the otherworldly realm breathtaking in appearance – but it’s full of tricks and traps. Kidnapped mortals either cannot find their way out, or forget that they ever lived anywhere else. Time behaves differently in the Fae kingdom, and what seems like an hour to the captive might actually be a dozen years! It was a delight to create this world, although I admit that my characters dictated most of it. (They’re bossy that way….)
The Fair Ones are very powerful, skilled in the use of magic, and may cross into the human world at will. Their Wild Hunt rides by night over the countryside, meting out a rough justice to mortals who may or may not deserve it. But what happens when ancient faeries show up in modern-day America? That’s the premise of the Grim Series!
For information on all the books in the Grim Series, go to my website at http://www.daniharper.com or my Author Page at Amazon, http://ow.ly/Kgjkr


From the back cover of STORM WARNED: 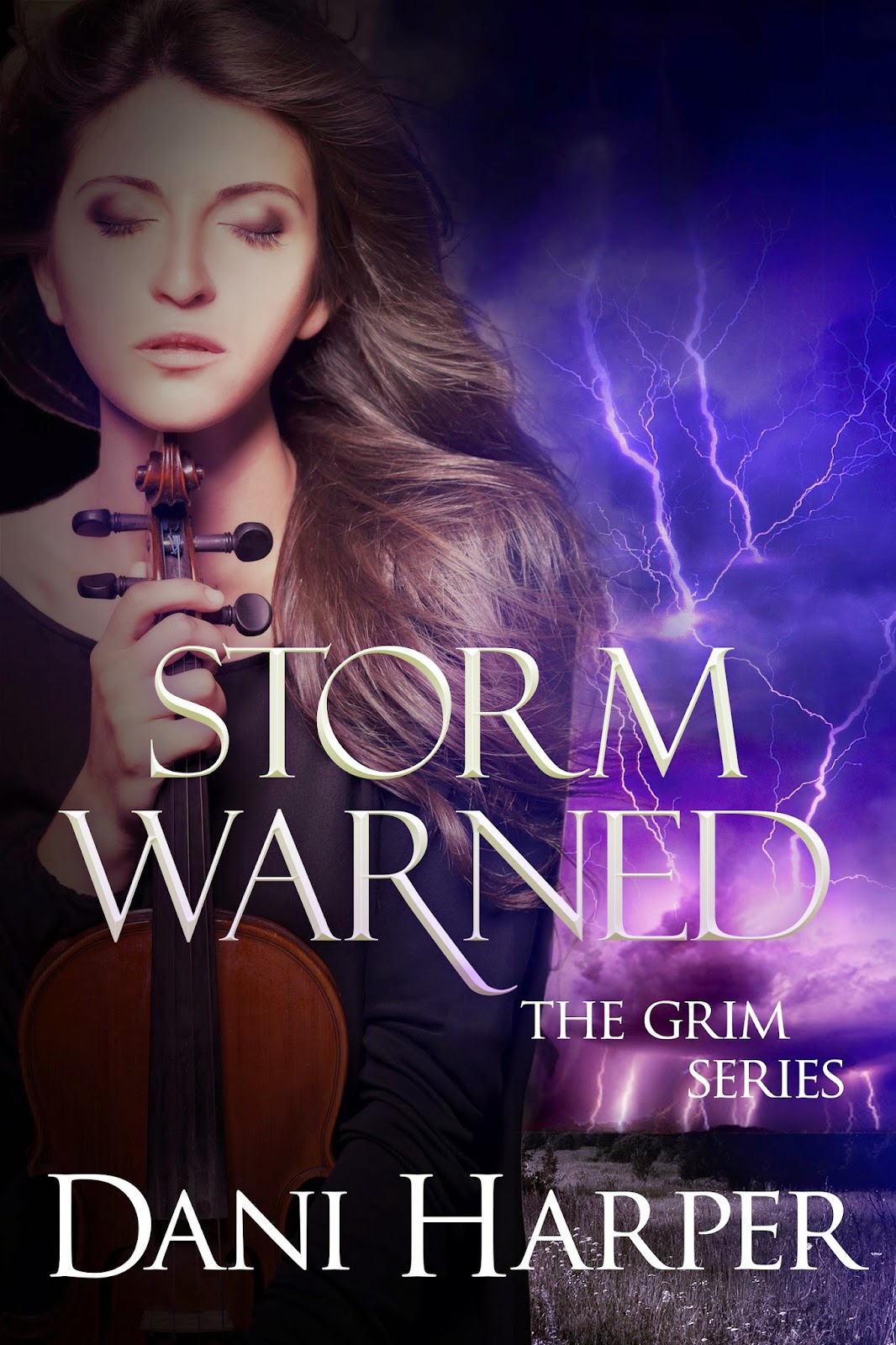 Passionate musicians Caris and Liam grew up centuries apart. When their fates collide, they must learn to trust each other and work together to stop a dark force from seizing both Fae and human worlds.

When Caris’s unearthly musical talent attracts the attention of the Wild Hunt, the Welsh farm girl is stolen away to serve as a faery grim, a herald of death. Two centuries later, she’s finally escaped back to the human world—and into the present-day life of a reclusive and heartbroken American musician.
Music was Liam’s whole life—until a crushing betrayal left him desperate to flee the public eye. Yet long-dormant passions awaken within him after a powerful storm strands a beautiful, strong-willed woman on his isolated farm. When a fae prince bent on ruling both human and faery realms threatens Caris’s life, Liam must decide if he can finally believe in love again, not just for her sake—but for the sake of two worlds.
From the bestselling author of Changeling Moon, this sweeping and passionate story of paranormal romance follows two souls from different centuries who lost everything…and found that only love can save them.
Just released!  Available in paperback, Kindle and audio formats. Buy link - http://ow.ly/KNkY8
Author Bio 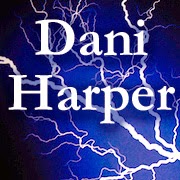 Dani Harper is a former newspaper editor whose passion for all things supernatural led her to a second career writing paranormal fantasy. There isn’t anything she likes better than exploring myths and legends from many cultures, which serve to inspire her sizzling and suspenseful stories.
A longtime resident of the Canadian north and southeastern Alaska, Dani now lives in rural Washington with her retired mountain-man husband. Together they do battle with runaway gardens, rampant fruit trees, and a roving herd of chickens, with the assistance of three dogs and several grandchildren.
Dani is the author of Changeling Moon (2012 RITA finalist), Changeling Dream, and Changeling Dawn; plus First Bite, a Dark Wolf story. Recent works include the Grim Series (Storm Warrior, Storm Bound, and the newly released Storm Warned).

I have a black Labrador named Jess! I'll admit I wish I could have a pet Dragon, Unicorn or Pegasus, all would be excellent for evading hateful people or chasing them off!

I use to have a Westie called Snowyboy was sooo cute and fun.
Would love to get another dog but as both Hubby and I work long shifts at the moment.
But I recon that a pet dragon would be amazing, would love flying over Oxfordshire and other parts of the world.
Love the Grim series and the story's of the many different Fae

Your Grim series sounds interesting. I love music. Unfortunately I have no musical talent.

We have two cats.

I have 1 big dog and 2 small dogs plus a rabbit.

I had two wonderful sister cats for nearly 20 years but said goodbye to one in Jan 2013 & the other in July 2014. I am hoping to start fostering cats in July of this year and assume I will fall in love with one (or two).

I have a Siberian Husky...but I would also love to have a dragon.

Huge thanks to ROMANCE REVIEWS TODAY for inviting me to the blog. I appreciate the chance to talk about faeries, and thanks to those who stopped by to read the post.

Congrats to Heather H. of Canada, winner of the giveaway!