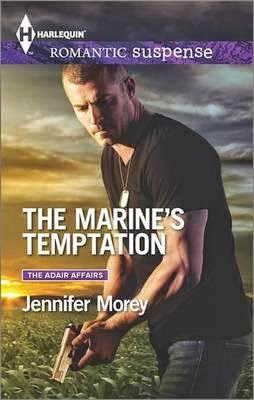 Librarian Georgia Mason accompanied her beloved stepmother, Ruby, to San Diego after the other woman was named as an heir in the will of her late first husband, who was murdered in his own office. Georgia doesn’t care for the rich and powerful, and that certainly describes the Adair family. Former special ops soldier Carson Adair oozes sex appeal and power, so she plans to avoid him at all costs. But the man has other ideas, and wherever she turns, there’s Carson. After someone makes an attempt on their lives, he vows to protect her and Ruby, but at what cost to her heart?

Carson doesn’t quite know what to make of Ruby and the intriguing Georgia. Someone killed his father, and his mother admitted attempting the same on Carson’s sister-in-law, Elizabeth, but is there another suspect? With his mother on the run and the family business needing attention, the last thing Carson wants is a distraction in the form of Georgia. But she’s piqued his interest and has him wanting to pursue a relationship, even if it’s short-term. However, as someone continues to take shots at him and his family, he has to watch his back or someone else will certainly end up dead like his father.

Georgia’s stepmother had a long ago marriage to Carson’s father, Reginald, and it ended badly after their child was kidnapped, never to be found. It was after Reginald’s death that his other children learned about the child, and there are hints that the child might have lived, though his current whereabouts are unknown. Carson is being pulled in several directions – the family business, his father’s unsolved murder, his mother’s own bizarre behavior, and learning that his father had an earlier marriage and child. Through it all, though, he can’t stop thinking about wooing Georgia and making love to her. Add in that he hasn’t forgotten about the men he lost in combat oversees and that there’s a bad guy out there who may or may not be the mastermind behind the attempts on his family.

Georgia isn’t into rich men, especially after a failed relationship that ended badly. She does like the goodies that come with being rich, specifically nice clothes and accessories, but she doesn’t plan to indulge in an affair with Carson. In fact, as soon as the business with Ruby and the will is done, they’ll head back to Florida. But Ruby begins to drag her feet, prolonging the return, which only gives Carson more time to woo Georgia. Yet with all the drama swirling around them, how can they find the time for some loving?

There’s a lot of intrigue going on in the second book of The Adair Affairs, THE MARINE’S TEMPTATION. Like pieces of a puzzle, we have to wait and wonder how they all interconnect.  The Adair family has been ripped apart, first by the death of Reginald, then by the news their own mother tried to kill Elizabeth (this tale is told in the first book in the series, CARRYING HIS SECRET). Keeping the family together and finding the killer is a priority, but Carson soon focuses his attention on the secret of the kidnapped baby, especially since it appears his father may have learned something about it the night he was killed.

If you love a sizzling romance combined with nonstop action, then THE MARINE’S TEMPTATION will surely tempt you as much as it did me.

Known for her big smile and infectious laugh, Jennifer Morey writes her happy endings in Denver, Colorado, where she lives with her real-life hero. Her first stories were inspired by her childhood love of horses and  The Black Stallion, by Walter Farley. Bubbles of dialogue above cartoon drawings  led to hand-written tales of adolescent love. Years later, and two months after graduating  with a BS in geology, her mother died suddenly and changed the course of her life. The writer in her resurfaced. She pursued a serious writing career.

Finalist in more than twenty contests and winner of many as an unpublished author, Jennifer's debut novel, The Secret Soldier, was a double 2009 RITA® nominee for Best First Book and Contemporary Series Romance: Suspense/Adventure. Jennifer's books have also earned her two Golden Quill awards.


Win a copy of this book by posting a comment. Winner will be announced next week.
at March 12, 2015