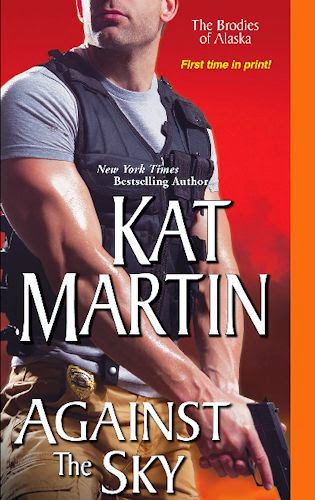 Thirty years ago when I first started writing, my goal was to become a successful author.  I wanted to be able to quit my real estate job and write full time.  Fortunately, with my husband still working, I was able to make that happen fairly quickly.

Still, when I finally I sold my first book after months of trying and numerous rejections, I earned the whopping sum of four thousand dollars--not much money for a year and a half of working ten hours a day!  But I never lost faith.  I thought, “I can do this.  I know I can.”
I think one of the toughest things about being a writer is continuing to believe in yourself.  Insecurities swamp you.  Is this book any good?  Is this book as good as the last one?
Will my readers like it?  Will the publisher renew my contract?
After thirty years, those questions remain.  It’s only sheer force of will that keeps a writer pounding the keyboard, sheer determination that keeps an author from quitting.
So when I hit the New York Times printed top twenty books (as opposed to the extended list top thirty five, which I had been on a number of times, but isn’t in the paper), it was the kind of validation that keeps a writer going.
Someone must like these books, I thought.  Oh my God, it’s really selling!  It was a thrill to get that phone call--a notification that usually comes late on a Wednesday night.  I got the call early Thursday morning when my agent phoned and said, “AGAINST THE FIRE made the bestseller list!  You’re on the New York Times!”
It’s a real moment for an author, the thrill of a lifetime.  My heart is in these books, the newest Against books, The Brodies of Alaska, AGAINST THE WILD, AGAINST THE SKY (out Jan 27, 2015), AGAINST THE TIDE (out May 27, 2015).  Not only do I love the brothers, Dylan, Nick, and Rafe, but I loved the ladies who snare these hunky men.
In my upcoming release, AGAINST THE SKY, Nick Brodie, a former Anchorage PD homicide detective, has a serious case of burnout.  He's tired of murder and mayhem.  He wants a new life, something that doesn't include blood and death.  Unfortunately for Nick, he isn't going to get it.  When twelve-year-old Jimmy Evans comes to him beaten and battered, claiming his father was murdered, Nick has no choice but to help him.
To make matters worse, he has a lady friend visiting from Las Vegas.  Samantha Hollis, owner of the Perfect Pup pet grooming parlor, isn't cut out for the harsh living in Alaska.  Unwillingly swept into Jimmy's problems, she finds herself on a wild ride with Nick that leads them both into passion and terrible danger.
I’m hoping readers who've been enjoying the Brodies of Alaska will be wanting more of the hunky brothers and their sexy ladies.  If you haven’t read AGAINST THE WILD, I hope you’ll look for it.  And don’t forget to watch for Nick and Samantha in AGAINST THE SKY, and Rafe Brodie in AGAINST THE TIDE.
Happy reading and all best wishes, Kat

With sixty five novels to her credit and more than sixteen million copies of her books in print, Ms. Martin has been published in twenty-one foreign countries including France, Japan, Greece, Argentina, Russia, Sweden, Turkey, China, and Spain.


REVIEW QUOTES
“Against the Sky by Kat Martin sizzles enough to melt a polar icecap. She allows these two polar opposite to find that elusive chemistry that the world craves, but their differences present enough of a challenge that one wonders I love can conquer all or not. Kick in the suspense and danger from the Russian mob and voila! Romantic suspense!”
“Wow, the action scenes are so exciting. I never knew what would happen next.”
“The second book in Kat Martin's Brodie's of Alaska series delivers an awesome punch of suspense and romance.”
SOCIAL MEDIA
Facebook: https://www.facebook.com/KatMartinAuthor
Twitter: https://twitter.com/katbooks
Goodreads: https://www.goodreads.com/book/show/22046517-against-the-sky
Pintest: http://www.pinterest.com/westwrite/books-by-kat-martin/

***KAT IS GIVING AWAY TO ONE LUCKY READER A COPY OF AGAINST THE SKY (PRINT OR EBOOK). POST A COMMENT TO BE ENTERED***

Congratulations on the accomplishment of being a New York Times best seller. The current series sounds like an exciting one.

I have been a fan for many years. I read both her contemporaries and her historical romances. I would like to read AGAINST THE SKY, Nick's story!

Congrats on the upcoming release, Kat. Been a fan of your romantic suspenses for a while.

Congrats on your well-deserved accomplishments, Kat. Thanks for the post.

Congrats!!! I love, love your books.

Hi, ya'll. thanks for the very nice comments. Hope you like Nick and Samantha!

This is great, I can't wait to read your newest book, Kat!