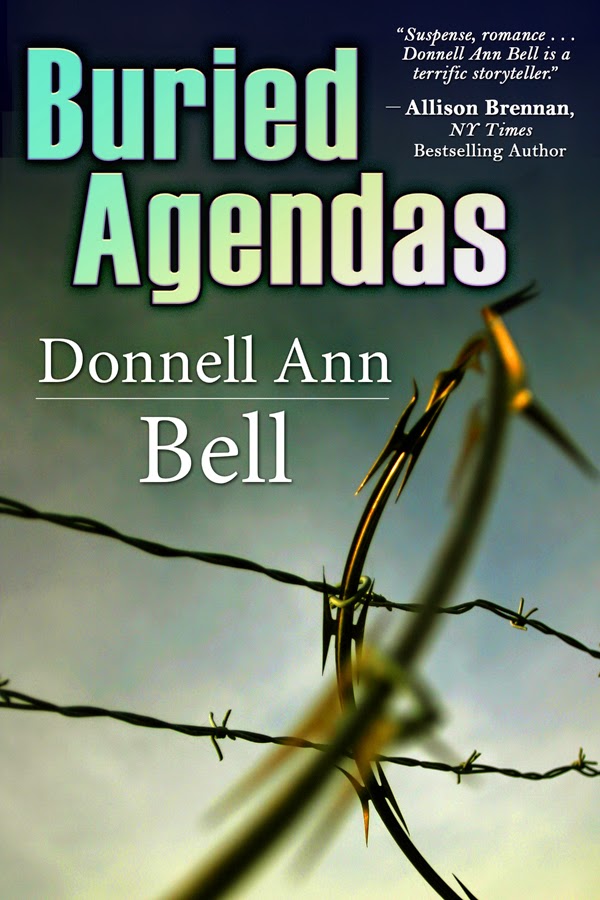 A devastating secret drove her from the man she loved.  Will a secret equally as deadly lead her back to him?

Diana Reid is an investigative reporter skilled at uncovering other people’s secrets. It’s her own she works to keep buried. Eight years earlier, she promised to leave her fiancé and hometown of Diamond, Texas forever. That pledge vanishes when she receives a letter stating people are going to die, implicating her hometown’s largest employer, and making a veiled threat against her mother. With no other choice, Diana will return to Diamond, albeit in disguise, to discover the anonymous author.

Brad Jordan moved on with his life after Diana walked out on him. Just as he rebuilt his life, as the newly elected mayor of Diamond, and newly engaged to be married, he plans to rebuild his struggling hometown.  Those plans are threatened when an El Paso physician notifies Brad that she believes his family’s company, Jordan Industries, is conducting illegal practices and sacrificing the public’s health.

When the doctor suggests bringing in Diana to uncover the wrongdoing, Brad strongly opposes the idea. Still, when she appears despite his wishes, he’s forced to accept that a woman he vowed to forget may be his only option to get to the truth. Together Diana Reid and Brad Jordan face a dangerous adversary—one whose only intent is keeping a deadly agenda buried.

Donnell Ann Bell grew up in New Mexico and today lives in Colorado.  A homebody at heart, she concentrates on suspense that might happen in her neck of the woods – writing SUSPENSE TOO CLOSE TO HOME.  She is the author of The Past Came Hunting, Deadly Recall and Betrayed, all of which have been e-book best sellers. Buried Agendas is her newest release. Along with veteran police officer Wally Lind, Donnell co-owns Crimescenewriters, a Yahoo group putting law enforcement experts together with writers. Donnell loves to hear from readers.

Giveaway Details
As part of the blog tour, Donnell will be giving away 5 copies of Buried Agendas (US/Canada only) and
5 Dammit Dolls (US/Canada only).  Fill out the Rafflecopter form to enter!

Not sure what a Dammit Doll is? Well, here is the little saying that each doll comes with:

Whenever things don’t go so well and you want to hit the wall and yell, here’s a little dammit doll that you can’t do without.  Just grasp it firmly by the legs and find a place to slam it.  And as you whack the Stuffing out yell, “Dammit, Dammit! Dammit! 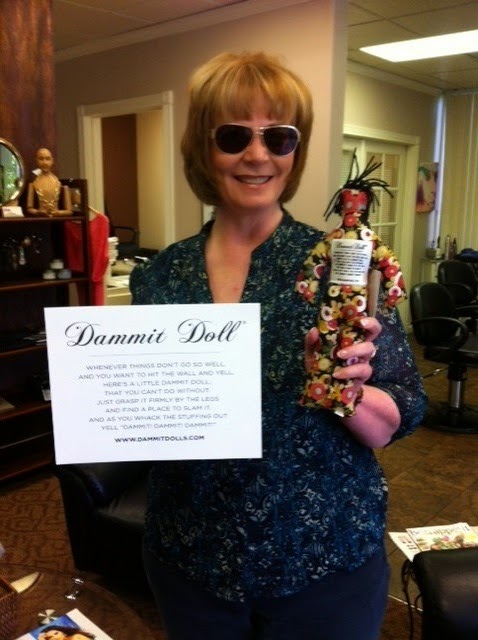 “If your fiancée recognized me, I’d be behind bars. I deliberately failed my typing test and listed no experience on the application.”

For the first time, he smiled. The old Brad, the Brad she thought she knew. “What name did you use?”

“Okay.” He motioned to the letter. “So how can a mailroom employee find out what the author meant by ‘people are going to die’?”

“The same way I do every story, by asking questions.”

Brad pointed to the tattoo on her ankle.

Brad’s gaze shot to her face, and for a second, she thought she saw pain. Don’t be absurd. The man’s engaged. Irrationally, Diana felt betrayed.

“Seriously, he’s no one. Ronnie doesn’t exist. And neither does this tattoo. It’s henna, and part of my disguise.”

Brad shook his head and he scowled. “You swear to me you didn’t talk to Liz this week.”

“Give me one reason to go along with this?”

Diana lowered her head. She wanted to tell him because the Brad Jordan she’d once known stood for integrity and honesty. The Brad Jordan she’d loved, and unfortunately still did, had wanted to make a difference. She couldn’t believe he’d run for a mayoral position if that wasn’t still true.

Lifting her head, she met his gaze. “Because you know I had nothing to do with that letter, and you want to know what’s going on, too.”

As he traversed the dingy hotel room, Diana sensed he was wavering. He’d asked too many questions to turn her away now. If he said yes, she had a long list to accomplish before Monday. She’d take her physical, head for El Paso, and spend her weekend at the library researching Jordan Industries.

Brad stopped pacing. “I have no doubt that you’re worried about your mom. But when you said you weren’t out to hurt me or Jordan Industries, were you being truthful?”

“I meant every word.”

“All right. I’ll give you two weeks to investigate if you go along with the following conditions.”

“If, after two weeks, you’ve found nothing, you’ll give up this charade and go home.”

She stared back at him. Diana could easily agree to Brad’s terms. She expelled a pent-up breath. “I accept that condition.”

“Second, you will never report a word of what you find or release a word to the media. If you do, I have more than enough witnesses to prove you entered Jordan Industries illegally, and I’ll file charges against you.”

Hurt morphed into anger. “Are you saying if something’s going on, you won’t report it?”

“Not at all. I’ll be the first one to call the police.”

He unrolled his sleeves and grabbed his tie. “I’m saying no way in hell will I allow negative information against my family’s company to benefit your career. I don’t trust you, Diana, especially after what I saw today. We’ll see if you’re really concerned about your mother, or if you’re after a story.” Brad opened the door. “You don’t have to agree to the second part of my conditions right now. I’ll have my answer when you don’t show up on Monday.”

Intriguing summary. I want to join Diana and Brad as they work together to uncover who's making the threats involving Brad's family business.

First book of yours.

Sounds like a really good book, putting it on the wish list!! And I desperately need a Dammit Doll, love it.