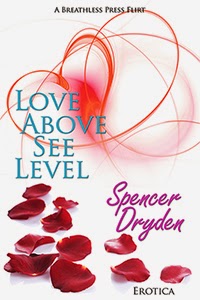 1.  Tell us about your newest release.
"Love Above See Level" is a short story that the publisher, Breathless Press calls a flirt. It is a story of a surfer/beach, bum smitten by a woman six feet-seven inches tall, who he sees paddle-surfing at his surfers hang out. He decides to make a play for her attention. She repeatedly spurns his attempts, until fate brings them together. Can a thirty-one year old Peter Pan type find a romantic connection with a career driven woman a foot taller than he is?

2.  What was one of the most surprising things you learned in creating your story?
I didn't know where the story was going when I started. I just wanted a story about a surfer/beach bum falling in love and pursuing a woman's attention. In most of my stories it is the woman who is the one doing the pursuing. I think I carried this off pretty well. My heroine is snippy when they first meet but he persists.

3.  Do you have any interesting or quirks or rituals?
No. Not like sports guys, but most of those behaviors are to help them relax and focus. In that regard I have to give myself permission to stare out the window for long periods doing nothing other than sipping my coffee in order to find inspiration or begin writing. When I am at home there are many voices screaming, 'fix me, clean me' that are clawing for my attention. I have to relax and focus just like an athlete or performer.

4.  What authors or friends influenced you in helping you become a writer?
The biggest push was from my friend JohnLeicht, a reasonably accomplished author and playwright. He read some of my early stuff and told me I was a natural storyteller and had a good ear for dialogue and I should work at fiction seriously. This is a guy who makes his living with dialogue. I took it as a tremendous compliment and started to work. I have since received much help and encouragement from two crit partners, Michelle (Mikey) Rakes and Meg Amor, both emerging writers and very generous people.

6.  Besides writing, what other interests do you have?
In real life I am a handyman, inventor, and web videographer, only handyman work pays any bills.

7.  Can you tell us what is coming up next for you?
I have a couple of works in the pipeline with Breathless Press that will be out soon. The first is a story for a seasonal collection called 'Then, Once Frozen Christmas Eve." It is a story about a heating technician who rescues a woman from her freezing town home on Christmas eve. Next is another tradesman tale, "The Substitute." In this story, a union plumber breaks union rules and assumes a false identity to substitute for a friend who owns a non-union plumbing shop. The fun starts when he shows up for the first job and discovers that the client is expecting sex and not plumbing services.

A beach bum/surfer is smitten by a six feet seven inches tall. But can his infatuation turn to love above see level?

Clayton Stoner is a blond, bronzed, hard-bodied, beach bum/surfer living the life of a thirty-one-year-old Peter Pan in a tiny oceanside cottage near St. Augustine, Florida. One calm Sunday, he sees a strikingly beautiful woman who is six feet seven inches tall taking paddle surfing lessons at the local surfer's beach. He is immediately smitten, but unable to get her attention when he encounters her at a nearby convenience store, and again, later that day, as she is running along the beach where he is relaxing.
They finally connect when he is sent to do plumbing repair work at the beach cottage she is renting. She continues to spurn his friendly advances. It looks hopeless for him until fate intervenes. But can a laid-back surfer and a woman driven by career achievement see eye to eye well enough for a long-term relationship?
Excerpt:


A light offshore breeze did little to dry the sweat on our brows as we sat on the front porch of my beach cottage, transfixed by the surf. Our suits were still wet from our frustrating day trying to ride waves that wouldn't form. Nothing dries in North Florida humidity except throats after a day of sun and surf. My buddy Smitty and I were several beers in before I finally broke the ice.
"So, Smitty, what do you do when you find your eyes are at tit level with a beautiful woman?"
"My eyes are always at tit level with women."
"Asshole, I'm not talking about where your eyes are looking. I'm talking about height. What if your eyes were only as high as a woman's breasts?"
"Are these breasts sagging down to her belly button?"
I made a cross with my fingers and held it up to him, hoping his flesh would burn. "No, in fact, they were small and pushing straight out. She was very trim."
"If you had leaned forward, would you have got one nipple in each eye?"
"Stop it. I'm being serious here."
"So am I. She could put your eye out."
"That's my beer you're drinking," I said. "You could at least give me some decent advice."
He rubbed his chin as if it would make him smarter. Smitty only thought with his cock, and I was glad he didn't whip it out and rub it for insight.
"Dude, they're all the same height lying down. And a tall one can wrap her legs around you twice. What's your problem?"
I huffed and shook my head. "Smitty, if they ever cut your head open, nothing but pussy would fall out."
"Okay, Stoner, I've got a half a beer left, and then I got to go. The mullet are running, and I want to come down tonight to do some fishing. Are you with me?"
"No. I've got an early job tomorrow."
"Would you mind if I parked in your driveway then?"
"No problem."
"I promise I'll be extra quiet if I see a couple of legs hanging out the window."
"What are you talking about?"
"Dude, if you get that woman into your bedroom, there's no way she's gonna fit on your bed without hanging her legs out the window."
Smitty had a point. My beach cottage was pretty small.
"So where did you meet this beauty?" Smitty asked, catching a belch.
"Well, we haven't really met yet. I was in line in front of her down at the Circle K earlier today. I turned around, and there I was with my nose in her breasts."
"So what's her name, where does she live, and is she available?"
I shrugged. 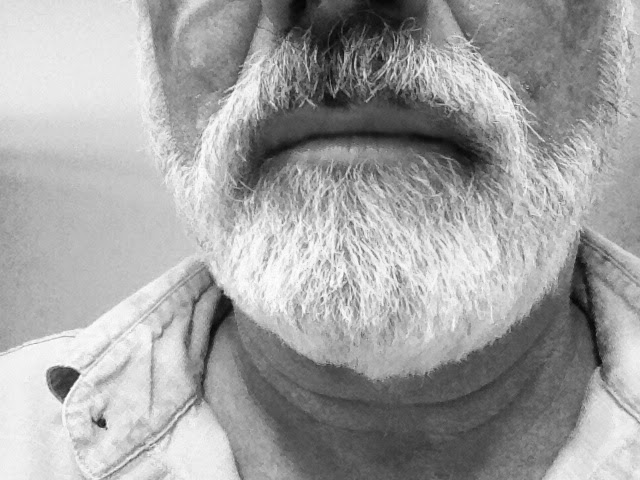 Spencer Dryden is a new writer but an old guy on the threshold of draining any reserves left in Medicare and Social Security. In real life he is a handyman, an at-home dad, inventor, and web videographer living a quiet life in the frozen tundra of Minnesota (USA).
He earned an MBA from a prestigious Midwestern university, but is so far behind on the career earnings scale of his peers that the university has offered to refund his tuition if he will return his diploma and disavow his affiliation, lest he continue to denigrate the school's impeccable brand.
His first book, a novella, Bliss was published in April of 2014 in the Covert line at Breathless Press. It is a story of a woman's struggle with sexual shame. http://www.breathlesspress.com/index.php?main_page=product_free_shipping_info&cPath=26&products_id=559
He can be reached at multiple locations:
Check out his website: http://www.fictionbyspencer.com/
He's on Google +: https://plus.google.com/+SpencerDryden
Tweet him at: @SpencerDryden
He is a regular contributor to the multi-author blog, Oh Get A Grip: http://ohgetagrip.blogspot.com
And Facebook: https://www.facebook.com/profile.php?id=100008150288001
If you liked this book, please leave a review at Breathless Press or at Goodreads:
https://www.goodreads.com/goodreadscomspencer_dryden