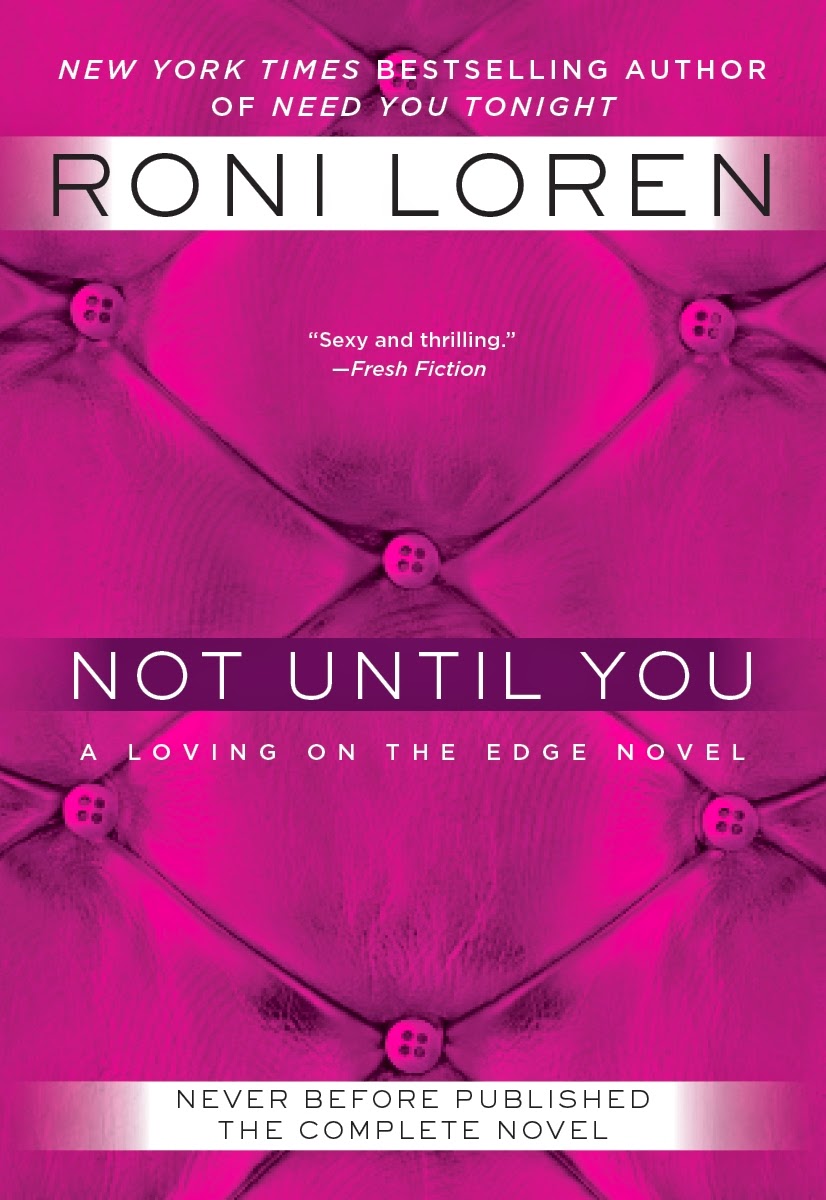 Cela knows how to be good. She’s had a lifetime of practice. But on the night of her college graduation, she decides she’s earned one wild night before she has to move back home to her overprotective family. So when the hot neighbor she’s been quietly fantasizing about for a year suggests a game of Never Have I Ever, she’s ready. But what starts out as a simple game takes an unexpected turn. Because Ian Foster doesn’t play games he can’t win.

Foster knows his desires aren’t for the faint of heart, especially not for someone as sweet and innocent as his pretty neighbor. But when Cela shows up at his door with an invitation that surprises him, he can’t resist indulging. Cela has no idea what she’s in for. The secret dark side of this man’s need will both intrigue and terrify her. But Cela has a secret of her own—and a new game to see just how far they’re both willing to go, and how much they’re willing to risk by crossing every boundary of desire. 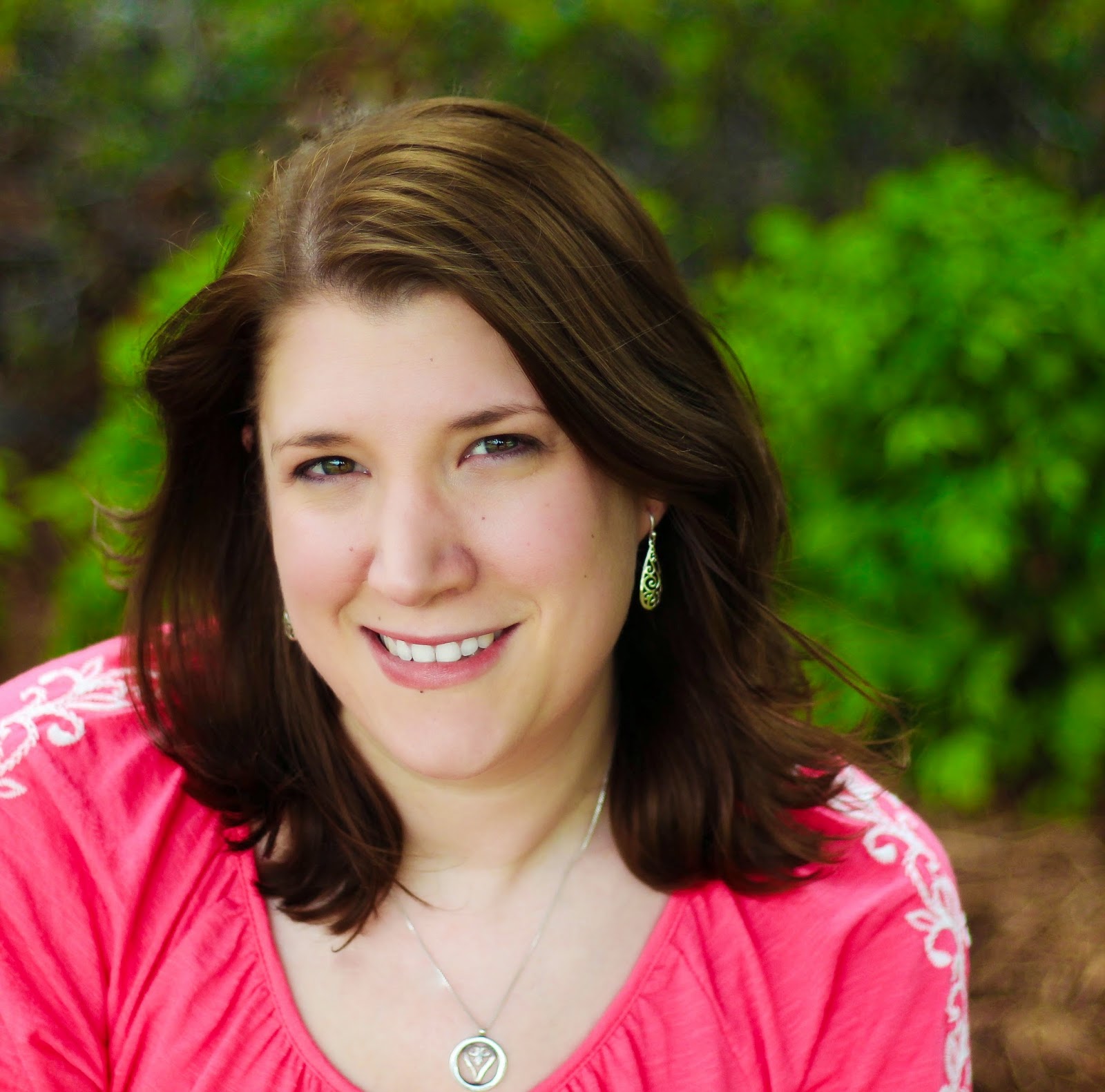 1 print set of Loving on the Edge Series (Books 1-5)
(if international winner is chosen, a $50 card will be sent instead)

Pike handed me a napkin for my hands and stood to toss the food into a nearby trash can.
I wiped off my hands and pushed myself to my feet, trying to do it as gracefully as possible in my restrictive skirt. “Yes, how’d you know that?”
“The scrubs you wear have the school insignia on them,” Foster said, as if it was totally normal that he’d looked at me that closely.
“Observant.” Especially considering I usually only managed a head-down, mumbled hey-how-are-ya exchange when we passed each other in the hallway. Secretly listening to one of your hot neighbors having sex had a way of making eye contact a bit uncomfortable the next day—particularly if said eavesdropper had used the soundtrack to fuel her own interlude with her battery-operated boyfriend.
Not that I had. Several times. Whatever.
Pike sidled up next to Foster—a motley pair if there ever was one. “So, doc, now that you’ve got no dinner and clearly too much liquor on your hands, why don’t you join us? We already have pizza on the way, and we can play a drinking game with the tequila. Do college kids still play Never Have I Ever? I was always good at that one.”
Kid? Is that what they saw me as? Neither of them could be that much older than I was. Though in terms of life experience, I had no doubt they trumped me a few times over.
“Oh, no, that’s okay.” The refusal was automatic, long practiced. How many times had I turned down such offers—from guys, from friends? My parents had been so strict when I was younger that I almost didn’t know how to say yes even after living on my own the last few years. Studies first. Fun later. Yet, there never seemed to be any time for fun after the first one was finished.
“You sure? I don’t want you going to bed with no dinner because of us,” Foster said, frown lines marring that perfect mouth of his.
Going to bed and us was about all I heard. My father’s stern voice whispered in my ear. You don’t know these men. You’ll be all alone in their apartment. Medina women have more respect for themselves than that.
“Really, I’m fine. I had a big lunch,” I said, my smile brief, plastic. “But thanks.”
“Oh, come on,” Pike said, his tone cajoling. “We’ve been neighbors for what, two years? We should at least get to know a little about each other.”
Get to know each other? I knew that Foster was loud when he came—even if he was alone. Knew that Pike liked to laugh during sex. Knew the two men shared women. And the other sounds I’d heard over the last two years…the smacks, the commands, the erotic screams. My face went as hot as if I’d stuck my head in an oven.
“Y’all just want me for my tequila,” I said, attempting to deflect my derailing thoughts.
The corner of Pike’s mouth lifted. “Of course that’s not all we want you for.”
"Uh…" Oh, hell. Pictures flashed across my brain. Dirty, delicious pictures. I almost dropped my phone again. I had no idea what to do with my hands, my expression.
Foster put a hand on Pike’s shoulder. “The lady said no. I think we should let her go celebrate her graduation however she wants.”
“All right.” Pike’s face turned hang dog, but he handed me the tequila bottle. “If you change your mind, we’ve got big plans. Supreme pizza and a Star-Wars-themed porn marathon. The Empire Sucks C—”
Foster smacked the back of Pike’s head, and Pike ducked and laughed.
“Kidding. I mean, a Jane Austen marathon,” Pike corrected, his green-gold eyes solemn. “Pride and Pu—”
Foster was behind Pike, his hand clamping over his friend’s mouth in a flash. “I seriously can’t take him out. He’s like an untrained puppy. Maybe you can lend me a shock collar or something.”
Pike waggled his eyebrows, all playful wickedness.
I laughed, putting my hand to my too hot forehead, and turning toward the stairs. “Yeah, so, I’m going to go now.”
“Cela,” Foster said as I put my foot onto the first step.
I glanced back. “Yeah?”
His ice melt eyes flicked downward, his gaze alighting along the length of me before tracing their way upward again in a slow, unashamed perusal. “Promise you won’t go to bed hungry.”
I wet my lips, my skin suddenly feeling too tight to accommodate the blood pumping beneath it, and nodded.
But it was a lie.
I always went to bed hungry.
And it had nothing to do with a spilled dinner.