Q &A with Ishabelle Torry! 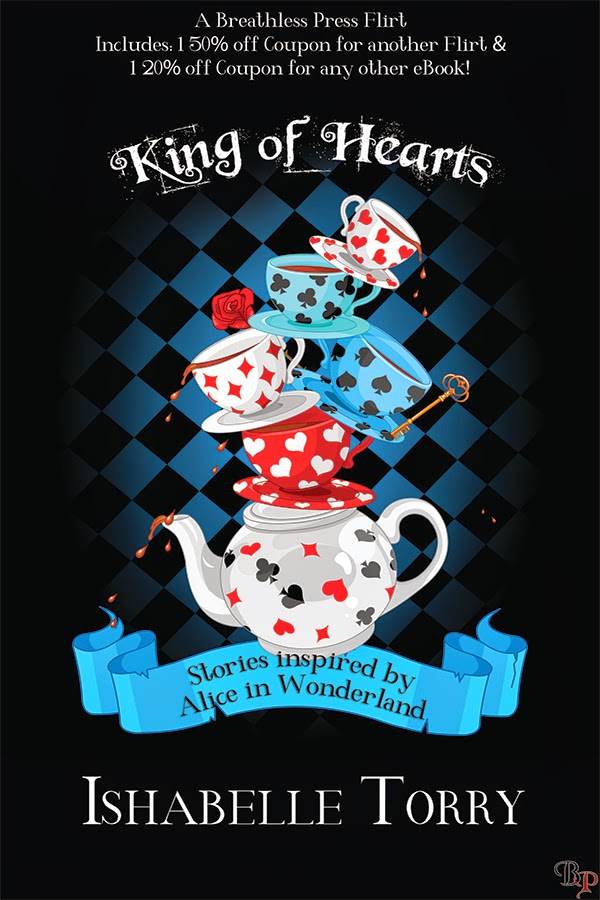 My newest release, King of Hearts, is a Flirt sized sweet romance inspired by Alice's Adventures in Wonderland-of course with a modern twist. Featuring a determined detective heroine and a confident hero, my story picks up years later after the dethroning of the Queen of Hearts.
BUY LINK

Probably the fact that Alice in Wonderland was really titled Alice's Adventures in Wonderland. *shrug* Who knew?

I don't know if interesting is the right word. But I often get up and pace in the middle of a writing session for no particular reason other than moving.


4. What authors or friends influenced you in helping you become a writer?

As I've mentioned before a zillion times (with much glee), Virginia Henley and Madeline Baker really opened my eyes to romance as a whole. These delicious authors inspired me by creating such awesome fictional worlds and characters, I often forgot it was fiction I was reading. I guess you can say I developed the "Little Mermaid" syndrome, and wanted to become a part of their world in return.

They are enamored! Is it possible to have more than one biggest fan? Because I have several!


6. Besides writing, what other interests do you have?

Oh goodness. I have a whole slew of ideas. I'm currently entertaining a series…but that's all you get.


8. How can readers connect with you online?

Readers can find me online at: https://www.facebook.com/IshabelleTorry?focus_composer=true&ref_type=bookmark

Or check out my new blog page! http://authorishabelletorry.wordpress.com/

I'm always up for comments or questions.


Detective Alicia Burrow is following the only clue she has to finding the missing Kevin Carroll. Only one more stop…only one more portal?

Alicia Burrow's is a detective on the case of Kevin Carroll, a missing man for twenty years whose blood has been discovered in alarming amounts in an alley. She's not surprised the only lead she has turns out to be a dead end. Or is it?
The rambling of the victim's Dementia riddled aunt holds more truth than Alicia could ever imagine as she discovers a portal to the Land of Wonder…and the arms of the King of Hearts.


His footsteps clacked on the marble tiles of the room. I tensed as he neared. A firm grip yanked my arm and whirled me around. Face to face, I glowered as did he in return. Yet, despite his attempt to appear irritated, a slight grin tugged at the corner of his mouth.
Using the tip of his forefinger, he traced the contour of my lips. "If I wanted to play with you, Alicia, it would be far different than this. And I definitely would not have given you clothing."
I jerked my arm loose, determined to ignore the weakness in my legs when his warm breath caressed my face. "The game is done, Kevin. I'm going home to report you alive and loony."
"No you won't," he challenged.
I harrumphed. "Watch me."

Among many normal things, such a mother, student, farmer, and author, Ishabelle Torry is a woman tormented by the voices in her head. Don't worry though! It's merely the loud, and sometimes obnoxious, whispers of many characters begging for their stories to be told. In fact, Ishabelle has started a ticket line, and everyone (okay, most everyone) is happy as they bide their time. 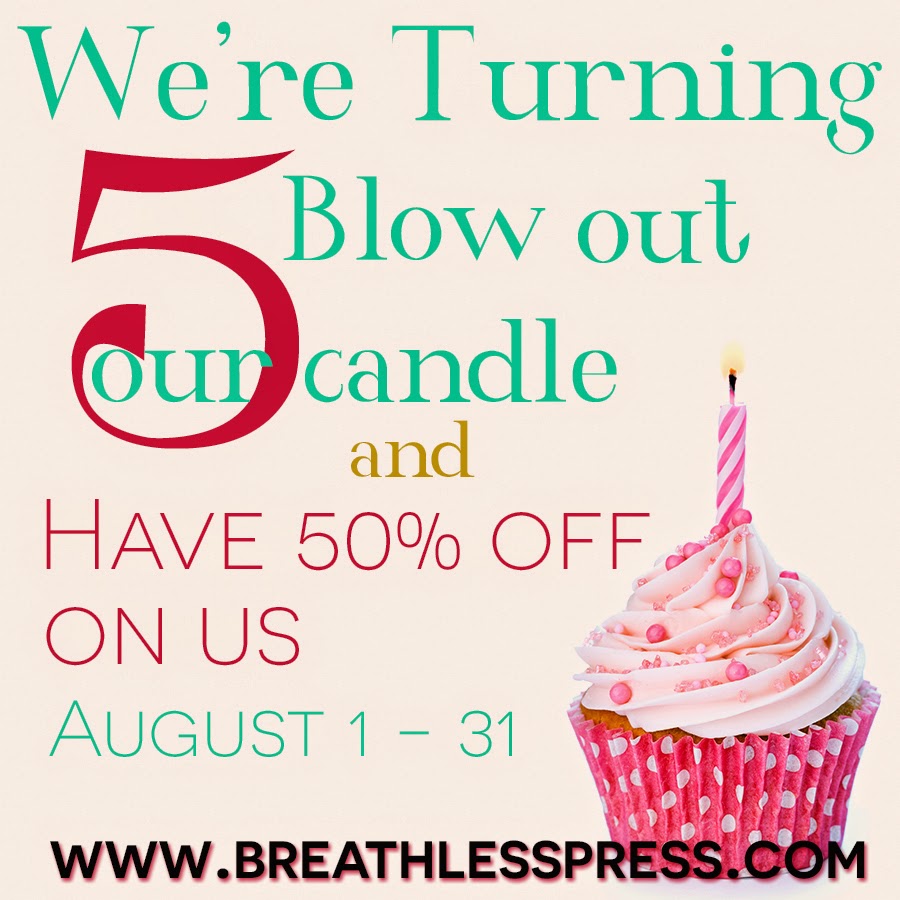 http://www.breathlesspress.com/index.php?main_page=product_info&cPath=22&products_id=614
Finally, 3 lucky winners could win prizes in our birthday giveaway through Rafflecopter!