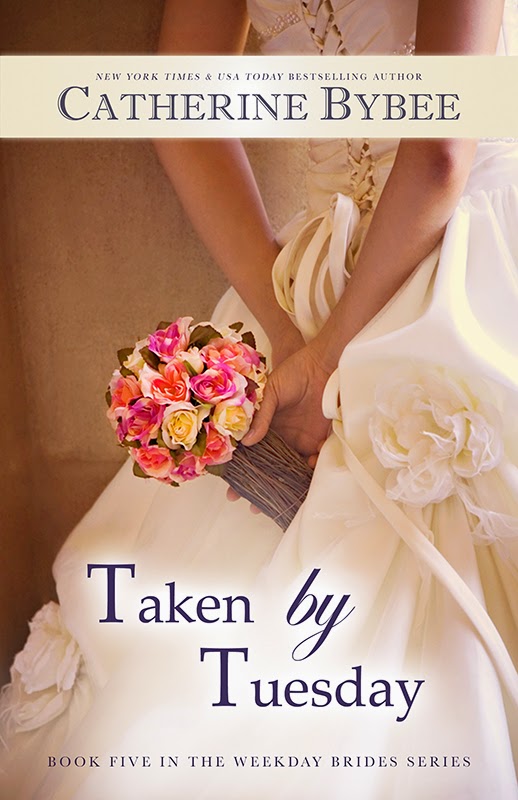 It's awesome! You should read it!

Seriously…Think retired marine who is ready to claim a woman he's had some serious chemistry for a while now… and then consider that woman, newly graduated from college, ready to conquer the world. The last thing she thinks she wants is some guy-no matter how hot he is-derailing her career path.

Yeah…you know what they say about good intentions.

Good question… That I really enjoy writing gritty scenes. I didn't expect this book to have such a twist, and when it did I was shocked at how fun it was to write edgy stuff. I think there might be a straight romantic suspense in Bybee's future.

I've piddled at writing for a few years before I seriously sat down to finish a book. That was in 2008. I was published in 2009 and have continued to explore many aspects of romantic fiction since.

Honestly…none. I didn't know one writer when I decided to finish my first manuscript. I had one friend who encouraged me as I wrote the first book I published, but the only person that made this happen was me. I'm proud of that.

That isn't to say I don't have many hands and eyes helping me now. My critique partner has been by my side for nearly six years. My assistant is a daily contact via email and texting.

Truth is, my husband and kids didn't know what to think when I first started writing. It wasn't until I published a few things that they realized it wasn't a phase. Then when Wife by Wednesday took off and changed my entire life, they were more accepting of what I'm doing.

My father, on the other hand, has read every word I've written and tells the world about me. *sigh*

I had a lot of things I did before I started writing. I crafted everything from homemade Christmas cards to tole painting. I even quilted for a time. Not to mention I had a previous life as a ER RN, but that's a different story.

Now? I'm either writing, editing, or away at book signings.
I really want to see the world, so travel is high on my list of wanna-dos.

Not Quite Forever will be released November 4th. I've just typed THE END on Seduced by Sunday. It should come out April 2015. Then, the last of the bride series will be written, and another Highland Time Travel in 2015. I think that's all on tap for the next 8 months.

Twitter, Facebook, Pintrest, Goodreads… but the ultimate best way to make sure you're up to date on all my news is to sign up for my newsletter.

I never spam, and only send out one newsletter a month unless there is a special giveaway/promo going on that my readers would

New York Times & USA Today bestselling author Catherine Bybee was raised in Washington State, but after graduating high school, she moved to Southern California in hopes of becoming a movie star. After growing bored with waiting tables, she returned to school and became a registered nurse, spending most of her career in urban emergency rooms. She now writes full-time and has penned the Weekday Brides Series and the Not Quite Series. Bybee lives with her husband and two teenage sons in Southern California.

JUDY GARDNER:
College graduate Judy stands ready to conquer the world…if she can find a job. Hoping to transition from aspiring architect to famous architect as quickly as possible, the dark-haired beauty moves to LA, staying in the home of her celebrity brother, Michael Wolfe. But it’s hard for Judy to focus on work when the sexy bodyguard she fell for last summer keeps showing up in her life and leaving her breathless.

RICK EVANS:
With his hard body, green eyes, and easy smile, Rick could have any woman he wants. But the Marine-turned-bodyguard only has eyes for Judy and her spitfire attitude. When a faceless villain attacks Judy, Rick will stop at nothing to protect the woman who opened his heart from the monster hunting her.

PRAISE FOR TAKEN BY TUESDAY

“Readers will fall in love with Rick, who is the ultimate book boyfriend with his good looks and bad-ass attitude.”  –RT BOOK REVIEWS, TOP PICK!, 4 ½ STARS

A throaty laugh made him pause.
He knew that laugh.
The smile on his face suddenly felt more genuine. His gaze slid across the room when she laughed again. Her back was to him, but it was her…Utah. She held her cue stick and pointed at a corner pocket. “Watch ‘em and weep.”
She sunk the eight ball like it was her bitch and the guys around the table groaned. A short-haired blonde lifted her hand and made a grabby motion with her fingers. “Pay up!”
Utah laughed, laid her cue on the table, and grabbed the bottle of beer at her side. All the while Rick just watched the interplay. She wore tight jeans, a tucked in tank that hugged her waist in a mouth-watering way …over the ensemble was a jean jacket that he could easily picture draped over the handlebars of his motorcycle.
“I think we just got hustled,” one of the young college kids said as he shoved his hands in his wallet to pay his debt.
“I tried to warn you.”
Judy’s friend shoved the bills into her pocket faster than the waitress had. “Anyone else? Twenty buck minimum with a round of drinks.”
This might be fun.
Rick took a step forward and lifted his voice above the crowd. “A hundred bucks.”
Utah froze, but didn’t turn around. He wondered if she recognized his voice. Had she thought about him in the last year? With the exception of her brother’s divorce party, he hadn’t seen her…not outside of a wet dream or two.
The blonde swiveled her head like a snake to prey and her eyes did that sweeping thing that happened to him once in a while. Rick knew he wasn’t hard on the eyes, knew he filled out his shirt like a Marine should. His thick shoulders and neck screamed military or linebacker. He did play a little football in high school.
“Who the hell are you?” the blonde mumbled.
Rick chuckled.
Judy slowly turned and had to tilt her head back to look at him. “Green Eyes.”
“Hey, Utah.”
“You know this guy?” The blonde shoved next to Judy and nudged her arm.
God, she was even more adorable than he remembered. He didn’t let her eyes go, just matched her stare. A blush rose to her cheeks and a few freckles peeked through. Her snarky remark about his presence was a heartbeat away. He’d lay another hundred bucks on the table as a bet that the next words out of her mouth would shock everyone within earshot.
“Did the steroid train stop in town when I wasn’t looking?”
The blonde started to laugh.
Rick stepped even closer so barely an inch separated them. The smile never left his face. “I hear steroids shrink dicks.”
As if she couldn’t help herself, Judy glanced down and it was Rick’s turn to laugh. He brushed the edge of her body with his and removed the cue from the table. “What do ya say, Utah? I’ll even let you break. Ladies first and all that.”
Rick knew they were drawing a crowd, but the interplay between them matched the sparks that hovered over them like a damn rainbow, and he was powerless to care what anyone thought.
“A hundred bucks is steep, Judy.”
“S’okay, Meg…Rick’s a big talker. Besides, he doesn’t know what I’m capable of.”
Rick shook his head and clicked his tongue. “Now, now…don’t want to show all your cards.”
“She’s really good, dude,” the guy she’d relieved of twenty bucks said from across the table.
Rick lowered his voice. “Will you go easy on me, Babe?”
Judy regained some of her lost composure and pushed away from his personal space. “Not on your life. And I’m not your babe!”
We’ll see about that. He couldn’t stop smiling.

Thanks for having me on your blog.