Q & A with Brantwijn Serrah!!!


1.  Tell us about your newest release.

Lotus Petals, my first novel, is coming out in print this month! It's a story I've been hoping to share with readers for years. It's the story of a vampire's first love, in a world where demons are never meant to love, and humans are nothing but playthings and prey.  The characters-Rhiannon and Aijyn-have been with me more than a decade, and I'm so very, very excited to have them finally come to life for others, as well!
I also have two "Flirts" out this month: Change of Pace, a tale of romance and mistaken identity; and Phone Home, a story of a couple finding ways to keep the spark alive, even when separated by miles.  I really enjoy writing these sort of "one-shot" erotic stories. They provide a way for me to test out new ideas and learn about new elements I can bring into the stories.

In my research, I discovered the 'precursor' to the geisha were courtesans known as oiran. What I found surprising, though, was that there wasn't a lot of information to find on them! Strange enough not to find a lot of their history online, but even scouring books at the library, it was very difficult to pin them down. I'm still not sure why this is.

As for authors, I have to say that Jim Butcher, who writes The Dresden Files, is a huge influence and inspiration to me. I would say that even if all I knew of him was what I'd read through his books-they are terrific-but I actually had the pleasure of meeting him twice last year, and he just blew me away by being exceptionally open, friendly, and willing to talk shop. I thanked him for his books and told him what an inspiration to me they were, and he was very encouraging that I keep submitting my work, that it would be a success if I kept trying. So that was pretty amazing!

I'm an artist and I draw, paint, and use a Wacom tablet for digital work. I also customize My Little Ponies (Google "custom mlp" if you want to see what that means), and I've recently become interested in sewing plushies.

Well, now that both Lotus Petals and Goblin Fires are out and doing well, I've been fortunate to have my publisher, Breathless Press, decide to release them both in print! I'll be attending a convention in October to promote the books and other Breathless titles.  As for new works, I've submitted the sequel to Lotus Petals and am waiting to hear back on its acceptance, and I'm working on a stand-alone novel called His Cemetery Doll, for a Halloween themed call. 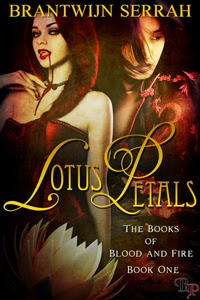 Aijyn, human slave to a ruthless vampire Lord, would never dare do anything to incur his wrath. Then, she fell in love...with his bride.

Rhiannon Donovan, daughter to the vampire Queen, would rather die than be made a bride to a demon lord. Aijyn, courtesan to the undead Daimyo of Kansai, can think of nothing more horrifying than his promise of eternal life. In the halls of the Blood Lotus Temple, the two women struggle against the chains of their fate, and find a solace in each other that could mean freedom for them both...or cost each of them their lives.
Buy Link 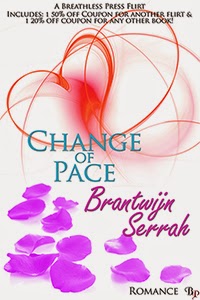 
Edward Prince was raised a man of privilege and wealth. He's about to find out, though, what it really means to be rich.
A chance encounter puts Edward Prince face-to-face with his exact double: a coffee barista named Tom. Over macchiatos the men decide to take advantage of a rare opportunity: switching places. Tom will go home to a life of luxury as Edward, while Edward finds himself in Tom's comfortable studio apartment with Tom's girlfriend, Vicki.
A few days of living Tom's life, however, and Edward finds himself in a troublesome position—he never wants to go back.
Buy Link 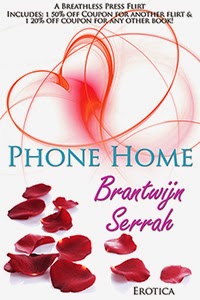 PHONE HOME
What to do when your honey's traveling but you've just got to have some fun? For Catie and Ryan, good times are only a phone call away...
Ryan's on a road trip with friends, which means Catie is by herself for a long—and lonely—weekend. When the phone rings just before midnight, though, she can guess what it means: Ry's lonely too, but he's not about to let miles of road stop them from having a hot night together.
Buy Link