Guest Post and Giveaway from Susannah Sandlin: What’s Up With Those Eyes? 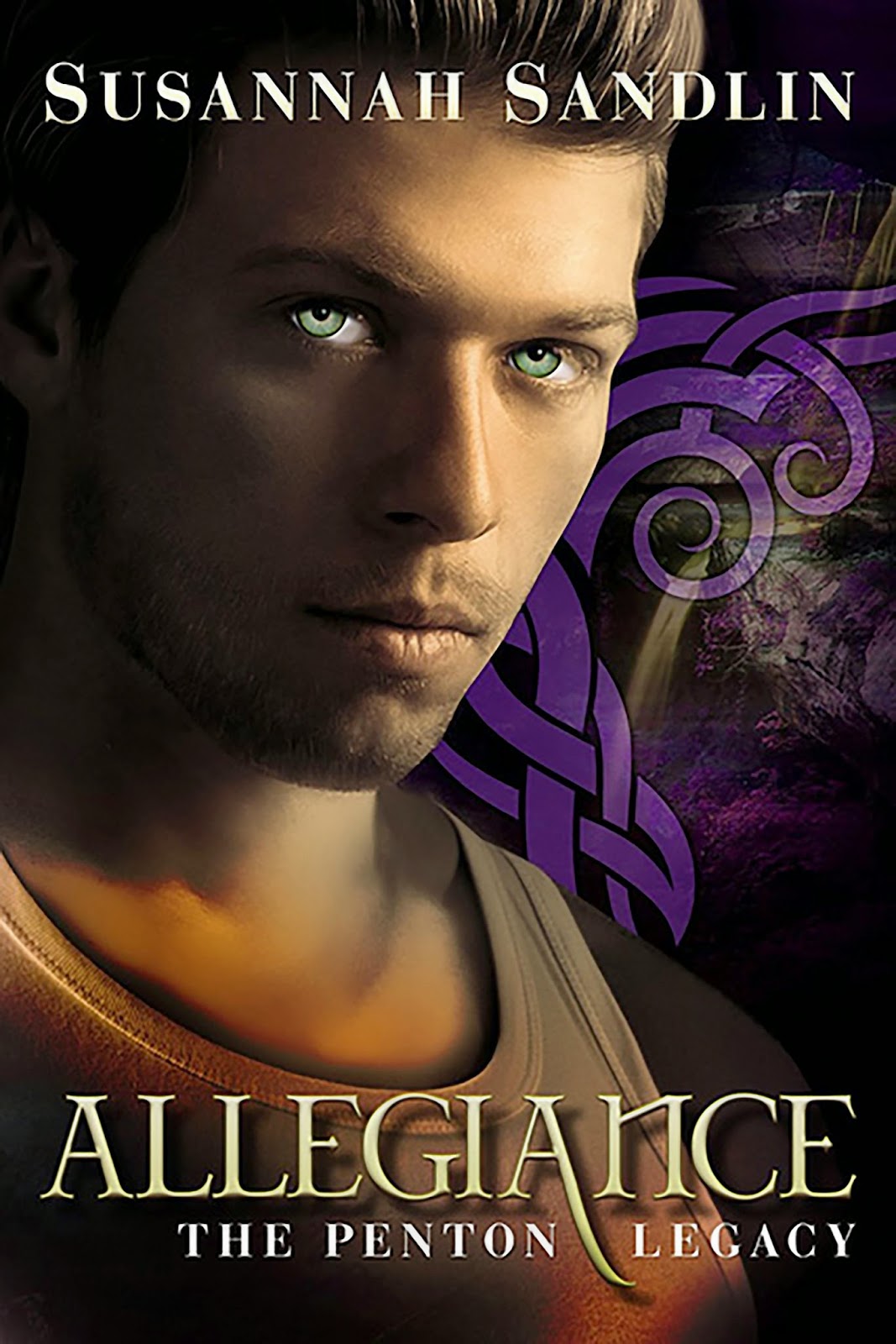 One of the most frequent questions or comments I get about the covers to the Penton Legacy series is either ‘What’s up with those eyes?” or “Those eyes are creeping me out.”

One of the traits of the vampires world in the series is that the irises of a vampire lighten when one of three things happens:

1) The vampire is hungry and hasn’t fed in a while, or is exposed to a lot of blood.
Early in Redemption, the hero, Aidan, is with his Scottish behemoth security chief, Mirren, when the heroine first meets them. Krys is a doctor driving her beat-up Toyota toward Penton, and Aidan as flags her down to help one of the Penton humans, who’s been attacked.
Mirren retrieved her medical case and purse and set them next to her, then paused and stared at his hands, which had gotten covered in Mark’s blood when he’d thrown the discarded bandages in the dumpster.
Krys pulled a fresh wipe from her kit and held it out to him, but the blood had taken hold. Mirren swiped his tongue across one of his palms, closing his eyes a moment and then fixing Krys with a slightly unfocused gaze.
Holy hell. The big guy’s eyes had lightened to silver and he was about a half-step from losing it.
“Mirren.” Aidan spoke sharply, and squeezed his friend’s shoulder hard enough to break bones in a human.
Mirren blinked at Krys. He shook his head and stalked to the driver’s side door, climbing in with a rumble of cursing.
Krys sat openmouthed a moment before whispering, “Is he, uh, okay to ride with?”
Oh, honey you have no idea.

2) The vampire is angry or agitated.
In Absolution, vampire lieutenant Will Ludlam and his patrol partner, Randa, get a call to come to downtown Penton, where a fight has broken out between Penton vampires and some rogue vamps coming out of Atlanta. By the time they get there, things are already well in hand, sort of:
Will stared at the scene playing out in front of the theater, where the marquee advertised a Twilight marathon. One figure stood outlined in the backlit space, swinging a sword two-handed. Heads were flying. Literally. “Holy fuck,” Will whispered, jumping aside as a severed head rolled near his feet, its blond hair askew, its face frozen in wild-eyed shock.
Randa’s mouth hung ajar. “What you said.”
Aidan, Tanner, and the other members of the Penton scathe had moved back, watching while Mirren cleaned out the remaining invaders like a one-man wrecking crew. They were going to have some serious cleanup to do. Very few of these bodies were still in one piece.
Skirting the main fighting arena and dodging body parts, Will and Randa circled around to Aidan. The vampires who still had heads apparently had at last realized their numbers were no match for the big man with the sword, not as weak and starved as they were. More than one whispered “Slayer” loud enough for Will to hear. Which meant Mirren could hear. Which meant the silvery light in his eyes was glowing even brighter because he was pissed.

3) The vampire is sexually aroused.
In Allegiance, Robin Ashton is a feisty eagle shape-shifter who has moved to Penton and is meeting her first vampires. She’s studied them, so she knows a little, but from Cage Reynolds, our British vampire hero, she finds out she might not know enough.
Robin figured she might as well annoy Cage, who sat in the front seat. She pulled the ponytail he’d tied his hair into, then grabbed the leather cord and jerked it off. Unbound, his hair fell to his shoulders and was the color of her lightest feathers when she shifted into her golden eagle form. Most of her feathers were dark reddish-brown, the color of her hair, but her wings had tips of golden brown like Cage’s mane, which was soft and fine as silk, but thick, with just a touch of curl.
He shifted around to face her. “Have a hair fetish, do you, little bird?”
“Ooh, flirty.” And sexy as hell. Maybe this vampire was dangerous, at least for her. “So, even in this light, I can tell your eyes have gone kind of silvery green. That means you’re pissed off at me?”
Anger and hunger, the “vampire 101” dossiers had said. That’s what would cause their eyes to lighten. “Or do you need a blood transfusion?”
Cage shifted to look at her more closely, and she had a foreign urge to squirm under his examination. His eyes had lightened even more.
“Guess it’s not too soon to start your lessons in the ways of the vampire,” he said, his deep voice taking on a silky quality that caused her heart to do a stutter-step. “Three things will cause a vampire’s irises to lighten.”
Well, she knew two. “Yeah, yeah, anger and hunger. What’s the third one?”
He reached back and stroked a finger along her jawline. “Arousal, little bird.”
Then he turned back around and laughed. “You’ll have to decide which one applies to the present situation.”
Don’t worry—she can handle herself.

So now you know why the guys on the covers of the Penton Legacy books have those glowing eyes. Next question:

Got a question for Susannah? Post a comment and be entered in a chance to win a copy from her
Penton Legacy series (Redemption, Absolution, Omega, Allegiance).

ALLEGIANCE (PENTON LEGACY BOOK 4)
By Susannah Sandlin
Release date: June 10, 2014
Published by: Montlake Romance
Available in print, digital (Kindle only), and audiobook
British vampire psychiatrist and former mercenary Cage Reynolds returns to Penton, Alabama, looking for a permanent home. The town has been ravaged by the ongoing vampire war and the shortage of untainted human blood, and now the vampires and humans that make up the Omega Force are trying to rebuild. Cage hopes to help the cause, put down roots in Penton, and resolve his relationship with Melissa Calvert. The last thing he expects is to find himself drawn to Robin Ashton, a trash-talking eagle shape-shifter and new Omega recruit.
Meanwhile, as a dangerous saboteur wreaks havoc in Penton, the ruthless Vampire Tribunal leader Matthias Ludlam has been freed on the eve of his scheduled execution. But by whom? And to what end? As war and chaos rage on, love isn’t something Cage is looking for, but will his attraction to Robin distract him from the danger living among them?

Susannah Sandlin is a native of Winfield, Alabama, and has worked as a writer/editor in educational publishing in Alabama, Illinois, Texas, California, and Louisiana. She currently lives in Auburn, Alabama, with two rescue dogs named after professional wrestlers (it was a phase). She has a no-longer-secret passion for Cajun music, Canadian French pop music, and reality TV. She's single and is on the hunt for a longhaul Ice Road Trucker who also hunts gators.

* ABSOLUTION, book two in the Penton Legacy series, won the Holt Medallion for paranormal romance in 2013 and was a finalist for the 2013 Prism and Gayle Wilson awards.

* STORM FORCE is a finalist for the 2014 Prism Award for dark paranormal romance.

As Suzanne Johnson, she writes the Sentinels of New Orleans urban fantasy series.

That is an interesting concept that your feelings really show through your eyes in this series.

It's interesting how differently vampire mythology is used by different authors.

Love your covers! Even amongst humans, we read other people by looking in their eyes. Why should it be different for vampires? Enjoyed your discussion on the meaning of the vampires eye.

"Vampire 101". LOL. Really enjoyed Allegiance, I hope you guys do to. Robin grows on you in this book.

I liked the excerpts that demonstrate each of the reasons their eyes lighten in color. Good to know!
jmcgaugh (at) semo (dot) edu

I love Robin, so I can't wait to read all about her and Cage. I'm very happy that she gets to star in this book. Great excerpt and it sounds like a there will be a lot of sparks between them.

What an interesting post! I have always thought the eyes on the Penton books were intriguing, never creepy. Thanks for sharing the info and the excerpts.

So, with Storm Force and subsequent novels in that series being a separate story within the Penton Vampires "world" where the characters can potentially mingle together, how difficult is it in your writing process to make sure that each series can be read on its own without getting the reader confused (if they haven't read the other series)? What's your method for keeping track and making sure that slight separation stays in place?