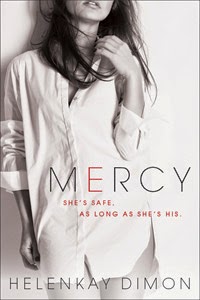 After she infiltrated his business and betrayed his trust, a disavowed CIA agent must seek sanctuary in the bedroom of a man who will either help her, kill her, or bring her to her knees…

Becca Ford is on her own. Eight months after she headed up a sting operation to take down millionaire club owner Jarrett Holt, the other agents in her special ops team have been eliminated under odd circumstances, and she needs a place to hide.

Jarrett is a man who prefers darkness to light. He deals in the only truly valuable currency—information—and his supper club caters to an exclusive clientele. It was an uncharacteristic moment of weakness when he let a woman into his life. But it’s not luck that the criminal charges disappeared . . . as did the evidence.

When Becca returns to the club seeking his help, Jarrett doesn’t want to hear her story. But he does want her body, and demands that she give it to him. He’ll keep her safe—for now—but it’ll be in his bed and on his terms, until he says they’re done.

Thanks for this awesome giveaway! This one is on my wish list, it looks awesome! I'm a big fan of her books.

I love the cover of this one and have been wanting to read it for a long time. Thank you for the giveaway!

Looks great, love Helen books, this sounds quite hot, thanks for the giveaway
Kimh

A long time fan of HelenKay's stories--looking forward to this one :)

Love to find out why Becca chose Jarrett as her "safe" place. Sounds like some explosive chemistry exists between them.

I'd love to win and review MERCY!

I just love this cover. I love Helen's books.. Thanks for offering up such a great giveaway.