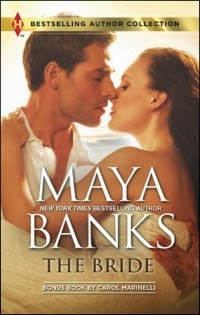 
Isabella Caplan arrives in New York City with one goal. To make hotel magnate Theron Anetakis fall as hard for her as she’s fallen for him. It doesn’t matter that he’s older or that he’s practically engaged. All’s fair in love and war, right?
Theron’s attracted to her, and he’s battling it hard, but Bella isn’t about to make it easy. When one passionate night results in Bella’s lost virginity, Theron proposes. She’s got everything she wanted… almost. She can make him want her, but can she make him love her?


In the Rich Man's World


Exclusive: Australia's richest, most ruthless tycoon bares all!
Reporter Amelia Jacobs has got a scoop with Vaughan Mason. She'll spend a week in this rich man's world...
Revealed: the passionate playboy...
But Vaughan's skill at seducing women is legendary in Sydney's newspaper gossip columns--and Amelia's determined not to spend the week in this rich man's bed!

Tell us... do you have SNOW on the ground where you live right now?

Winner will be announced later in the week.
at February 09, 2014

Yes, unfortunately. It has been constant this winter. And talk of more this week I believe. Am from NY.

We have around a foot of snow on the ground here in southwestern Wisconsin. Brr! It was -10* this morning! Record breaking cold. We've had over 20 days with sub-zero temps. HELP!

I'd love to read THE BRIDE by Maya Banks. I enjoy reading about woman who are able to bring wealthy, arrogant men to their knees especially if they're Greek! Bella sounds like a woman well in control of her life and goes after what she wants....Theron... successfully!

No, it is just really cold.

Yes. If my husband is not using the snowblower, then he and/or my son and/or I will be shovelling. We can't see people walking down the street in front of our house because the snow is piled so high. What gets to me is how quickly the ice forms under the car, so you need to "kick it off" (if possible) every single time you drive somewhere. Wow.

Whoops. Forgot to add re don't include me in your draw, as I'm in Canada.

No snow on the ground here! This is my first winter in sunny California and I have to say, hailing from the east coast, this warm weather year-round is something I could get used to ;)