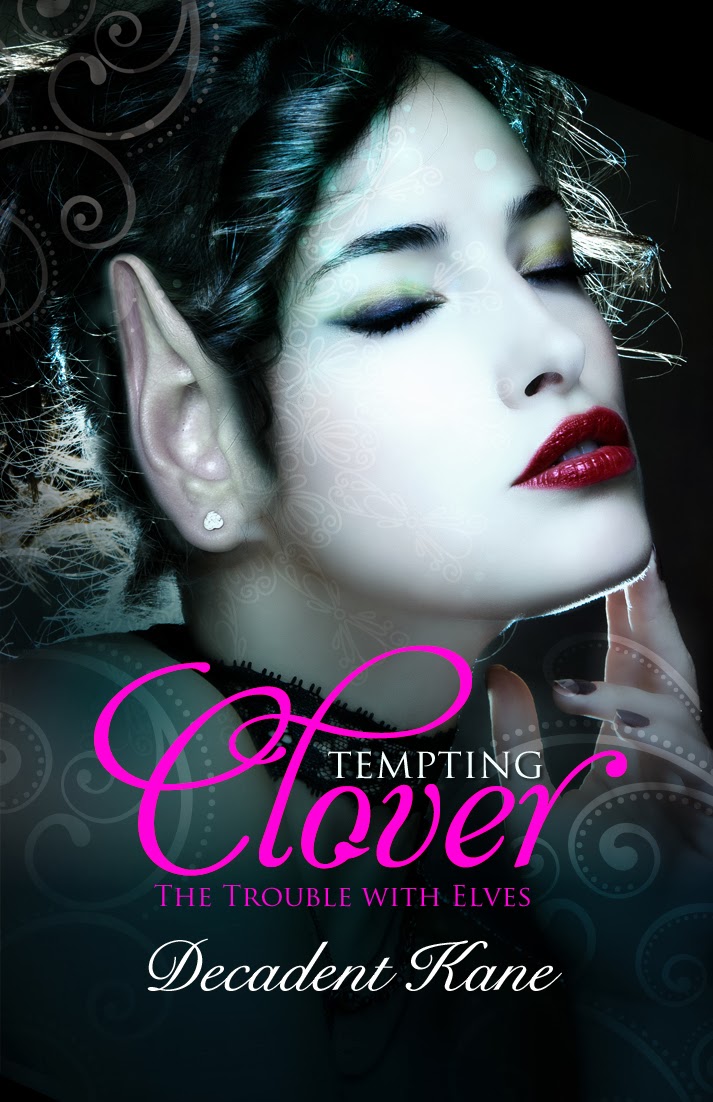 Tempting Clover follows an elfess who is cursed by a goblin. She has to hand over her sexual essence just so he can turn into a human. But don't underestimate Clover- she's determined to get free at any cost, even if it means she has to poison herself to do it.

The most surprising thing was how much Malik, the goblin, actually wanted her for more than just a pet. I didn't expect his own interest in her sexually to come out.

Lots of them. Right now- I have to have a title before I can write more than a chapter.

Many authors helped, but mostly I made up my mind to be a writer in 5th grade and then just stuck with it.

They silently support me.

I have several elf stories in the making- Bounty hunters and pirates.

Breaking a goblin's curse is more difficult than Clover thought. Especially when love and nightshade are crucial ingredients.

For two years, Clover has been at a goblin's beck and call. Two years of no orgasms. Until she heard a rumor the sage witch could help her break the goblin's curse. There's only a few minor details, like how would she find love on short notice and how deadly are nightshade berries?
Reed's life was simple—own a bar, walk to work, fight a little. He didn't expect to tangle with a wanton elfess who disappeared on him not once but twice. Let alone save her from a depraved goblin. He'd sworn off women like her for good, so why did he feel the need to protect her?

Clover watched his chest widen as he inhaled. He owned the bar and did the tending? Impressive. One little thing to settle. "My savior..." she purred and reached for him, sliding her body up against his. "What do you want for your heroic deed, sir?" Her voice took on a note of sarcasm. "Perhaps I should repay you with a nice, long fuck. Is that what you want?" She brushed a hand along his chest and walked a circle around him. It's what all men wanted, and if she could oblige, she would. Despite her hurt pride, she found his masculinity, his strength penetrating every part of the bar, captivating.
"I want nothing from you. I only did what any gentleman would have done, Elfess."
Her heart skipped. He'd already nicknamed her. Anger flared. "I can handle myself. You had no reason to interfere." It didn't matter that she liked the nickname and how it rolled off his tongue in that smooth low voice. She didn't need a protector.
People began to stare.
"And what could you have done as his fist collided with your pretty face? I couldn't have that now, could I?" His eyebrow arched.
"It wouldn't have hit me. I would have moved out of the way. He was slow. I had everything under control. You men are all the same—only looking to fulfill your own pride, make sure you're seen in a good light. I'm no distressed elfling." Clover stepped back.
Anger permeated him. His nostrils flared out and his face turned the cutest shade of red. Clover resisted the urge to smile.
"Next time, I will oblige your pride." He advanced on her, taking away the distance between them. His jaw clenched when he reached her. Clover moved backward, wary of his intentions. His green eyes glared. "Are you worried now, Elfess?"

Unknown said…
Thank you so much for taking the time to host me on your blog today. I greatly appreciate it.
10:59 PM

Torie said…
Great job DK! Can't wait til TC is released! Thanks RRT for hosting!
10:50 AM