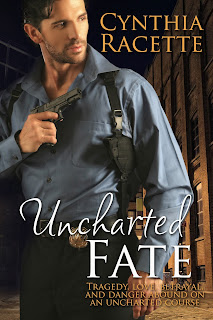 A:  The story is about a family who loses their father to a crime gone wrong and a detective, Jeff, who helps the family and falls in love with the mother, Anna. Near the end a tragic situation, fraught with danger, threatens the woman he loves and only Jeff can save her.

A:  My favorite scene is when the detective must confront the daughter about her drug habit and then tries to arrest her and Anna accuses him of not loving her or her daughter. He tells her he would arrest his own son if he thought it might save his life.

A:  I've always loved writing and have been doing it ever since I remember.

A:  LOL—there is no typical day. But I do have kind of a routine. I take care of marketing concerns for my other books and check email and then start writing. I usually read through at least the last few paragraphs from the last session in order to get in the mood and then start in. I don't write from a strict outline but I'm not a punster either.

A:  I feel more comfortable writing on a lap desk in my lap and not in an office. But not a real quirk, no. I would keep candy/chocolate next to my computer but then I'd get fat.

A:  One thing is just how many books there are out there and how much competition. I thought getting published was the end but it's just a start.

A:  Two—my daughter, award-winning Cassandra Carr and I kind of went through all the early growing pains together, although she was about a year ahead of me. Then, Cass and I both belong to the western NY RWA and she's the president and I'm the V.P. They have been incredibly supportive and informative for both of us.

A:  They're thrilled. They know I have wanted this all my life and it is a dream come true.

A:  We're all avid hockey fans and I love to read and travel—we're going to Costa Rica for a month next winter—and spend time with my grandchildren, all five or under.

A:  I'm going to be releasing a very sexy and romantic novella this fall entitled Married to the Job. It's about two scientists who work on opposite sides of the country and fall in love while the hero is giving a seminar in CA. Steamy….

My WIP is a book about a woman who goes into severe depression when she loses her teacher's job and her fight to get her life and her family back. It's very emotional and has some funny moments with her daughter.

And my blog is:
www.authorcynthiaracette.com

A young family's lives are destroyed when the man of the house, Mike, is killed by a crazed criminal on his way home from work. Left virtually penniless, the family flounders under a mortgage suddenly too large, a teenage daughter so traumatized she becomes involved in drugs and stealing, and a younger son who believes it is his fault God took his father. Anna is now the head of a one parent family and must look for a job, with no experience and an irrelevant degree. Out of her element, out of money and without her first love, Anna struggles to cope.

Jeff Thomas is a divorced detective who brings in Anna's daughter Mallory when she's caught shoplifting and then finds himself entangled in the family's trouble. As times goes on, he realizes he's also falling in love with Anna. Can he take Mike's place in Anna's life and in that of her family? Before Jeff has hardly begun to try, a dangerous situation threatens to determine the fate of the woman he's come to love and Jeff is the one person who can save her.

My hubby and I moved to Buffalo, NY, to be with our daughters and grandchildren, so you can see that family is very important to us. We spend as much time with our wee grandchildren because we know what a short time they are little. I have written since I was a teen and was, at various times, a reporter, an editor, and an author. I joined RWA with my daughter Cassandra and we have each had great success since then.
In my spare time, we like to travel, especially to warmer climes in the middle of winter, swim in our pool here at home, read and watch hockey. We're big fans of the Buffalo Sabres. My hubby is a runner and I am a watcher—I watch him run. LOL I will read anything, including a cereal box but I draw the line at phone books.

Thanks for letting me stop by today!

This sounds like a great book to read. It's just the kind I like to read and I am putting it on my TBR list for sure.
Great interview... thanks for bringing this new author to my attention.