Q & A and Giveaway with Susan Hanniford Crowley! 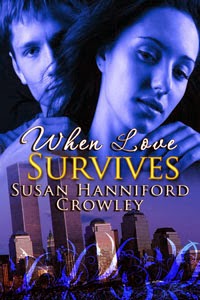 My newest is When Love Survives which is about two supernatural rescue workers at the World Trade Center in New York City. I love that the heroine doesn't know she has supernatural powers until she has to use them.  I love the fact that shapeshifters can spot their true love on first sight.  It's a wonderfully romantic and touching story.  At least that's what I've been told by people.  It's available in Kindle, Nook, Kobo, Smashwords, and other fine ebook stores.

Just before When Love Survives came out, Vampire King of New York was released.  King Max is looking for true love, but he has issues in his past that rise to haunt him.  Evelyn isn't in a hurry to be in a relationship again. She was badly hurt by an abusive husband and she doesn't want to be a vampire.  How does he convince her to trust her heart even though it's been broken?  His heart's been broken too and one his lifemate can heal it. It's in the touch. If she says that he's warm, then they are lifemates. What I love about Max is that's he's very sexy and knows when to be gentle!  He risks being encased in ice if she says no.  Vampire King of New York is available in Kindle and Nook.

All my stories start out as dreams.  Usually I get the entire story that way, but the details in some places require research. I read personal accounts in many newspapers from the time of 9/11 to get a many of the details right.  I originally had a timeline in the story, but I eventually took that away. I cried a lot during the writing of When Love Survives. I was amazed by the people who went to help on that day.
3.  How long have you been writing? 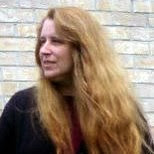 I've been writing since I was 8 years old.  I wrote a series of squirrel stories.  When I was 16, I wrote a spy novel. All the best publishers in NYC turned it down.  Of course, they did not know the author was only 16.

Marion Zimmer Bradley was a huge influence on me. She was my first editor when I wrote for her Sword and Sorceress anthology series.  She told me "Susan, authors have to be seen.  Go to a conference."  Jennifer Stevenson was another big influence.  At the Nebula Awards in NYC several years back, she told me that she had read my work and I'm really a paranormal romance author.  I didn't really know what that was, as I had been writing fantasy and some science fiction.  I went to the bookstore and bought 6 paranormal romance books. After reading them, I wrote and had such a blast doing it too.

They are proud of me.

I love researching and traveling.  I also collect dragons and sea shells.  I babysit my granddaughter Penelope every chance I get.  She's so funny.
7. Can you tell us what is coming up next for you?

Before the end is out, I have two and possibly three books coming out--all vampire romances.  I have a online party with The Romance Studio for Halloween, and my own blog Nights of Passion will be having a Spooktacular.

Now for the contest: One lucky commenter who says "I love the Big Apple," will win one ebook from the two I talked about and in their choice of ebook formats of Kindle, Nook, or secure PDF.  (Secure PDFs cannot be printed out.) The deadline is Saturday, Sept. 28 at noon Eastern Time. This contest is void where prohibited by law. Good luck!

Nice interview, Susan. I'm looking forward to the Spooktacular on Nights of Passion.

I enjoyed the interview thank you.

Thank you all for dropping by and entering my contest. Picking a slip of paper out of the hat and it's bn100. Congratulations, bn100. I will be emailing you.