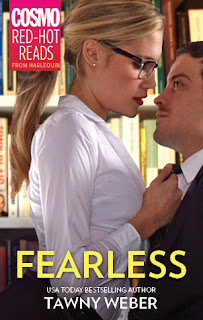 Promising career: check
Amazing apartment: check
The best of friends: check
Sex life: MIA
There’s just one thing missing from Gia Renyard’s life: sexual adventure. And the one man she’d like to have it with is her hot co-worker, Luke Monroe. If only company rules didn’t prohibit her from asking him out. So Gia comes up with a plan: make herself over into a fantasy seductress, follow Luke to a convention in Sin City, and have her way with him for one erotic weekend. The man will never even know who did him.
Everything is going according to plan—until Gia discovers that Luke is perfect for her outside the bedroom too. And suddenly she’s no longer content to let what happens in Vegas stay in Vegas…

“So what brings you here?” Luke asked, needing a distraction from the demands his body was trying to make.  Demands that’d have them both naked and putting on a floor show pretty damned soon.
“Here, where?  To Vegas? To the Bellagio?  Or to the club?” she clarified.
“All of the above.”
“Actually, I’m here to live out a little fantasy,” she said her words so quiet they were almost lost in the music.
“Yeah?  What kind of fantasy?”
Her eyes were endless, lush lashes so thick they were like fringe and so much emotion in them that Luke felt like he was drowning.  Emotion usually made him run.
But whatever was going on with Vanna had him hooked.
Intrigued.
She wet her lips, a quick swipe of her pink tongue over that glossy red.
Luke’s temperature spiked.
Horny as hell.
“Actually, my fantasy is of the sexual nature,” she told him, a flash of nerves in her big brown eyes before her gaze locked on his mouth.
The nerves, as much as the fact that her stare was like a physical caress over his lips, was a major turn-on.
“You don’t say.  Is this a fantasy you’d care to share?”
“Maybe.  With the right guy.”
“What’s it take to qualify?”  Whatever it was, he’d do it.
“Imagination, boldness and the ability to follow directions top the list,” she said.  Then, as if testing the strength of the passion between them, she shifted closer so her full breasts brushed his chest.  “What do you think?  Are you up for the job?”
His body hitting a flame hotter than he’d ever felt with clothes on, Luke grinned at the woman in his arms. 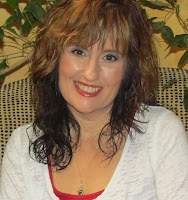 USA TODAY Bestselling author of over twenty hot books, Tawny Weber has been writing sassy, sexy romances since her first Harlequin Blaze hit the shelves in 2007.  A fan of Johnny Depp, cupcakes and color coordination, she spends a lot of her time shopping for cute shoes, scrapbooking and hanging out on Facebook.

Readers can check out Tawny’s books at her website, www.tawnyweber.com, or join her Red Hot Readers Club for goodies like free reads, complete first chapter excerpts, recipes, insider story info and much more.

Thanks so much, Jane :-D I really do hope you enjoy it!!

Whoo hoo huge congrats on the release this is an awesome story Iloved Gia and Luke and of course the girlz :)

Hi Helen! Thank you so much for stopping by, and for the wonderful words about FEARLESS! I'm so glad you liked Gia and Luke's story :-D

Fearless sounds like a fun story, Tawny. I can't wait to read it.

thank you so much! I appreciate you checking out the excerpt.