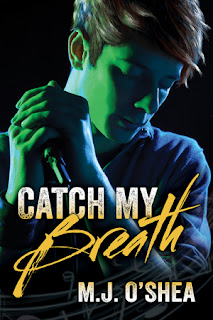 Danny Bright knows he was born to entertain people, he just needs his big break. So when he hears that Blue Horizon records is holding auditions looking for the next big thing, Danny jumps at the chance. It doesn’t turn out exactly as he’d imagined though. Instead of getting a solo contract, Danny is put with four other guys — into a boyband. Elliot Price thinks he’s headed for college. An impulsive decision to sing in the local talent search changes all that. Big wig producer Sasha Pulaski happens to see him, hands him a business card, and turns Elliot’s life upside down.
Elliot and Danny are close from the very beginning. They love all the guys, but it’s different with each other. Soon, their friendship turns into feelings more intense than either one of them can ignore, as much as they know they should. The other three boys only want Danny and Elliot to be happy, but when their management team and record label find out two of their biggest tween heartthrobs are in a relationship with each other, they’re far less than pleased. Danny and Elliot find themselves in the middle of a circle of lies and coverups all with one bottom line — Money. They have to stay strong and stick together if they don’t want to lose themselves…and each other.

* * * *
MJ O'Shea here, talking about my newest book Catch My Breath! I wanted to talk a little bit about the characters. There are lots of characters in this book, some written "normally" and others… not:) Two of my favorite characters to write didn't ever have dialogue and were rarely on scene physically, but they played a big part in the boys' lives as they would in a real pop star's life. They're the press (or the media) and the fans. The media (mostly) is represented by a gossip column that I named Candy Scoop and the fans represent themselves online! A lot of the time, I showed the media following the manufactured story that the band's management spins to sell more product.
The fans react to what's "really going on" other than a few...less supportive ones.
I know in reality with fans and media and mega stars things are quite a bit more complex than I've portrayed them, but I thought the book wouldn't be complete without just a touch of representation from those two very important groups! So without further ado…
(in this scene, our boy band Static has just landed themselves a television deal. They're on a show called Band Camp, much like The Real World (on MTV) except all about musicians trying to hit it big)
The Press
WELCOME TO BAND CAMP MEET THE CAMPERS!!
A Candy Scoop Exclusive

We here at Candy Scoop are thrilled to be your number one source for gossip and scandal on the new show Band Camp. The house is super gorgeous, right near the beach in nearby Santa Monica, and filled to the brim with hot new musicians hoping to make it in the tough music industry. Good Luck, guys!! Be sure to give us something fun to gossip about ;)

It’s time to meet the campers:
We have the lovely ladies of THE PIXIES: CHELSEA, ANDREA, SAVANNAH, and GRACIE. Their great looks and soulful sounds are sure to have you couch dancing in no time!

No music house would be complete without a few Alterna- hotties! OCD members JEFF, TYLER, and BRENT fill that role. If you like your boys tatted and complete with eyeliner, this band is for you!

Our two fantastic soloists are the guitarist with a voice from above CHRIS COLLINS and dreamy hip hop soulman ISAIAH PHILLIPS. Can’t wait to see what these two have in store for us.

And last but not least is the Band Camp boy band, STATIC. We’re screaming and crying already!! There’s sexy southern REECE, brooding gorgeous WEBB, cute boy next door TATE, funny and adorable DANNY, and pretty boy ELLIOT who might look like an angel but has a voice like sin. Tell us who your favorite is! Picking a favorite member is boy band tradition after all.…

We can’t wait for you guys to get to know the Band Camp cast. We love them already!

So that's a bit of a taste of the press!
My other favorite character to write was "the fans".  Like the press, the fans don't come in a normal format! Throughout the book, the fans interact with the boys in my band and react to events … but it's all in Twitter form:) I had more fun that I'd like to admit writing the fan tweets! Here's a bit of them — oh, and just like all good fangirls, the fans have done some shipping! "Delly" is Danny and Elliot shipped together!
(In this scene, Elliot and Danny have been out playing in the park and were spotted by some fans! Their outings have been referred to as "dates" by the fans for a long time)
The Fans:
Cara D @Dellyisreallove
Sqeeeaallll! @EPriceisRight and @DannyBoy94
are so cute! I saw them playing in the park last night.
It was perf :) #Dellydate

That's a bit from the two 'characters' I had the most fun writing:)  Thank you so much for having me and please contact me any and all the places listed below if you have questions or comments about the book!!
< 3 MJ
Here's where to find the book:)
Dreamspinnerpress: http://www.dreamspinnerpress.com/store/product_info.php?products_id=3906
Here's where to find me!!
http://mjoshea.com/   Website/Blog
https://www.facebook.com/mj.oshea.5  Facebook
https://twitter.com/MjOsheaSeattle  Twitter
About the author:


I’m Mj O’Shea, author of erotic romance–well all sorts of romance actually, that’s just what’s been published so far!
I grew up, and still live, in sunny Washington state and while I love to visit other places, I can’t imagine calling anywhere else home.
I spent my childhood writing stories. Sometime in my early teens, the stories turned to romance. Most of those were about me, my friends, and our favorite tv stars. Hopefully, I’ve come a long way since then…
Right now, I have four books published through Republica Press (click on the link to visit their site), but I’m constantly working on new projects.
When I’m not writing, I love to play the piano and cook and paint pictures…and of course read. It’s nearly impossible to work on my own writing when I’ve gotten myself hooked into a great new book:) I like sparkly girly girl things, own at least twenty different colored headbands, and I have a little white dog with a ginger eye spot who sits with me when I write. Sometimes she comes up with ideas for me too…when she’s not napping.