Q & A with Poppy Dennison! 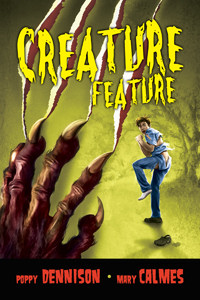 Diagnosis Wolf (Creature Feature Anthology) is the story of Andrew Hughes, a nurse who is assigned a patient with a mysterious illness. When Caleb’s eyes begin to glow and he grows claws and fangs, Andrew wonders if he’s finally lost his marbles or if there’s more to Caleb’s illness than he knew to be possible.

It’s very hard to come up with a believable illness for a werewolf! Typical tropes have them immune to most diseases and able to heal most injuries. I had fun trying to find a way to keep Caleb sick while making it work within the accepted lore. 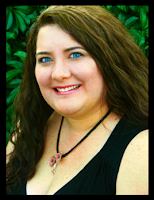 Diagnosis Wolf is my fourth published piece. I’ve been writing professionally for the past two years, but have been a storyteller from the time I learned to put pen to paper.

My co-author for the Creature Feature anthology, Mary Calmes, is a huge inspiration to me. Not only is she an amazing author, she’s an incredible woman as well.

They’re thrilled, but don’t quite understand why they have to wait so long between stories!

I love to be crafty—I sew, crochet, and paint at the moment. I’m trying to learn to cook a bit more and one of these days I’m going to master the art of knitting.

Thanks to his good-for-nothing brother, Andrew Hughes is up to his eyeballs in debt and needs a job fast. When a nursing position opens up in Myerson, Arizona, Andrew has no choice but to take it, despite a warning about how difficult a patient Caleb DiMartino can be. Andrew can deal with a little trouble—but Caleb’s strange family, the armed guards, and the unknown cause of Caleb’s mysterious illness may be beyond his skill set.

For three years, paranormal courier Frank Corrigan has been working for incubus demon Cael Berith. Cael knows Frank is his mate, but Frank is pretty sure Cael doesn’t even like him, never mind want to spend the rest of his life with him, so their personal relationship is at an impasse. When Frank’s sister, Lindsey, gets bitten by a werewolf she's sleeping with—and possibly witnesses a murder—Frank rides to her rescue. If he’s lucky, he might just save his love life too.