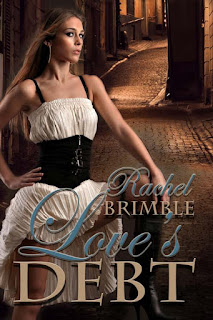 “Love’sDebt” is a Victorian romance novella set in the famous British maritime city of Bristol. It is a story of love against the backdrop of poverty. A story of ‘love conquers all’! Here’s the blurb:

To keep herself from the depths of poverty, Milly Shepherd needs to be appointed manager of the Red Lion Tavern.  The elderly owner is in failing health and has promised her the job permanently if no one more suitable applies.  Milly will fight with her entire being to make the job her own.


Joseph Jacobs needs to supplement his income to pay off his father’s creditors and save him from debtor’s prison.  Though the job as manager of the local tavern looks promising, Milly is favored by both the owner and customers.  Instead, Joseph swallows his pride and agrees to tend bar.


As they work together, their attraction grows, their goals cross, and both Millie and Joseph find they must face their fears …the question is whether they face them alone or together?

My favorite scene is probably the love scene – it’s the moment when the hero and heroine surrender their independence and their need to survive alone. It was very emotional for me to write because I knew they were coming together and letting down their protective walls—hopefully forever.
Hopefully, the reader is as moved by it as I was!

That I have an ongoing issue with trust, lol! One of my most loyal readers pointed out to me awhile ago upon the release of my fifth novel “Getting It Right This Time” that my stories always seem to having the theme of trust running through them. I’d never really thought about this but when I looked back, she was absolutely right. 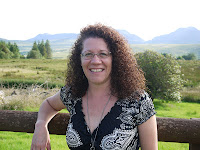 The trouble is, the following stories have trust as an issue too – maybe I need counseling… ;)

From reading Enid Blyton at a very young age, I have been influenced and inspired by other writers. I’ve wanted to write since I was six or seven. I was, and am, a voracious reader and always work to improve my craft.
Authors I admire the most are Nora Roberts, Jodi Picoult, Jean Fullerton and Philippa Gregory.

They are very proud – especially my husband and kids. They know how much I have wanted this and how hard I’ve worked to get it. “Love’s Debt” is my latest release with a small press but my first book with Harlequin Superromance will be released in February 2013 plus the first book in a two book Victorian romance contract comes out with Kensington in April.
I am beyond excited!

Reading takes up a lot of my spare time – I’m a firm believer that a writer can’t improve if they don’t find the time to read. As well as I reading, I love walking the English countryside with my beloved black Lab, Max and also socializing with family and friends J

Rachel lives with her husband and two young daughters in a small town near Bath in the UK.  She started writing short stories about eight years ago but once her children were at school, embarked on her first novel. It was published in 2007. Since then, she’s had several books published with small presses as well as securing agent representation. Her first book with Harlequin Superromance will be published in February 2013, with a sequel following in August. She also writes Victorian romance for Kensington with her debut release coming in April 2013.
Rachel is a member of the Romantic Novelists Association and Romance Writers of America, When she isn’t writing, you’ll find Rachel with her head in a book or walking the beautiful English countryside with her family.  Her dream place to live is Bourton-on-the-Water in South West England. And in the evening? Well, a well-deserved glass of wine is never, ever refused…