Q & A with Jillian Stone! 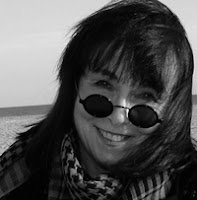 Please welcome Jillian Stone to the Romance Reviews Today blog as she tell us about her latest releases and gives an insight into herself.

Tell us about your two new Gentlemen of Scotland Yard releases.

I think I can promise lots of mystery, high adventure and romance for readers with these two new releases: 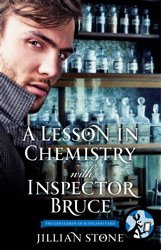 Inspector Archie Bruce, the brilliant young man who runs the Scotland Yard crime laboratory, is suddenly shifted from his duties behind the scenes, directly into the line of fire. When mysterious happenings in the laboratory seem threatening, Fiona Rose, a local pharmacist’s daughter, proves to be a brave sleuth as well as a most desirable young woman. Can Archie solve the crime in time, protect the Yard and get the girl?

FYI: If you’ve always been curious about The Gentlemen of Scotland Yard, this e-novella is a great way to give the series a try: $0.99 at all ebook outlets! 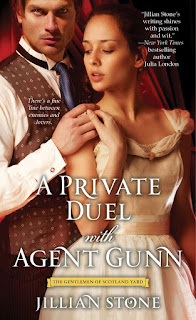 Prima ballerina Catriona de Dovia lives the glamorous life of a starlet, filled with glittering jewels, sumptuous dinners, and admiring suitors. She's grown up considerably since losing her heart to Hugh Curzon (once upon a time) and Cate no longer wasting her emotions on the empty promises of wealthy gentlemen. On her own since the untimely death of her parents, she will do anything for the only family she has left: her brother, a notorious anarchist.

Scotland Yard Agent Phineas Gunn receives his new assignment reluctantly. He's up for something a little more strenuous than playing nanny to a ballerina, until he sees who his charge is. Then, it's a completely different story, because he'd been unable to forget the trusting, beautiful Cate since he had to leave her behind In Barcelona.

As the two race across the Continent—by land, by sea, even through the air by zephyr—it becomes uncertain who is keeping tabs on whom, and Finn and Cate must battle the sexual tension that snaps and sizzles between them every step of the way.

What were some of the most surprising things you learned in creating your story?

I did a lot of extra research for both of these stories. For INSPECTOR BRUCE, the history of fingerprinting, opium dens in Limehouse, smokeless gunpowder, even the Royal Pharmaceutical Society’s exams to license pharmacists––or chemists, as they are still called in Britain.

For A Private Duel with Agent Gunn, I also researched early forms of PTSD. As brave and intrepid as Agent Gunn is, he suffers from battle fatigue caused by the Second Anglo-Afghan war. (Yes, the Brits also gave up on Afghanistan.) In those days they called PTSD, Soldier’s Heart. Finn’s nervous condition improves when he is occupied by a case, and he is well distracted the moment Cate’s ballet company arrives in London.

I learned a great deal about a small island off the coast of France called Île de Ré, and an old fortress turned prison known as the Citadel. I researched the history of ballet, dirigibles, astronomy, early psychoanalysis “talking therapy.”

Lots and lots of research, which hopefully allows me to bring the late Victorian period alive for the reader.

How long have you been writing?

I’ve been seriously writing fiction every day for about six years. I was fortunate to get a lucky break early on, as my second manuscript, AN AFFAIR WITH MR. KENNEDY, won the Golden Heart in 2010 and went on to be published by Pocket Books.

There are so many, that it is ridiculous to name them, so I just don’t anymore. I do enjoy sharing who and what I am reading right now:  Sharon Lynn Fisher’s GHOST PLANET (her debut novel) , Helen Kay Dimon’s WHEN SHE WASN’T LOOKING, Alex Grecian’s THE YARD...all just arrived on my Kindle!

I think they are all proud of me. Some of them aren’t quite sure what historical romantic suspense is. None of them read romance, so I think it was quite a shocker when they read some of my love scenes, which are hot, as in HOT. Lol!

I read, horseback ride, visit with friends and other authors. I love to hang out with my sister, we have blast together! I’m hoping to put a research vacation together soon, so she and I can hangout in London!

Thanks to Romance Reviews Today for the interview!  J Jillian

I'm about to finish reading An Affair with Mr. Kennedy and I am captivated by the gentlemen of Scotland Yard. (On a recent trip, I purchased a copy of Rafe Lewis' story.)

Hi Tin, I am so happy you are enjoying the Gentlemen of Scotland Yard!

I would like to let everyone know reading this comment that I am giving away an e-copy of A LESSON IN CHEMISTRY WITH INSPECTOR BRUCE to one lucky commenter today!

Forgot to write it in at the end of the interview!

Aw, thanks for the mention Jillian, I hope you like it!

The part about the love scenes cracked me up - know exactly what you mean, though mine are only steamy. :)

And, WOW, I do love me a Scottish (or Irish) hero, and Inspector Archie sounds yummy!

I read An Affair with Mr Kennedy a few weeks ago and loved it. I have Detective Lewis's book on my bookshelf and the new ebook that was released yesterday is now loaded onto my Kindle.

I enjoy reading your work and look forward to reading the rest of the books in this series. I'm loving the techy stuff and the time period. That must have been a fantastic time in which to live due to all the changes taking place that were affecting the lives of people around the world.