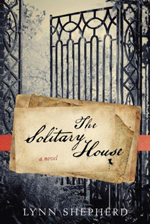 Former police officer Charles Maddox is trying hard to get past his failures and move onward. He's taken a private detective job that seems to be morphing into something much more than an open and shut case. Moving in with his elderly great-uncle who was, and still is, to some extent, his mentor, Charles is beset by events that become more confusing the more he delves into them. Uncle Maddox is on the verge of dementia, but in his lucid moments he gives Charles valuable tools to work with.

Charles is hired by a prominent attorney who is working for someone else. The assignment seems clear-cut, but the threatening letters the mysterious client has received make little sense to Charles. When people he recently questioned about them are found brutally murdered, though, Charles knows he's gotten into a much more complicated situation. His own life is threatened more than once, and he isn't sure if he can even trust the Metropolitan Police.

In the meantime, another situation which may or may not be linked is playing out in a private home where young women are housed. Some fall mysteriously ill, some disappear, and one woman's “guardian” tries to soothe his charge into not worrying about her housemates. Readers are privy to this girl's thoughts as she tries to understand the world around her. Is what she sees real? Are those who surround her really as loving as she thinks they are?

Charles Dickens would be proud of THE SOLITARY HOUSE. It's Gothic, thought-provoking, and filled with characters that the Victorian author would know very well. London plays the major role – its dark, dank, dangerous alleyways, the icy fog swirling through the streets, the people who live from hand to mouth, clawing their way through each day, never shocked by the horrors that surround them. It's through these streets that Charles searches for the murderer who, in twenty years, could very possibly be known as The Ripper. Can Charles find him before he kills again? And what's to stop the killer from ending Charles's life in the same horrific way? Who is Edward Tulkinghorn, the attorney who collects artifacts only to hide them away? What vital information is he withholding from Charles?

THE SOLITARY HOUSE is an amazing, spell-binding novel reminiscent of several of Dickens's tales. There are heart stopping passages that will have readers gasping, and more than a few very poignant moments as Charles tries to wrap his head around all of the facts coming at him from every imaginable corner. Charles is a pragmatic, but also thoughtful man who sometimes gets himself into situations that a more careful person would be sure to avoid. His steadfast determination to solve the double mysteries he's working on is admirable, although some of his decisions may be questionable.

I highly recommend this fantastic book to anyone who loves a fascinating, complicated, well written mystery. Amazing characters and a terrific setting!

This book sounds so interesting. I'm going to keep an eye on it.