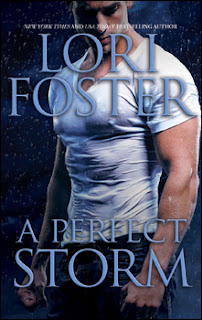 For Arizona, I read so many “real” reports of women recovered from human traffickers – and some who died while in captivity. One particular report stuck with me, because it was the rescued girl’s mother doing the interview. I felt her pain, her grief, her relief... it IS real. It’s happening. Modern day slavery is a crisis in our society.

I’ve never personally known anyone involved in human trafficking, but I’ve known other people who suffered great hardship. People are so incredibly strong, and most find a way to deal with their issues. Some are sarcastic, some hilarious, others close themselves off in an effort to avoid more pain.

For Arizona, she chose to be proactive, to face the issues head-on. She wanted revenge, yes, but she also gladly put herself at risk in hopes of keeping others safe.

Every day I hear about a real-life hero. I think most of us have no idea if we’d be heroic or cowardly, if, when faced with danger, we’d tuck tail and run, or dive in with the intent of protecting others. Unless you’re put in a position to know, you go about life making assumptions. I’m pretty sure I’d be a coward, that if anyone else was available to be heroic, I’d be behind that person.:) I trust others to be capable far more than I trust myself.

But if no one else was there to help, I pray I’d be strong enough to do what needed to be done.

My husband and my sons have been in positions to help others, and they always do. I’m very proud of them, and how they instinctively react to help, not hide. I have to say, they got that from their dad. :)


Post comments to enter for a chance to win a copy of A PERFECT STORM.
US and Canada mailing addresses only.

Excerpt from A Perfect Storm by Lori Foster:

Unmoved, Arizona met his angry gaze—and shrugged. “Fine. I thought you might want to team up, but I can figure it out on my own.” She started to leave the couch.

He again caught her arm.

Slim, warm and so soft…

As she stared at him, her blue eyes lit from a very short fuse. “I’d suggest you stop trying to manhandle me.”

Hearing the deadly tone in her voice, Spencer opened his fingers. “Give me a second to think, will you?”

“Huh.” At her leisure, she dropped back again. “So ‘no’ with you isn’t necessarily no? It might mean something else? It could mean that you just want time to think?”

I have all of the other books in the series. I have been looking forward to A Perfect Storm for months. I can't wait to learn more about Arizona and Spencer.

Thank you for the giveaway!

I really enjoyed reading the other three books in the series! I've been wanting to read Arizona and Spencer's book.

Thanks for a chance to win a copy!

Excited! This book sounds so amazing!

I love this series!

Human trafficking is something I had no idea was such a terrible problem.

Maureen, I've always wondered when you hear about teen girls disappearing if in fact they have been forced into human trafficking.

I've enjoyed the first three books in this series and can't wait to read A Perfect Storm.

I have enjoyed following Lori on this blog tour and know that I will love this series. Such solid work!

Book sounds good. As it happens, I've never read Lori's work. Would love to read this book. Thanks for the giveaway

A Perfect Storm sounds great. I love the cover. Thanks for the giveaway.

This is a great series. I love all of Lori's books they are always such great reads. Thanks for the chance to win.
sstrode at scrtc dot com