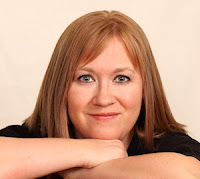 Let's face it: women like to be chased. Since the age of chivalry and courtly love, it's been the norm for a man to woo the woman he wants. In modern times, of course, it's perfectly acceptable for the woman do the chasing, but on the whole I believe it's still more common that the man is the one who pursues.


As long as the attentions are at least somewhat welcome and doesn't cross the line into outright stalking, we love it. And why not? Being pursued makes you feel wanted and desirable. It's flattering and exciting. Under the right circumstances, it makes the man seem more attractive, since going after what you want is an indication of strength and determination, and strong men are undeniably sexy.

In my novel, PRETTY PERSUASION, the hero, Robert Balfour, returns from spending nearly a decade on his family's sugar plantation in the Caribbean, ready to marry and settle down. After getting reacquainted with the heroine, Georgiana Montford, to whom he's been informally engaged since childhood, he decides that she's the one he wants. But Georgie has different plans altogether, and so the chase is on.

When writing a story where the hero spends quite a bit of time actively courting the heroine, I found it a challenge to not go too far and make readers dislike him or her...or both! Despite having convinced herself she doesn't want to marry, Georgie can't hide her emotional and physical attraction to Robert, which of course encourages him to think he can win her over. But as she continues to refuse him, how long can he keep pursuing her without sacrificing his dignity?

I've heard many modern versions of such courtship, true stories from friends, family and other acquaintances. I've also heard stories of men (and women) taking the chase too far, giving attention where it's not wanted. It's a very fine line to walk, I think. Being pursued can be wonderful; being stalked is not.

I'm curious, have you ever been chased, and if so, did you like it? Do you prefer being pursued, or do you like to do the chasing yourself? How do you feel about a romance novel hero who goes to great lengths to woo the heroine?

I'm very excited about the release of PRETTY PERSUASION, my first novel! To celebrate, I'm giving away an ebook copy to one person who leaves a comment. The winner will be picked at random and announced here tomorrow.

For more info about me and PRETTY PERSUASION, please visit my website at http://www.oliviakingsley.com/. You can also follow me on Facebook (http://www.facebook.com/pages/Olivia-Kingsley/170318706370033) and Twitter (https://twitter.com/OliviaKingsleyA), and until the end of the month, I'm running another contest on Goodreads (http://www.goodreads.com/giveaway/show/16694-pretty-persuasion), with 3 chances to win the paperback version of my book.
Guest Bloggers

ClaudiaGC said…
Hi Oilivia!
I think Pretty Persuasion sounds lovely! The first book that came to mind while reading your post was, obviously, Persuasion from Jane Austen. I adore this book! There is so much heartache in it and it still has got a happy ending.
I love it when the hero has to convince the heroine that he is the right one. She must have her good reasons, though, nothing silly.
1:53 PM

winnie said…
Congrats on the debut release! The book sounds fantastic and I've got to admit that I love heroes who go to great lengths to woo the heroine or to prove and show his feelings for her.

Olivia Kingsley said…
Hi Claudia and Winnie, thanks for weighing in! I'd like to send you both an ebook copy of the book, so keep an eye out in your email for a note from me!
12:55 PM