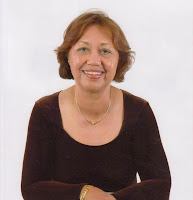 Ahh, Paris Noire. I know it’s subtle, maybe too subtle, but the title says it all. I carefully chose the feminine form of ‘black’ or ‘dark’ in the French language to convey the story of a biracial woman immigrant living in Paris on the day the city is finally liberated from Nazi occupation—August 25, 1944.

Paris Noire carries fifty-year-old Martinique-born Marie-Therese and her two grown children through the tumultuous year of 1944-45. Along the way our heroine confronts jubilation, loss, a ménage a trois, betrayal, love, and a possible murder—all from the point of view of a black Frenchwoman. In this maelstrom, Marie-Therese turns for help to a second group of gens de colour living in Paris. But unlike her family and other marginalized former French colonials from the West Indies and North Africa, these people of color are Americans-- remnants of the lionized African-American ex-patriate artistic community managed to evade Hitler’s edict. Though the French hold them in exalted status, the Americans, including the flamboyant chanteuse, Glovia Johnson, reach out to Marie-Therese.

That’s a tough one. I like them all, obviously, but I suppose I’m partial to Glovia. Though she’s modeled after Josephine Baker, Ms. Johnson is a tribute to the second of my three grandmothers.

In an early scene, Glovia invites a group of black American truck-driving soldiers (soon to be called the Red Ball Express) to join her and her fellow African-American ex-pats in her first soiree since the liberation of Paris. Starved for news of the outside world, the ex-pats watch in admiration as the soldiers sing, play, and dance the latest 1944 hits from America. When one of the soldiers grabs Marie-Therese for an impromptu and vigorous ‘boogie-woogie-, the immigrant, never having seen such a dance, lurches around Glovia’s living room, dumfounded. With the soldier pushing and pulling her in all directions, she quick steps to save her toes from American army boots. Not to be out-done, Glovia climbs to her knees atop her grand piano and displays her trademark shimmy. Her first real performance since before the War, the singer drops her top dangerously low, hikes her skirt past her gartered nylons (a spy of the French Resistance, Glovia enticed a German colonel into revealing pillow talk—thus the nylons) and croons out Body and Soul Man by Billie Holiday. Yes, there’s quite a bit of singing and showing in Paris Noire. The American soldiers go wild. One tries to drink champagne from Glovia’s shoe. Her response? “Fool! It’s a sandal. That thing can’t hold no champagne, but I’ll tell you what I will do for you!”

A writer? I’m not sure. A published author--eight years ago. After taking early retirement from my career as a pediatric occupational therapist. I decided now was the time to write down my family stories. When I finished the first, Page from a Tennessee Journal, I was both relieved and curious. Could my grandmother’s story, based upon a family secret, possibly interest anyone other than family members? Maybe. That’s when I knew I’d better learn a thing or two about the craft of writing. Lucky for me, I had excellent mentors including Theresa LeYung Ryan (Love Made of Heart) who generously pounded the tools of writing into my head.

Family stories. I’m not sure if I’m blessed or cursed, but I’ve got some extremely curious branches on my family tree. And I discovered I’m not alone. Paris Noire popped into my head after a friend told me the scandal of his own family’s oral history. As I tossed around the idea of suicide vs. murder, I researched to find the right neighborhood in which to put immigrants of color in the 1920s through the 40s. I stumbled upon Montmartre in Paris. That accidental find expanded Paris Noire into a direction I hadn’t originally intended.

Montmartre was the center of the ex-pat African-American artists who flocked to France from America after World War I because they felt their talents under-appreciated at home. That’s when Grandma #2 entered the pages of Paris Noire. My operatically trained grandmother spent a lifetime dreaming of singing in Paris. She even made an attempt to get there despite living on a horse ranch in Montana with her Buffalo Soldier husband and two children. I imbued the character of Glovia Johnson with the spirit of my own grandmother.

I absolutely love writing against stereotype. That’s not to say I always accomplish my goal, but I dearly love to try. Hopefully, I’ve made a successful stab at it in Paris Noire when husband Alain-Hugo—a hero of the French Reisitance--is portrayed as a man of great courage who may or may not have committed a murder.

The dichotomy between the treatment of black French colonials (immigrants from North Africa/the West Indies) and African-Americans. Most Americans are familiar with the story of Josephine Baker, the black American singer/dancer who rocked Paris in the roaring twenties. She, and other black Americans were lionized in France. Even today, their names are spoken with great reverence. In France they remain the stuff of legends.

But the French reception of their own colonials of color was decidedly different. One surprising detail I learned was the segregation of the French military forces. I think most people realize that France fell to German occupation in 1940 after an extremely short time. As the Germans were preparing to invade, French officials put out frantic calls for every “able-bodied” French male to report to the nearest Army recruiting office to “save France.”

With France staring straight into the guns of the Nazi war machine, Frenchmen of color who answered the call to “save France” were promptly rejected for service in the French army and told to go down the street and volunteer for the Afrika Corps. There are a couple of references to this in Paris Noire.

I’ve been a voracious reader of fiction since childhood. I loved most of the James Michener epics. Thus, my penchant for historical novels. I suppose my earliest influence was Thomas B. Costain and his “The Rose.” That novel, set during the English crusades, awakened in me an appetite to experience history. My latest ‘favorite book’ has been Annette Gordon-Reed’s The Hemings of Monticello. While not fiction, it fits right in with my need to “feel” history.

And, of course, I’ve read The Help. I know it’s bold of me, but I think my Page from a Tennessee Journal belongs as part of a trilogy of black/white relationships through the years of slavery and Jim Crow: Wench (pre-Civil War era) by Dolan Perkins-Valdez, Page from a Tennessee Journal (mid-Jim Crow era), and The Help (dawn of the Civil Rights movement). by Katherine Stockett.

I don’t think they quite believe it. Remember, I had an entirely different career as an occupational therapist delivering services to children with physical disabilities. My family supports my new career in the same vein as “anything to keep the old lady busy during her golden years.”

Travel ranks high on my list along with the usual pursuits with family and friends.

10. Can you tell us what’s coming up next for you writing wise?

The series, tentatively called Scattered Seed, describes the kidnap of three young women of noble birth from the Timbuktu of 1706; their horrendous march to Goree Island in Senegal; their transport across the Atlantic Ocean; and their final sale into slavery at the newly erected port of New Orleans. Fortunately for our ladies, each carries a special genetic trait inherited from their father, a linguistics professor at the great Sankore University in Timbuktu—an ability to master foreign languages quickly (Book One).

Books Two through Four follow our heroines’ descendants through three hundred years of American history. The eldest girl has been purchased by a family of the Spanish Conquistadores living in Alta Mexico (eventually, New Mexico). By the twentieth-first century, her descendants have no oral history of an African ancestress. Surprise, surprise, when her modern-day relative discovers the truth.

They consider themselves black Americans (Book #4).

I wrote Book Number Five first. (I had to know the sisters’ story would have a happy ending.) Set in the current day, the saga follows four women as they discover one another through the internet and the magic of DNA. Light-hearted after the heaviness of Book #1, Scattered Seed. Timbuktu Redux, follows the descendants of the original three—each believing herself to be “pure” Spanish-American, Creole, White American, or African-American--as they make their way back to the beginning—Timbuktu. And yes, these four still carry the genetic trait for language skills which sustained their ancestors for three centuries.

I think I’ve just about got the hang of this blogging thing. You can connect with me through http://www.francinethomashoward.wordpress/ . Just leave me your email and I’ll get back to you.
at October 06, 2011