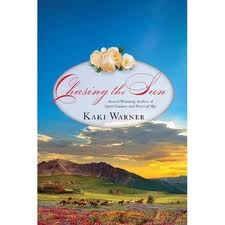 Shortly after the war with Mexico, the Wilkins family established themselves on the RosaRoja Rancho. The older generation is gone now, and the ranch thrives. Two of the three living Wilkins sons, their wives, children, and an assortment of employees thrive there as well. Unknown to all of them, three separate individuals converge on the ranch, two who had their hearts broken and one with a two-year-old daughter.

Jack Wilkins left for San Francisco with his love, only to lose her to a higher calling. After a period of mourning spent mostly in a bottle, he took ship to the far reaches of the Pacific. Now he’s back in San Francisco ready to find her, but her trail leads to the RosaRoja Valley.

Before taking her final vows, Sister Elena Maria Ramirez heads home to the RosaRoja Rancho where she grew up.

Meanwhile, Daisy Etheridge, who has no family but her daughter, has lost her job singing at the Silver Spur saloon in San Francisco, but she’s given the opportunity to fulfill a long time dream. She’s offered a chance to study with the famous Madame Sophia Scarlatti, but it entails going to Rome and committing herself to some years of study and traveling. How can she afford to hire a nanny to come along to care for little Kate? Daisy had fallen for Jack during his drinking phase. When he left, neither knew their brief affair would result in a child, and she has no idea where he is now. Her only hope of joining Madame in New Orleans is to appeal to Jack’s family for help.

CHASING THE SUN is a love story, a family drama and a tale of the old West. The characters are well drawn with distinct personalities. Jack, especially, matures as he comes to know his heart. We’re also treated to more of the whole family. There are Brady (the eldest Wilkins brother whose young shoulders bore most of the burden of the ranch and his brothers) and Jessica (an English heiress) from the first book of the trilogy, PIECES OF THE SKY. Then there are the rather taciturn, inventive Hank and his loving Molly (a nurse who first entered the family through subterfuge) from OPEN COUNTRY, and a passel of children.

The setting of the trilogy depicts the rugged lives of those on the frontier, and the plot includes a couple of classic Western villains. These add to the enjoyment of the whole, but the varied cast of characters, their individualities and interrelationships make up the best part of this don’t-miss trilogy. Each title is a fine book on its own, but the three together are terrific.