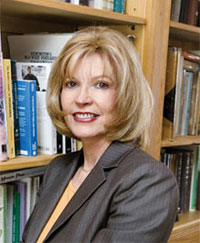 Where Do Story Ideas Come From?
It’s amazing the places an idea for a story can come from. Years ago, my first book, MAGNIFICENT PASSAGE, started swimming around in my head as I watched a TV show called The Quest, a tale about two half brothers. I’ve actually had people ask me if that is where my story idea began.


NIGHT SECRETS was inspired by the old song “Brandy,” about the tavern maid who fell in love with a sea captain whose heart belonged to the sea. Fortunately, the story was only loosely connected to the song--which saved me from a lawsuit by the people who wrote it!

Often my Contemporary novels blossom from something I’ve read in the newspapers or seen on TV. SEASON OF STRANGERS was about a young woman and her sister who had an encounter with a UFO, a subject I’ve read a great deal about.

My new book, AGAINST THE WIND, began in a similar fashion. I was cruising along the 90 Freeway crossing Montana, enjoying the crisp fall weather, the brilliant colors of the leaves, and listening to the country channel on the radio. As I headed toward home, a Trace Atkins song came on, How do you like me now? It’s a wonderful tune that tells a great story. And it gave me the kernel of an idea for a story I was able to expand into a book.

In the song, a young girl humiliates a boy who has a crush on her. Later that boy grows up to be extremely successful and he wonders how that girl feels about him now.

In my mind, that boy and girl became Jackson Raines and Sarah Allen, the hero and heroine in the book. Years later, Sarah returns to the small Wyoming town of Wind Canyon, in trouble after her failed marriage. Unfortunately for Sarah, the only person who can keep her and her little girl, Holly, safe is Jackson Raines, the boy--now a man--she humiliated in high school all those years ago.

Most of the time, my story ideas seem to come out of nowhere. One day I’m looking for a plot for a book and then suddenly, I know that I want to write about Gabriel Raines and his struggle to find the arsonist who is trying to kill him. Then I search for the woman Gabe is going to fall in love with, no easy task for a macho man like Gabe. Lady architect, Mattie Baker, filled the spot perfectly, and the book became AGAINST THE FIRE.

AGAINST THE LAW, the third book in the trilogy, seemed to come fairly easily once I got started. I loved Dev Raines, the sexiest and wildest of the Raines brothers. Once Lark Delaney walked into his life, the plot began to roll. The novel developed as I wrote it, which is unusual for me, and it turned out to be one of my all-time favorites.

I’ve discovered that readers seem to like trilogies. I wonder how you all feel about them? Like them? Hate them?

I hope you’ll watch for the Raines Brothers trilogy, AGAINST THE WIND, AGAINST THE FIRE, and AGAINST THE LAW. They’re coming January, February, March. Till then, happy reading and all best wishes, Kat

Enter my Against the Wind Contest

Read Excerpt for Against the Wind

Congrats on your new trilogy and I have added them to my TBR pile!

Thanks for the great giveaway!

I love trilogies! I'm usually a fan of shorter series than longer ones. The idea that you got from the song for Against the Wind sounds amazing. I really like how the book sounds. I can't wait for the release!

Looks like a fun trilogy. Thanks for visiting and Merry Christmas.

This trilogy sounds great! More to add to my tbr list!

I’m really excited about all three books and hoping readers will like Jackson, Gabriel and Devlin as much as I do. Kat

Congrats on the upcoming release, Kat. I love reading trilogies and look forward to your Raines Brothers series.

Congratulations on your new trilogy it sounds very good.

Looks like you all feel a lot like I do abaout Trilogies...and I usually prefer three books and not much longer. I loved writing these guys. they are such hunks! kat

Congrats on your trilogy! Have a wonderful Christmas Holiday Season!

Congrats on the release, Kat!

I love trilogies, I've always enjoyed connected books. Have a happy holiday season. I can't wait to read your trilogy.

Yes, please to trilogies! Once I get into a book and fall for the characters, I like to visit them in sequels and want other characters to have their own HEAs, too.

Sounds like a great trilogy! Can't wait to read it. I love trilogies. IMHO, one book is never enough. There are always secondary characters that really need to tell a story!

I'm a big fan of trilogies, Kat! Congrats on yours--I'll be keeping an eye out for them this coming year!

I'd love to read these books