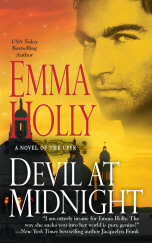 Recently transferred to Lakeview High, Grace Gladwell has pretty much given up on having someone to call a friend. Moving from town to town, her father's strictness and daily use of alcohol pretty much ruin any chance of getting close to someone...though for the past few months, she has been spending time getting to know Johnny, the high school football jock. Nervous when people get too close, Grace shuns a goodnight kiss when the couple leaves a drive-in movie. She's afraid of what her father may do if he sees them even touching. But Johnny convinces Grace that her father is surely asleep and will never notice a thing; just this once she gives in to her need to feel cared for. Unfortunately for Grace, her father does see, reaching his own conclusions.

Within seconds of getting into the house, her father slaps her face and calls her a whore. Trying to convince him it was nothing but a kiss, he pushes her and she hits her head, and in that instant, Grace's life is changed forever. Waking later, Grace feels different somehow and, looking around, meets a handsome man with the most mystical blue eyes who calls himself Michael, her guide. Something in his eyes seems to tell a story yet untold. She has a choice to stay where she is, but Grace wants the opportunity to see her life again with her oldest friend, one she doesn't even remember, so Michael grants her wish.

It's medieval Switzerland as Grace watches a mighty warrior whipped for something as simple as having a dog named Lucy as a pet. Mercenary captain Christian Durand stoically takes the whipping, but when his cold-hearted father demands the dog be killed as further punishment, Christian cries at the needless loss. Feeling a kindred spirit and knowing Christian is in need of a friend, she tells Michael she wants to comfort him, and before you know it, Grace is beside Christian. Well sort of…she's not exactly human, and Christian wonders if his pain from the beating has affected his mind and he's seeing ghosts. It doesn't take long before the two experience a closeness that transcends time, but there is also wickedness and heartache right around the corner, as the vampire queen, Nim Wei, sets her sights on the very virile Christian.

The play between good and evil is vividly evident from page one in DEVIL AT MIDNIGHT as the reader gets to know the key players. It's hard to imagine that a father could be so hungry for power that he would stop at nothing for control, possibly betraying his own son, but that's who Gregori is. Nim Wei, as the evil vampire, is after souls in a big way and doesn't care who she hurts to get them, but there's plenty more backstabbing to keep your interest. The meaty character development of Christian as the tortured, strong, and very sexy hero is appealing and realistic. Grace is pitch perfect as the impish and very naughty heroine determined to rescue her friend who ends up being so much more. This tale defines sensuality.

Emotionally moved, I still found myself wondering how in the world Ms. Holly would succeed with a love match with a ghost from a different century and a medieval soldier. Well, her ambitious undertaking with the DEVIL AT MIDNIGHT convinced me. She has achieved an extraordinary story of love, earning DEVIL AT MIDNIGHT a Perfect 10.