Q & A with Ashley March!

1. Tell us about your newest release.
In Seducing the Duchess, Philip, the Duke of Rutherford, has fallen in love with his wife three years after their marriage. Although he married her for revenge, he is now determined to win her love again. Unfortunately, Charlotte no longer wants him and, in fact, is doing everything in her power to provoke him into divorcing her. The story begins when Philip steals Charlotte away from London and takes her to his country estate...
2. Can you tell us a little about your favorite scene in the story?
After Philip disappoints Charlotte yet again, she seeks isolation in the nearby woods when it's raining. He comes for her, and they end up dancing in the rain. I know it sounds corny, but it ended up being terribly romantic, and every time I read it I wonder how on earth I could have written it. I love it.
3. When did you first realize you wanted to be a writer?
When I realized that even as much as I loved my day job, I wanted something more out of life. Plus, I wanted to be able to do something that allowed me to be a stay-at-home mom. I've always been good at writing in general, but never thought I had a book inside me. Now I can't imagine anything else I'd rather do, and I have tons of ideas rattling around in my brain.
4. Where do you get your information or ideas for your stories? 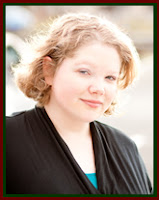 Movies, other books, music. I can hear one line from a song and immediately a dozen ideas pop in my head for the beginning of a book...then I just have to figure out what happens after the first chapter. I have noticed that I seem to be drawn to atypical heroes/heroines and stories. For example, with Philip in Seducing the Duchess, my idea when I first began to write was how I could redeem an unlikeable hero through his love for the heroine. And in my next book, I'm writing about two people drawn together after their spouses die and it's discovered that they were having an affair. I'm discovering that writing a romance novel about two people who aren't attracted to each other in the beginning is more difficult than I'd thought.
5. What would you say is your interesting writing quirk?
In the winter time my basement is freezing (I live in Colorado). I absolutely have to wear my pink and purple fuzzy-toed socks. I like to think that during the rest of the year I'm semi-normal.
6. What was one of the most surprising things you learned in creating your books?
That I actually like plotting! I used to think I was a pantser, and I never knew what would happen in the next chapter until I finished the current one, but after becoming contracted and being forced to write proposals, plotting actually helps me. We'll see if there's any difference between books 1 and 2; with Seducing the Duchess, I pantsed the entire way. With the second book, it was plotted from the beginning.
7. What authors or friends influenced you in helping you become a writer?
The critique partners I found from RomCritters have definitely been the most influential/helpful to me as a writer. They are the only ones who see my rough drafts, and their advice is invaluable to me. In terms of other authors, I would say that the books of Lisa Kleypas, Anne Mallory, Laura Lee Guhrke, Sherry Thomas, and now Sarah MacLean always inspire me to write my best.
8. What does your family think about your career as a published author?
They are--surprisingly--very supportive. I say this because I know of only 2 people in my family who have ever read romance. But their encouragement and support has definitely helped me along the way. My husband, especially, has been extraordinary. He cooks, cleans, takes care of the baby, does anything I need so that I can pursue my writing goals. But I think this is all for his ulterior motive to convince me to have another child. =)
9. Besides writing, what other interests do you have?
I have a 15-month-old daughter and another one due in November. I am absolutely in love with my family and just enjoy doing anything with my daughter. Going swimming, hiking, going to museums--it all rocks. Also, because I am pregnant, I particularly love my naps right now.
10. Can you tell us about what’s coming up next for you writing wise?
My next book (untitled right now) is completely unrelated to Seducing the Duchess. It's scheduled to come
out in September 2011. Here's a short, unofficial blurb:
They were never meant to be...

They were both married--Leah George to a viscount's son, and the Earl of Wriothesly to the ton's greatest beauty. Both families were members of the elite and both men had been close friends since childhood. But that’s where the relationship ended between Leah and the earl…until a rainy April evening brings news of a fatal carriage crash and the discovery of an illicit love affair.

Until fate brings them together.

While Lord Sebastian Wriothesly never suspected the betrayal of his beloved wife with his best friend, Ian George, Leah had known of their relationship for many months. And while Sebastian tries everything to keep the affair a secret, Leah is determined to make a new life for herself--even if that means refusing to obey Society's strict expectations of a proper widow. When her actions threaten to bring scandal down on them both, Sebastian seeks to buy her cooperation through whatever means necessary--whether through promises of money and security, or the unlikely pleasure of seduction...
********************************************

Be sure to visit Ashley at her website www.ashleymarch.com
at October 06, 2010

I so love to read new to me authors, especially with the historical romances! I'm elated to find out about this one of Ashley March here! Thank you!! I love the blurb for both books Ashley! Will the characters from the second book be introduced in the first, in other words, related books? I love reading those authors in your Critters group! This is going right on the wishlist. So great to meet you!

Sounds good, Ashley. I like marriage of convenience stories, or those like this where he marries for revenge and now has to try and win her over.