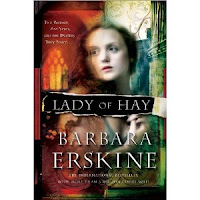 While Joanna Clifford was a student, she was regressed under hypnosis by Professor Cohen and Dr. Sam Franklyn. They were successful—she was the best subject they had ever encountered—but while she was in a deep trance, she was told not to remember the experience. Her hands were bleeding and she almost died, but she does not recall anything about it. Now, fifteen years later, Jo is a journalist writing some articles—one on reincarnation. She plans to sit in on a few regressions for the article, but she believes it is all a hoax. Her friend Tim is her photographer for the story. Sam Franklyn's brother, Nick, Jo's former lover, asks her to wait and talk to Sam, but she refuses, angry that Nick is living with another woman. Nick and Sam are very worried about her safety.

Jo visits Dr. Bennett who uses regression as a tool to help people with their fears or phobias. When his patient cancels, Jo decides to go under hypnosis with the doctor. She goes back to a former life in medieval times where she is Lady Matilda, a feisty young woman who is traveling to Wales with a maid and escorted by a young man named Lord Richard de Clare. Lady Matilda is going to Wales to be with her husband, a brutish man named William de Broase. He is angry when she arrives unbidden and tells her she must stay in their room and not attend the feast the following day. Lady Matilda is pregnant, determined to take her place in the household. She has no idea what terrible plans her husband has made.

The following day, Lady Matilda prepares to sneak into the feast, but what she sees is chilling. Her husband and his men slaughter the unarmed men of Wales who believed they were coming to the feast in peace. Shortly thereafter, Jo awakens to find herself back in the present. She was in such a deep trance that Dr. Bennett had a difficult time bringing her back. Jo is stunned and overwhelmed. Could what she experienced be true? According to history, the murders really happened by William de Broase during King Henry II's reign. Nick and Sam are both there for her and want to help. They hope she will not pursue this other life, but will Jo listen to their advice?

LADY OF HAY is a fascinating read. Jo is an independent woman, confident in herself, and very confused about what is happening to her. Sam and Nick are both interesting characters with some rivalry between them for Jo's attention. In Lady Matilda's time, she is married to a cruel man with little freedom. She and Richard are very attracted to each other. He is a kind man who wants to protect Matilda, but how can he protect her from a man who makes the rules and has the right to dominate her life? Also of importance to the story is Prince John, who later becomes king. The titillating fact about a reincarnation story is if Jo has been reincarnated to her present life, in all probability she is with people from her past life. So how will it work out this time? And what part is everyone playing in the present?

I read and loved LADY OF HAY over twenty years ago, and the story is just as fresh and captivating today. It is beautifully written with wonderful characters and historical persons from medieval times. The author's research makes the story very realistic. Both past and present are equally intriguing with exciting plotting and good dialogue. Don't miss this amazing story that has a little of everything, including history, romance, and some suspense. It deserves a Perfect 10. It's a lengthy book, but you won't be able to put it down.

Great review. A online friend in a reading group raved about it last year, and I now have it in the pile to read when I have time for a much longer read (tend to read all the way through til I'm done). Looks like one I'm going to love, too.