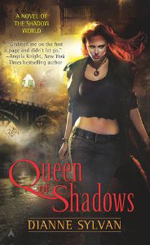 Some time ago, Miranda Grey discovered that she has a talent in music. Not only can she pick up a guitar or play a piano flawlessly, she can also captivate listeners and make them feel whatever emotion she chose. Miranda soon learned that her gift comes with a price. Now she is holed up in her small apartment in Austin afraid to step foot in the supermarket if it is crowded. Miranda is an empath; she can feel others' emotions and sense their thoughts whether she wants to or not. She can only control the madness when she plays, so once a week she goes to Mel's bar to perform. Her life is turned upside down when she is attacked outside the bar after a show. Miranda Grey survived by her desire for revenge and with the help of a very powerful source.

David Solomon has walked the earth for over three centuries. For the past fifteen years, he has been the Prime (Lord Vampire) in the southern district. With power comes a price, and the Prime has some very powerful enemies. He has forbidden the killing of humans while feeding. Unfortunately, some of his followers do not see from his perspective. Bodies begin to turn up everywhere with the Signet of Auren, the previous Prime defeated by David for power, branded on their limbs. David must put a stop to the rebellion and save the little redhead who has become the sole point of his thoughts.

QUEEN OF SHADOWS is a fantastic read! Praises cannot be high enough. Dianne Sylvan weaves a tale so dark and alluring readers will not want to put the book down until they have read that final sentence. Even then, most will be flipping through the blank pages looking for just one more chapter.

Miranda Grey is a naive and scared girl living alone in the big city of Austin. Her "gift" has made her crazy, and she no longer even knows her own reflection. Miranda's character is different and extraordinary. Her progress in controlling her gift, as well as her development in behavior, is a refreshing aspect that will not go unnoticed to readers. David, while the stereotypical brooding man, manages to make unhappy seem sexy, and this allows those moments of tenderness and happiness to be that much sweeter.

Diane Sylvan's take on vampires mixes a little new in with a little old. Her system of Primes, Queens, Signets, and the Elite is unique and creative. The vampires in this novel still cannot go out in the sun, digest large amounts of food, and can be killed by a wooden stake like most vampires. Also, like most vampires, they are faster, stronger than humans, and often posses cognitive gifts.

I am thrilled at the idea of this just being book one. QUEEN OF SHADOWS is the best in its genre (Dark Paranormal Romance) since Karen Marie Moning's introduction into the Fever world with DARKFEVER in 2007. This is not a book that involves no thought and allows you to curl up on the beach and read. QUEEN OF SHADOWS will make the reader feel. Feel the emotions of the characters and their own emotions, the choices the characters make. A Perfect 10. Highly recommended.

Glad to see such a great review; this book caught my eye and I put in my wishlist (looks my interest was warranted). Always great to find new authors. I do like those darker books along with all the others (Moning's Fever series one of my favorites).