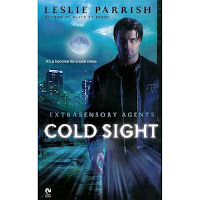 Some people think quaint small towns like Granville are the perfect place to raise a family, safe from the horrors of the cities—some people are wrong. Seventeen-year-old Vonnie Jackson knows the truth; raised by an addicted prostitute mother, she’s seen more horror than most will ever face. Despite that, she’s managed to ensure her escape by studying hard and earning scholarships. Freedom is just a breath away, and then life proves once again that there is no escape, for Vonnie has just become the captive of the serial killer Granville thinks is a myth, the Ghoul.

Lexie Nolan, a reporter for the Granville Daily Sun, is convinced that the disappearances of more than ten local girls over the past three years are the work of a serial killer. Given free rein by her boss, Walter, she poured her heart and soul into investigating the story, hoping to spur the local yokels running the police department to take notice and do something. But when she’s shut down by the mayor and the police chief, ridiculed and made to look a fool in front of the whole town, Lex has no choice but to give it up or lose her job. Then Vonnie disappears, and unlike the other girls, she’s got a connection to the good side of town, attending their school in an attempt to better prepare for college. So, when Walter gives her the go-ahead to reopen her investigation and suggests she contact Aidan McConnell, a psychic from Savannah who moved to Granville a year or so ago, she’s determined to get the grouchy (and unfortunately for her peace of mind, sexy) man to help, even if she doesn’t believe in his woo-woo abilities.

After his last case ended in the death of the child he was trying to help the Savannah Police Department find, Aidan was crucified by the media. They had no idea he didn’t need their help to feel responsible; he already blamed himself for the boy’s death. Determined to never again be responsible for another child’s life, he moved to Granville and became a recluse. Then Lexie, a member of the lying, manipulative media, comes to his home determined to get his aid in Vonnie’s case. He’s determined to resist, but when he recognizes the missing girl as a waitress he met weeks before, he can’t help but take an interest. It’s got absolutely nothing to do with how attractive the stubborn spitfire of a reporter on his doorstep is.

The race is on to catch a killer and, hopefully, save Vonnie. However, in a town where most everyone wears a friendly face, there’s more than one person hiding a deadly secret. Can Lex and Aidan discover the truth before the Ghoul strikes again, this time in a much more personal way?

Aidan is a prominent author, speaker, and expert on psychic phenomenon, but when his own COLD SIGHT failed to save a boy, he lost his passion for justice, and his self-confidence suffered. He’s definitely an abrasive jerk of a man when Lex meets him, but something about her starts to bring out the old Aidan, the charming, brilliant man who will do everything in his power to save an innocent. In all actuality, Lex is the least likely person to bring him out of his shell; her job alone makes her the enemy. However, her inability to keep her thoughts from spilling out, making her a blunt, but refreshingly open person, makes her honesty apparent. She’s a determined woman, and once they spend some time together, it becomes obvious that, odd couple or not, this pair is destined to mean something to each other.

Joining the investigation are Aidan’s former co-workers, the members of eXtreme Investigations (an agency of psychic detectives); Julia (the boss who talks to ghosts); Derek (can see crimes as reenactments); Liv (she feels the last moments of a victim’s life and she’s the focus of book two, COLD TOUCH, arriving in April 2011), and Mick (who can tell an object’s history by touching it). Also prominently featured are: Walter Kirby (Lex’s boss and father figure) and his family; Chief Dunston (the inept, or maybe just uncaring police chief), and more than a few of the other Granville residents. There are plenty of suspects in this story, but you’ll be wondering right up until the end just who the Ghoul is; I promise you’ll be surprised.

If you’re looking for a story that’ll hold you in its grip from start to finish, you’ve come to the right place. Leslie Parrish has proven once again that when it comes to romantic suspense, she’s at the top of her game. COLD SIGHT is a can’t miss read. Get your copy today, as they’re certain to fly off the shelves.