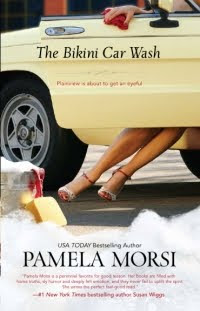 Plainview, in the Midwest – Present Day

Andrea and Angela Wolkowicz are twins. Andrea, or Andi, has come home from Chicago where she was a marketing executive for a huge charitable organization. Business has always been her strong suit. In high school, they called her a geek, and she never once had a date. As soon as she graduated, she was on her way to college, as far away from Plainview as she could get. Angela, or Jelly, was less fortunate. Jelly has been brain damaged since birth. Even though professionals encouraged Walt and Ella Wolkowicz to put her in a home, they refused. Instead, they kept Jelly at home and raised her the best they knew how. Jelly does just fine now, she can’t read or write, but she has an amazing grasp on many things in life. And when Ella passed away several months ago, Andi quit her job and moved home to help her father take care of Jelly.

It has been a very long eight months, and Andi is still nowhere near finding a job now than she was when she arrived back in town. Today, her interview at Guthrie’s grocery store ended badly. The woman who took her resume barely gave Andi the time of day; she just insisted that Andi was not right for the position, when in fact, Andi could run rings around the Guthrie job. As Andi digs in her purse for bus fare and finds no loose change, she stops in front of her father’s old car wash, located right next door to Guthrie’s. She used to work here with her father when she was a teenager; now the old business is boarded up and empty. The Senior Guthrie, Hank, bought the property a couple years ago, and Andi wonders why he’s let it stay boarded up and deserted.

THE BIKINI CAR WASH opens up after lots of hassle and struggle between Andi and the town council, namely Hank Guthrie. Andi learned that her father still owns the property, and she needs a job, so why not reopen the car wash? Only Andi has a plan that the good people of Plainview will certainly object to. Her workers are all women and they won’t be wearing short shorts while they wash those cars; nope, it’s bikinis all the way.

Pete Guthrie is one of the boys who used to tease Andi back in high school, but Pete is all grown up now and he runs Guthrie’s grocery. His father, Hank, isn’t happy about Andi and her bikini-clad women and he plans to shut her down. Pete, however, is determined to help Andi succeed, and what follows is lots of fun as the town takes sides in the battle of the conservatives against Andi and her new venture.

Lot of secondary characters are in this story. Andi’s sister Jelly and her father Walt are her biggest supporters, along with her employees, Cher-L and Tiff. There are lots of laughs, a little bit of fun, and even a bit of mystery when THE BIKINI CAR WASH opens right on Main Street in Plainview. As in all small towns, people talk and point fingers, but it’s a whopping adventure as we watch Andi fight for free enterprise. And Pete? Well, he found a tiny pair of binoculars that he can use to watch Andi while she's down there working in her business suit...