After their strategic “marriage of commerce” three years ago, Rule quite forgot about Violet Griffin, the teenage heiress to a Boston manufacturing fortune. He simply spoke his vows, took over her father’s business and returned to England to resume his usual pursuits: high-priced wine, high-stakes gambling and high-born women.


Yet when Violet, now a sophisticated woman, unexpectedly appears at Rule's London townhouse, husbandly duties no longer seem so odious—he can't wait to take his stunning bride to their marriage bed. Violet, however, is not so easily led: she has her own ideas and is seeking an annulment to marry another. But as Rule attempts to win her over, someone else is determined to frame him for murder and keep him out of the way for good….


Kat will be giving away a copy of  ROYAL'S BRIDE here, plus she has a contest going on at her web site. You can learn more by going to her web site at katbooks.com

Here, we asked her some questions and she has graciously given us some terrific responses:


Tell us about your new release.

RULE’S BRIDE is the final book in my Brides Trilogy, following ROYAL’S BRIDE and REESE’S BRIDE. The three novels are stories about the handsome Dewar brother’s, sons of the Duke of Bransford.

Rule Dewar, the youngest, is the wildest and most rakish of the brothers, the least ready to settle down. Or so he believes until he agrees to an arranged marriage with a young American girl named Violet Griffin. Violet is every bit as strong-willed and determined as Rule, which made the book extremely fun to write. I also liked the action in this book, the adrenalin-pumping scenes as the plot unfolds. Co-owners of Griffin Manufacturing, Violet and Rule are thrown together as they frantically try to discover who is working to destroy their company--perhaps at the cost of Rule’s life. 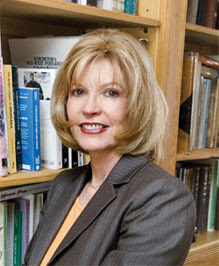 When did you realize you wanted to be a writer?

Though I had always loved to read, actually writing a book or even a short story never crossed my mind until I was helping my husband with a book he had written (his first and unpublished at the time). I had such fun editing, and as my work on the book came to an end, I realized I seemed to have a knack for it. I decided to write my own book, which became Magnificent Passage, my first historical romance.


Where do you get your information or ideas for your stories?

Usually I run across some kernel of information that makes me start thinking. A newspaper article, a passage from a history book, a TV show or movie. From there the kernel expands into an idea which eventually grows into a story.

I think writers are generally pretty dull people. We sit in front of a computer all day trying to get the story in our heads down on paper. I’m not sure I have any particular quirk. Though I do love to work where I have some sort of view. In Montana, I look out at the mountains, snow-capped as I write these. At the beach where we winter, I look out on one of the boating channels that leads to the harbor.

I suppose I would have to say I was surprised I could actually write an entire book! Even more surprised that someone wanted to publish it. I am wonderfully surprised daily by the number of readers all over the world who seem to enjoy my work.

What authors and friends influenced you in helping you become a writer?

I’ve always read a lot. Early romance writers like Annya Seton and Frank Yearby were big influences, Kathleen Woodiwiss was another. My husband was the biggest personal influence I had. He was truly supportive from the first few words I wrote (which were awful but he said were great), and still is to this day.

When my mom was alive, she was NOT a fan. She disliked romance novels in general. She was glad for my success, but I think secretly she wished I would write “The Great American Novel.”

The rest of my family has been great. My friend, author Meryl Sawyer, was a huge help when we were both just beginning to write.


Can you tell us about what’s coming up next for your writing wise?

I am just finishing a contemporary romantic suspense series, AGAINST THE WIND, AGAINST THE FIRE, AGAINST THE LAW, The Raines Brothers Trilogy. The books are scheduled for release January, February, March of next year. I loved writing these books: three great heroes and the ladies who tame them. I’m hoping readers will love them as much as I do.

Be sure to check out her web site at katbooks.com and follow her on facebook by clicking here.

The heroine sounds really feisty and I can't wait to see how the story turns out.

Great interviews and I love reading your books!

I really enjoyed reading "Royal's Bride" and I love the cover!

I've been wanting to read "Reese's Bride" and "Rule" Bride" and thanks for a chance to win your latest!

I've never before read anything by this author, but this sounds good! I will have to give this book a try :)

This book sounds like a fun battle of wills!

This book looks and sounds like a good read. I'm already loving Violet!

It's been awhile since I've read any of Kat's books. I always like them and this sounds like another great read.

I'd love to get back on track with your Bride series. Rule's Bride, Violet and Rule's story sounds exciting!

Keep on writing! I know that I'll get back on track with your books.

Hi Kat,
I haven't read any of your books yet but this one sounds amazing! and I would love to read it. Violet must be pretty mad at him for abandoning her. Should make for some interesting dialog.
Best, Kirsten

Hmmm...for some unknown reason, I have never read your work. Congratulations on the release of your latest book. It sounds terrific and after reading this little blurb about Rule's Bride, I am going to place it and the other 2 in this trilogy on my BTB list.

Kat--I am curious. Which of these three brides is closest to your heart? Thanks for visiting.

Oh, I've enjoyed many of Kat's books and would love to add another. Thanks for the chance

I love Kat's books! Am looking forward to the series.

Great interview=)
I just love this story line & would love a chance to read the book!
Luvdaylilies at bellsouth dot net

I would love to read this book. It sounds wonderful.

Hi, Kat! I love your books and I can't wait to read Rule and Violet's story!

Hi Kat !
you are a new for me Author. i would like to have the chance to read your book :)

Hey, Guy! Sorry I didn't get back to you sooner. got my dates mixed up. Am so pleased you all are sounding like this plot intrigues you. It has plenty of twists and turns and was fun to write. I think Violet is one of my favorite heroines. I did love writing Reese's story, since he is such a dark hero, but Violet and Rule had great chemistry, so they were fun to write.

LSU Reader-- wanted to say that though I like all three brides, my favorite was Violets. She has so much spunk! but each of the ladies is tough in her own way.

Cait045--wanted to say that I LOVED writing my Raines brothers trilogy. Those guys were so HOT! Am really hoping readers will enjoy. First one is out Jan of next year. Against the Wind, then Against the Fire and Against the Law all right together.

Last comment--As I reread my comments, I hope you will all forgive me for my stupid typos!

I enjoyed the interview very much. The book sounds wonderful and I can't wait to read it.

Hi Kat. So great to meet you! I love reading historical romances and been waiting for this last one of the trilogy out with Kat Martin. I then plan to read this trilogy close together. I do that sometimes with trilogies, because its so hard to wait for the next! All 3 sound so good! Its been awhile since I've gotten to read one of Kat's historical romances. This theme of 'marriage of commerce' sounds so unique. I love those themes of marriage of convience so this is a great twist! Its hard to have a favorite book of yours but looking back the first book I read of yours was a favorite, HEARTLESS, Just thinking about it brings up the great feeling reading it. I feel a re-read coming on!

Wanted to mention that I love the pics on your site of your home. The book area of your backlist rocks. I'm glad they re-released some. Are more planned to be re-released for us who discovered you later? Congrats and it was so great to read your interview!

I love this interview. Love the books even more.

Please count me in.

Caffey-- so nice to meet you, too! I do think Rule's Bride has an unusual and interesting plot, which made it fun to write. Regarding re-issue's, my Necklace trilogy will be re-issued in the fall, The Bride's Necklace, The Devil's Necklace, and the Handmaiden's Necklace. hope you like the new ones! best, kat

Hi, Linda--hope you enjoy the book! It was a fun one to write.