Q&A with Ryshia Kennie!!!! (with giveaway) 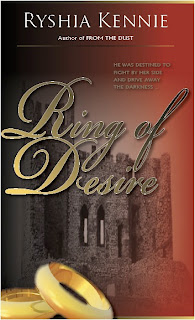 Picture 1072 England in a place called Hafne. Everything is dreary and

dry. But it is a land that echos with the sighs of all things magical.

for the Ancients’ curse that has left the land barren and taken the gift of immortality.

Now the Normans have returned. Vala is drawn to one man, a Norman, and torn between two worlds human and Ancient. With one chance to break the curse and immortality hanging in the balance, will Vala choose the love of a mortal man over the gift of immortality?

There wasn't an actual moment. As a child I was always penning short

stories. By the time I entered my teenage years I knew I wanted to be

a writer – I just didn’t know how to accomplish that. I do

remember when I was twelve that my English teacher praised my opening line where the character dies. Yes, even then I had a fascination with the macabre. Maybe that’s why now, except for my first book, I can’t promise that despite the fact that it’s a romance, that every character will live until the end.

My ideas for my stories come out of my own interests and travels. My first book was written because of the depression era stories that seem to haunt the prairies. My second came out of a love of history and all

things medieval. And the stories that follow dabble in modern day in other countries and cultures and another love, travel.

I can’t write a book without a title. The title always has to come first – it breathes life into the first lines of the story and gives me a rough compass. I didn’t know that myself until my latest story that was fumbling it’s way through the opening chapters. It wasn’t until I took another look at the title that I realized why – the title was just – wrong!

And there’s the collection of good luck charms I keep by my desk.

I learned that a love of words, a good idea and the muse does not make a book, that there’s an apprenticeship like any other trade, where skills must be learned to create an enduring story.

The authors I read as a teenager influenced me the most as I think the teen years are a time when you look up to people for inspiration and guidance. That said I have to say my first influence, well before my teenage years was - Lucy M. Montgomery and Jack London and then as a teenager; Stephen King, Agatha Christie, Margaret Mitchell. Those authors solidified my intent to be a writer as their stories stuck long after the last page. There's been many authors in the years since - I wish I could list them all.

With each new book they’re excited and many have dived in and rolled up their sleeves to deliver the news as far as they can.

My next books are set in Asia where romance tangles with the undercurrents of crime. The stories travel everywhere from the Borneo jungle to Beijing and the shadow of China’s lost girls - through Burma with the scrutiny of an unforgiving military junta to Cambodia and an illicit drug trade.

Learn more about RyshiaKennie by visiting http://www.ryshiakennie.com/  Ring of Fire is available from Black Lyon Publishing.

Ryshia is giving away a copy of Ring of Fire to one lucky winner. Got a question? Ask away!

Great interview! Your book sounds interesting, I love the cover!:)

Estella - The only travelogue I have is my rough travel journal that I take with me on trips. The new books are suspense set where possible in places that I've visited.

Chelsea - I love the cover too - I'm lucky to have a publisher that catches the feel of the book every time.

Hi Ryshia! Happy Thanskgiving! Can you tell us about the characters for your next books? From where do you get your resources?

do you travel for all your books?

Hi Syeda - I travel when I can. My first book was set in Saskatchewan during the depression. So travel involved interviewing people who had lived through the depression. And, of course, living on the prairies made the setting combined with the stories come alive. With Ring of Desire - honestly I didn't travel but I did a lot of research. That combined with a life long love of of the era made it feel like I'd traveled.

In stories that follow my first two - I have traveled to the locations in which they are set.

Hi Lady Graeye - Happy Thanksgiving to you too!

The characters for my next books are rather an eclectic bunch.

Garrett is my heroine with more attitude than size. She basically swaggers her way into the Borneo rain forest hunting that elusive bug. Aiden might be able to fend for himself in his beloved rain forest but he has no idea how to defend himself against Garrett.

Claire is my heroine with the softer side. A journalist afraid of travel she ends up flying half way across the world to Cambodia. There she gets caught up in a drug smuggling ring which leads her to the hero. Simon is about retribution and justice and no real desire to settle down - until he falls for Claire.

Andra is my independent renegade with the soft heart. And Max, well he's my absent minded professor that really only needs to be loved. The two of them make their way through China in search of a lost love.

And Jon - he's my favourite hero to date. The transplanted Brit wants to make everything right for everybody. H's the true diplomat. And Lira, she only wants home and stability and to take care of everyone around her. She certainly doesn't want to traipse across Burma but she will - to find her missing sister. And she certainly doesn't want Jon - or does she?

As far as my resources - I research to make sure the facts are accurate. Most of my stories are set in locations I have both visited and researched.

This books definately is one I would love to read!

I've just started reading paranormals and this does sound like a good one and I'm a reader that doesn't necessarily need a HEA. (stephen king is also one of my favorites). Thanks for a chance to win one of your books!

I really like the sound of your book. I would love to win it.

Hi catslady - I was very tempted to add a twist to "Ring of Desire's" HEA where things might be good now but... - of course I didn't... I guess that's the love of horror that just doesn't die.

Hi Linda - Thanks and good luck!