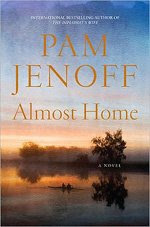 For ten years, Jordan Weiss, an intelligence officer with the U.S. State Department, has avoided returning to England. After the drowning death of her boyfriend, Jared, a fellow student at Cambridge, Jordan has been unable to deal with the crushing blow of his loss. Her work has taken her all over the world where she's faced danger and death, but the thought of returning to England brings her to her knees. Then she receives a letter from her good friend, Sarah, who asks her to come to London as Sarah is desperately ill. Jordan knows that Sarah would never make such a request unless she really needed her, so she begs her boss for a transfer, and it is reluctantly granted.

Jordan's arrival in England sends her life into a spin. Just the sights and smells bring poignant memories crashing onto her. Sarah is terminally ill but determined to live independently, so Jordan reports to her new assignment at the embassy where she's paired up with the handsome Sebastian Hodges for a potentially dangerous mission within the country. Before Jordan can even settle into her new flat, she's contacted by a former fellow student of hers and Jared's, Chris Bannister. Chris has found information about Jared's research and has questions about his death. When they discover that Jared was dead before he hit the water, Jordan is reluctantly forced to pursue the truth.

Jared's graduate research on World War II has turned up some secrets that forces today want kept quiet. Is this what Jared died for? Jordan and Chris pursue various leads, while Jordon must also work with Sebastian on their mutual assignment -– and both investigations prove to be dangerous for all of them. What is really going on? How many people know about Jared's work? All of the painful memories must be scrutinized by Jordan in order to find the answers.

ALMOST HOME is a thrilling, page-turning mystery that will have readers scratching their heads as more and more clues are unearthed. Jordan must squash her personal feelings as her professional side emerges and people around her are put in danger.

From the Waterstones in Trafalgar Square, to the description of the uniqueness of England, Ms. Jenoff shows her knowledge of the country, and why Jordan was so captivated with it when she was at Cambridge. The author's background as a State Department officer, as well as her own time as a student at Cambridge are evident in this terrific, fast-moving novel. The characters are believable, and the plot is filled with twists and turns that make this a great who-done-it. I highly recommend ALMOST HOME.