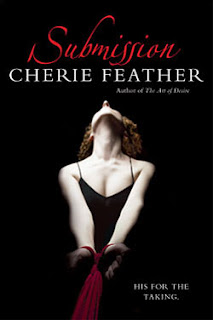 In 1913, a young woman journeyed to Santa Fe with her ill father, trying to ease the pain of consumption and improve his health. They spend their first few days at Curtis House, a beautiful hotel run by the dark, dangerous Javier Curtis.


Nicole is told by her friend Lenore La Shay that Javier likes the type of sex Nicole has never even heard about, but most of all he wants her. Can Nicole trade her innocence for someone who can pay the bills for her ill father? Lenore advises her to hold out for marriage, nothing less.


Ethan can't get Kiki out of his mind, as a Dominant he longs to make her his submissive, and knows just the ways he wants to make himself her master. When he goes to her place of work and invites her back to his house, she clearly understands what will happen, but apparently the needs of her body overrule her brain, and she finds herself doing things she's only read about. Then Ethan tells her about Nicole West and Javier Curtis, and the letters Nicole wrote about the innocent virgin and the man who wanted her enough to marry her. As a historian for the Santa Fe Women's Art Museum, she is drawn to the drama and history of the letters Ethan went to great lengths to find and return to the house where it all happened. For every sexual antic, Kiki is allowed to read another chapter in Nicole and Javier's story.

At Ethan's request, Kiki moves into the Curtis House for two weeks of no-holds-barred sexual play. As Ethan introduces to her to different types of sex play, Kiki starts to feel the presence of Nicole in the house. Are Nicole and Javier trying to reconnect after the way their relationship ended? Can Kiki stop any tender feelings for Ethan, and is Ethan just a man sating his sexual needs in every perverse way he can imagine?


Well, if you have ever wanted to learn about SUBMISSION, Cherie Feather has surely written a book that will open your eyes. I have read just a few books with fairly light bondage, but SUBMISSION goes all the way. Written from Kiki and Ethan's point of view, we struggle to understand why Kiki feels the need to satisfy Ethan's Dominant games, and how she at first is hesitant, but then fully embraces every new scenario he brings up. I love the integration of Nicole and Javier's story, and how an innocent young woman enters a sexual world she never dreamed of.


Cleverly interwoven, the story of Nicole and Javier is so similar to Kiki and Ethan it's as though their story is being repeated. Lenore is Nicole's friend who brought Nicole and Javier together, and Amber is Kiki's friend, who brings her and Ethan together. As you might guess, a book on bondage, discipline, sadism and masochism has few other characters other than the main ones.

Ooh! And an apt title.