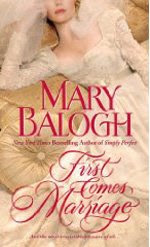 The small village of Throckbridge in Shropshire is all agog when its most prominent citizen, Sir Humphrey Dew, invites a titled visitor to attend the town's first ever Saint Valentine's Day assembly. No one imagines what it could be that brings the handsome viscount to town, least of all the children of their late vicar.

Margaret, the eldest Huxtable, promised their father to care for her sisters, Vanessa and Katherine, and their brother, Stephen, until Stephen reaches his majority. She'd already taken on the duties of mother and managing the household years ago. Margaret is quite talented at pinching pennies and stretching pounds. The Huxtables are a loving family; the younger ones appreciate the sacrifices Margaret is making to raise them. Still a great beauty at five and twenty, she has turned down all offers of marriage, even that of her true love. Twenty year-old Katherine teaches infant classes at the local school and is a dreamer who writes stories and poetry. Vanessa, now twenty-four, is a widow of eighteen months. She lives with her late husband's family, the Dews (she had been married to Sir Humphrey's younger son only a year before losing him to consumption), but visits the Huxtable cottage most every day. Nessie, as she is called by her intimates, may be the only Huxtable without the family good looks, but she's well loved by all for her cheerful personality. With three doting sisters, handsome face and charm, one might think seventeen-year-old Stephen would be thoroughly spoiled, but he's a fine young man with plans to better his life and pay back all he owes to Margaret and the others. Vanessa is the heroine of this first novel of four starring the Huxtables.

Elliott Wallace, Viscount Lyngate, is about to change the lives of the four Huxtables forever, but in the meantime, he reluctantly lets his good friend and secretary George Bowen persuade him to attend the local assembly, where his presence creates a sensation. Everyone is thrilled at his condescension...everyone, that is, but Vanessa, who considers him top lofty and arrogant. Yet she is the only one Lyngate dances with before taking refuge in the card room. Lyngate, on his part, wonders why he'd chosen the thin, drab one to dance with...but her dazzling smile makes her almost pretty.

The next day, Lyngate visits the Huxtables to inform Stephen that he is the new Earl of Melton, owner of Warren Hall in Hampshire and several lesser properties. He also states that he, Lyngate, is his guardian and that he expects them to move immediately to Warren Hall.

I've awarded FIRST COMES MARRIAGE a Perfect 10 mainly for its wonderful characterization, but also for its riveting plot. It starts off with a moving prologue that cannot fail to entrap any reader. Then, in chapter one, Ms. Balogh's quick sketches of the people and the town bring them all vividly to life. The rest of the novel follows the Huxtables as they ready themselves to join Society while remaining true to themselves. As for the relationship between Vanessa and the viscount, two more mismatched people are hard to imagine, yet even as they rub each other the wrong way, a strange attraction persists.

All the Huxtables are immensely likable, and Lyngate becomes so as well, but FIRST COMES MARRIAGE is rich in secondary characters. There is one so intriguing that I don't want to spoil your enjoyment by saying too much. just watch for Con and try to decide about him for yourselves if you can.

I highly recommend you read FIRST COMES MARRIAGE. It will be followed in consecutive months by Katherine's tale in THEN COMES SEDUCTION in April, Margaret's tale in AT LAST COMES LOVE in May, and Stephen's story, SEDUCING AN ANGEL in June.

I liked this one a lot, definitely looking forward to the next in the series.