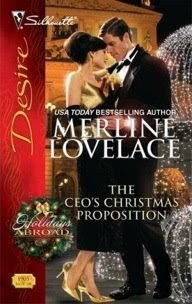 Travel planner Devon McShay loves her job, but hates Christmas. So, when a few days before Christmas work has her waiting in a German airport to escort a client to his destination, the last thing she expects is to be greeted with a heart stopping kiss. Her client, CEO Cal Logan, has mistaken Devon for her fellow employee Sabrina. But the aftereffects of their kiss continue to linger even after they are suddenly stranded in Dresden by an ice storm. Devon knows going to bed with Cal is wrong. She can’t afford to get involved with a client, but the man is too damned hard to resist. When the power goes out, she suddenly has no choice when the warmest spot in the hotel is between the sheets with Cal.

His devil-may-care decision to pursue Devon might not be the wisest decision on his part, but Cal figures a little holiday fling is just what he wants for Christmas. Oh, he’ll get what he originally came for, an important financial deal, but when the city comes to a standstill during the storm, there’s not much to do but get to know the pretty travel consultant. And, keeping warm under the sheets is the best way to accomplish the task. However, will what happens in Dresden stay there, or will their affair continue on to Salzburg?

A holiday romance against the backdrop of Christmas in Germany and Austria fills the pages of THE CEO’S CHRISTMAS PROPOSITION. Devon makes it clear right from the start that she doesn’t like Christmas due to her parents usual battles during the holiday time and a bad marriage. And she’s only here right now because Sabrina fell ill and they needed a replacement right away. Meeting Cal has thrown her for a loop, and she can’t deny there’s something between them. She’s determined that she’s not going to fall for Cal, but will her resistance soon fail under his equally determined seduction?

Cal is used to being pursued by beautiful women; however, Devon makes it clear she’s not going to jump into bed with him at the drop of a hat. The resulting ice storm soon has her changing her mind, and now it’s up to him to also show her the delights of spending Christmas in Europe. Will their romance end when the holidays do? Will Devon discover that spending Christmas falling in love is the best thing to ever happen?

Filled with interesting cultural tidbits about Christmas in Germany and Austria, THE CEO’S CHRISTMAS PROPOSITION is a feel-good read to snuggle up with during the holiday season. Merline Lovelace’s prose has you feeling as if you’re right there in Dresden and Salzburg, experiencing the sounds and smells with Devon and Cal. Add in some smoking hot love scenes, and readers have a well rounded tale that is sure to please.

Start out your holiday reading right. Pick up your copy of THE CEO’S CHRISTMAS PROPOSITION.