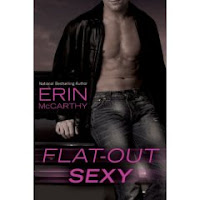 Tamara Briggs is a young widow and mother of two small children, Petey and Hunter. Her husband, Pete, a top NASCAR driver, was killed when his car spun out of control and hit the wall at Talladega. Tamara has vowed never to be involved again with anyone who is a daredevil, and is looking for a safe relationship. Tamara should know, be careful what you wish for. Geoffrey, Tamara’s date, is safe, kind and a dud. Tamara realizes what a mistake Geoffrey is when they attend a cocktail party prior to a big race in Charlotte. No way is she is going to spend the night with him. After conferring with her best friend, Suzanne, and after several glasses of wine, she decides to dump Geoffrey. With that thought in mind, Tamara turns abruptly around and bumps into Elec Monroe, spilling her merlot on him. Be still my heart.

Elec Monroe is a rookie driver for NASCAR. He is also a captivating and very sexy man. Elec hates to attend these cocktail parties, because there are so many women looking to snag a driver. When Tamara and Elec bump into each other, Tamara feels like a foolish, bumbling teenager, and Elec is immediately smitten with her. The heat from these two is FLAT-OUT SEXY.

Tamara decides to leave the event, and her late husband’s best friend, Ryder, tells Tamara she can stay in his RV coach, which is parked at the racetrack. Ryder notices Elec is also leaving the party and has him escort Tamara. Could Tamara’s timing be any better? Of course, they embark on hot passionate sex. Tamara is a responsible woman who doesn’t do one night stands, and she isn’t sure how it happens, but the one night stand turns into a serious attraction. Tamara has her own issues to work through. Yes, Elec is younger by six years, she has two children, he is a daredevil, and her father-in-law hates his family. This relationship is running on the fast track; can Tamara take the risk to experience the power of love?

FLAT-OUT SEXY is a fast-paced read. Tamara is a widow and a dedicated mom who is re-entering the dating world. Elec may be younger, but he can teach Tamara a thing or two about life. The searing passion between these two is explosive, and the action starts on page one and doesn’t stop until the last page. Erin McCarthy has written a fun, sexy read. The love scenes are sizzling, and the characters are memorable. Pour yourself a glass of merlot, ladies, and enjoy.

Love NASCAR! (But was not happy with Jimmy Johnson winning...again!)

Coo, this review is up after the season was over Sunday (back on in Feb for the Daytona 500). I won't be missing this one. Great review Deborah!