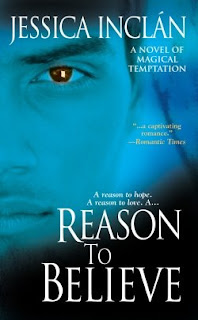 Because I am just starting a new romance this week (my last was Being with Him), I have been thinking about romance novels and why we love them so much. I think the main reason is because romance catches us at the beginning of a love story, at the place that is beautiful and perfect and amazing. That’s where I want to work toward in all my stories, though I know some romances go further into a marriage, further into the story. And, sometimes, the lovers part ways. But mostly, we are at that beginning. That joy. That excitement. It’s what we want to have ourselves—and we likely have at some point in our lives and we want to relive it. Who wouldn’t? What comes next in the true story of our lives isn’t often in a romance novel, but it is what can happen. The marriage and then, maybe, the divorce.

Unfortunately, I’ve just been divorced. No one really goes into a marriage saying, “Okay, I’ll be married for a little over twenty years, and then it’s over.” After many years of life and after listening to friends who have gone through divorce, you'd think I would have understood the process. But I guess the part that I understood or thought I understood and thought was the hardest part was the actual separating. The leaving. That part where two people decide that it's not working--or one person decides and then the other goes along with the idea, either happily or kicking and screaming or with a shrug. Actually, there is no shrugging in leaving. There are tears and feelings of loss and betrayal and excitement and guilt and sadness and remorse and unworthiness and glee and joy and misery and exuberance and fear and hatred and love and longing. But no shrugging.

Then there is the part where you continue to stay apart and learn how to live alone again. I've had friends call me during this dark night of the soul, the hard times at night, alone in the marriage queen-sized bed. That's a whole matinee's worth of tales--you can hear the opening film credits, the sad music playing as we see the sad character alone clutching her pillow. But then the music changes, gets happier, more lively as the person learns to live again. But I think I got that part, too. The leaving and then the figuring out.

Here is the one story about divorce that always worried me, even when I was married. A Friend and her husband broke up, and he left her in the house, along with the mortgage payments. Written up into the settlement was the item that she would buy him out of the house when their youngest daughter graduated from high school. Meanwhile, this said former husband went on the make a huge pile of money, buying a huge house, taking his daughters off on vacations to Fiji and other tropical climes, and my friend lived in the little house by the freeway quite happily, but clearly not high on the hog.

I was so worried for her that he would make her live up to that part of the settlement. How could he? How would he? The stress continued. And then, finally, I heard that he never said a thing. Never asked for half the money for the house, which, by now had shot up in Bay Area prices. She made it!

Okay, that's an after story. That's an after the leaving and the getting used to leaving. That's a divorce story kind of in the The First Wives' Club vein that I needed to hear more about. I thought that novel and movie were made up! I thought they were fiction.
Where was I living? Under a rock?

The deal is this. Money and pensions and artwork and china and college funds and money relatives lent during the marriage all come into play. It gets ugly--who pays for what? How much does a marriage cost? Do you really own half of things I created in the marriage? Do I really own half of everything that's yours? How much do I owe for loving you? For leaving you? For wanting to kill you!

Here's the thing. No matter what happened in the marriage at the end, in the beginning and probably for a long time, there was this person you loved. There was likely that part that is in romance novels. Here was this person you really liked enough to get married and have a couple of children. Here's this person who will know you in a way that really no other person can know you. If you married young as I did, here's this man who watched me grow up--and I had a lot of growing to do. We stood by each other through parts of our lives that weren't so great. We were broke together, finally bought houses together, loved each other and our children. I will always know him, even though I will likely not see him much for the rest of my life. His jokes, his mannerisms, his smells, his voice, his words--they are all in me. What he said to me over the course of 23 years and who he is is imprinted on my heart and mind. No matter the before leaving and after leaving, he is likely the most important man in my life, regardless of everything else.

And now we are fighting about money and old debts and house insurance and senior year photos. We email to each other with the gloves off. We can't even begin to talk on the phone. And we've already signed the papers!

I probably should go to the library and look for a n After Divorce for Dummies book. There has to be one. Clearly, I need it.

What words of advice or thoughts do you have about divorce? Stories about love? Romance novels at the beginning of the relationship and staying there?

Hi, Jessica, Thanks for sharing today--I don't have much advice, but just wanted to offer a virtual hug. I guess it's a difficult place you're in right now--I don't know if it would help to try to keep in mind the person your husband is when you're communicating with him--not just the conflicts that are so horribly injurious right now, but also the good things, assuming that you might want to continue any sort of cordial communication in the future. It seems that sometimes couples who divorce end up keeping only the horrible stuff in mind as they split, and it seems so painful that way.

Please take mine with a grain of salt because I don't really know what I'm talking about :(

Best wishes, Jessica! Thank you for sharing what's on your heart.

Thank you for your comments. I do think the worst of the divroce is behind me, but the aftershocks continue.

One day, I do hope that we can both remember all the good things and times, children being two!

I appareciate your thoughts so much.