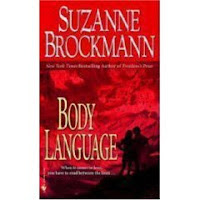 Clint McCade has been in South America for months as a highly paid cameraman, and when he returns to his apartment in Los Angeles, he knows something is missing...in his apartment, in his LIFE. He has finally realized his friend Sandy Kirk is not just a friend from their traumatic teen years, but his true love. The last time he remembers being happy was when he spent two weeks with her. She may only see him as a friend, but McCade has finally, finally realized that it's love he feels for Sandy, not friendship. Answer? Get on his motorcycle, ride to Phoenix, and get on with the rest of his life.

Clint McCade always arrives in Phoenix on his motorcycle at odd times, and then leaves just as quickly. It starts with short rides at night, then longer ones, then the wanderlust takes him over and he's gone again. Cassandra (Sandy) Kirk has loved McCade for years, but is determined to get on with her life. After years of looking, she has found the one man who just might be compelling and exciting enough to consider marrying. James Austin Vandenberg the Fourth is the right hand man for Simon Harcourt, who is running for governor. Sandy's company is going to make his campaign commercials, and Jim is definitely the one for her, but he just doesn't seem to be interested. What Sandy doesn't realize is that every time she gets around Jim, she freezes up and can't make a connection with the only man to interest her in years. Now with McCade in Phoenix and staying in her living room, they fall into their old relationship, only this time each of them realizes love is part of the equation now, but neither one is sure that it's on both sides.

McCade decides the least he can do is teach Sandy how to seduce Jim, starting with the way she holds her body when talking to him, or her body language. But the funny thing is, no matter how much he teaches her, her body language is better towards him than it is to Jim, giving him a semblance of hope. And they might as well pretend to Jim that he is, maybe, more than a platonic friend; maybe that will also ratchet up his interest, and it does. When Jim finally sends up undeniable interest waves, Sandy realizes that, while he's handsome and nice, almost as great as McCade, he still isn't McCade. Should she take what she can from McCade before he leaves in the middle of the night again, or deny herself what she wants the most? And can McCade help Sandy get Jim's attention and deny himself the thrills and heartfelt feelings of love that he knows he and Sandy will generate if they get together?

Suzanne Brockmann's deft handling of BODY LANGUAGE is noticeable in the entire story. Here, the man for once knows and accepts love, but realizes that perhaps Sandy can find love with someone other than himself. Written from Sandy's and McCade's points of view, we learn how each of them is afraid to acknowledge their love to the other in fear that their long term relationship will be broken, and that friendship is important and precious to them both. Entertaining characters with an intense, passionate story to tell is Ms. Brockmann's specialty, and she delivers here in spades.

Tony the Barber is a true friend who can easily sense the feelings of Sandy and McCade. Poor Jim is in the middle of things; first Sandy acts as if she's interested in him, then she's making kissy face with McCade. Does she want to take the relationship further or not? But Sandy and McCade more than fill the pages with their passion, love, and inner connection from years together that gives them a special bond.

BODY LANGUAGE is a reissue of a 1998 Loveswept novel, and the story is as fresh as ever; in fact, the political commercials and insider look is especially pertinent at this time. No matter what the year, BODY LANGUAGE is a great book and an exciting story by the Queen of Love, Suzanne Brockmann.